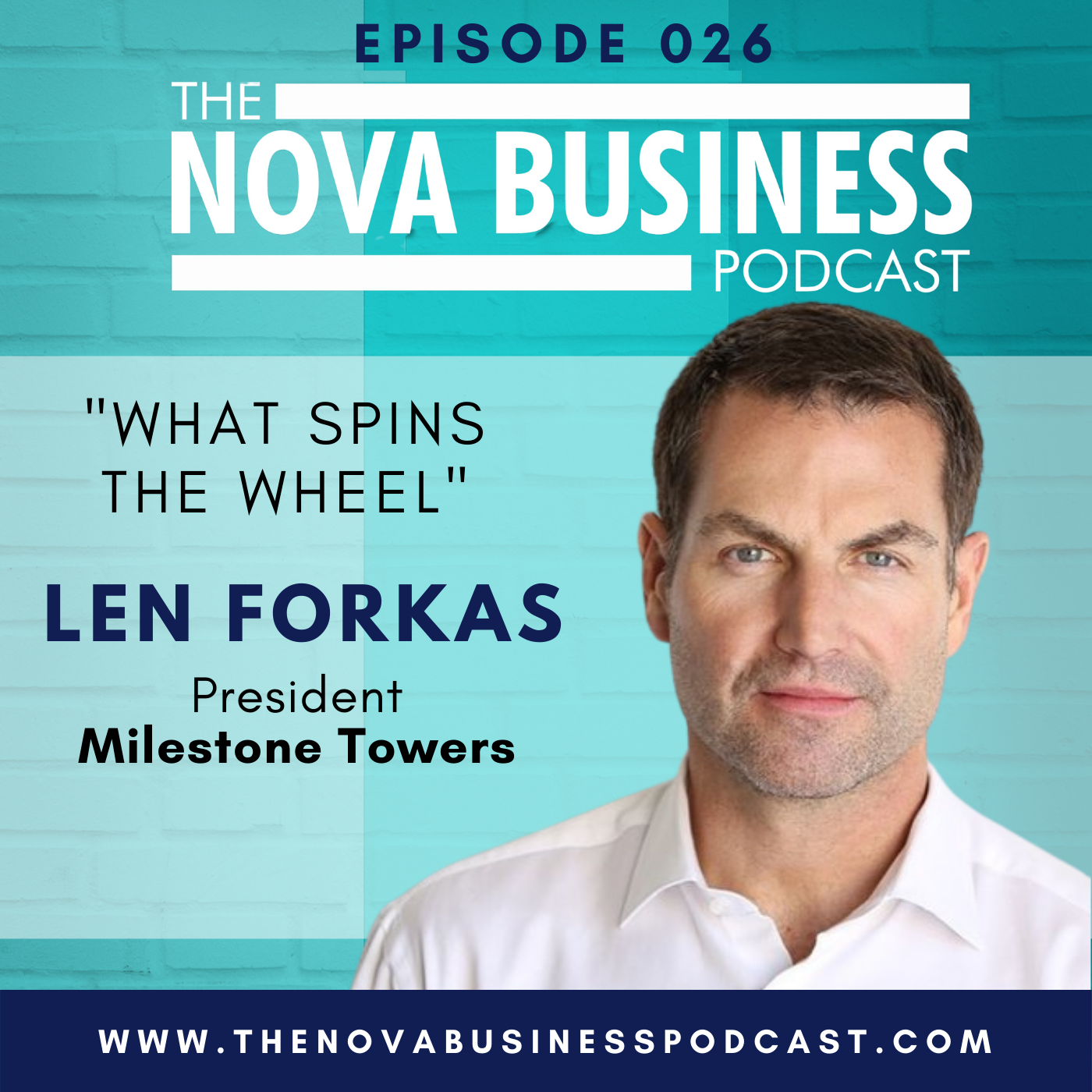 Len Forkas has over 20 years of experience leading businesses across Northern Virginia. His early rise in Real Estate Development led him to Wireless Communications – but he’s also an author, a passionate philanthropist, and motivational speaker.

Len is also a published author, leadership speaker, and endurance athlete. He has climbed Vinson, Elbrus, and Kilamanjaro - but also in 2012 he competed in the Race Across America, an endurance cycling event where he traveled over 3,000 miles in less than 12 days. This experience served as inspiration for his book, What Spins The Wheel. In his book, Len covers his journey in Race Across America – but also as a determined father, and entrepreneur -  helping to apply the lessons to life, business, and more.

The funds that he raised for this event were then donated to HopeCam, Len’s other passion in life. HopeCam was developed after his own nine-year-old son was diagnosed with leukemia. HopeCam helps to bring wireless technology and communication to children who are struggling with Pediatric Cancer in order to overcome social isolation and connect with their classmates. Interestingly enough, Len was ahead of his time with HopeCam as we find ourselves in an era of social isolation today.

In this episode, Len shares his story – which covers his background, the role that Milestone plays in wireless, as well as the current environment around broadband - but also his experiences and passions, and powerful stories about perseverance and endurance.