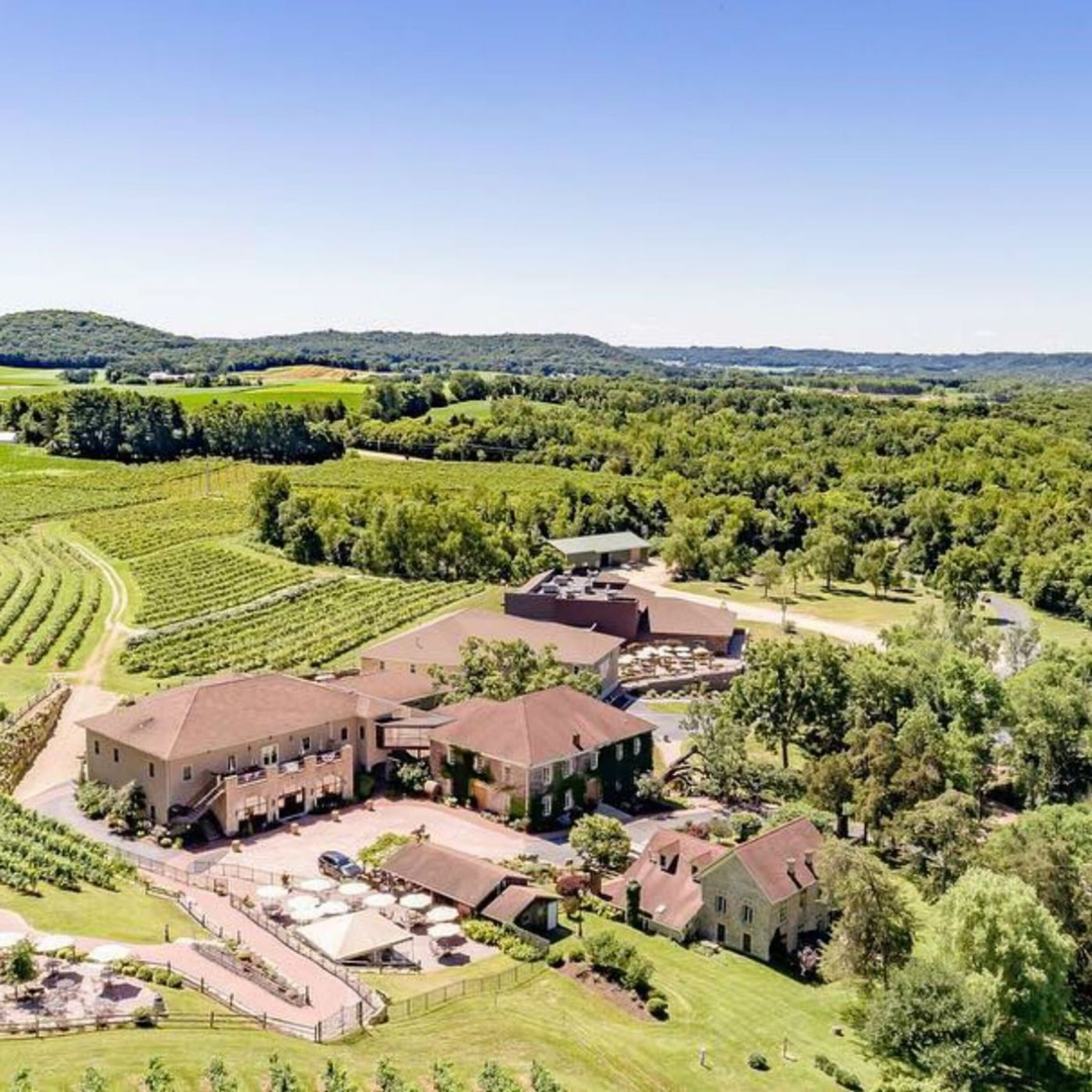 Welcome to The Best Five Minute Wine Podcast, I'm your host Forrest Kelly. From the seed to the glass, wine has a past. Our aim at The Best Five Minute Wine Podcast is to look for adventure and wineries around the globe. After all, grape minds think alike. Let's start the adventure. Our featured winery is: In Part One of our conversation with Philippe of Wollersheim Winery. We learned the winery had been purchased in 1972 and had been struggling until Philippe and his father-in-law came upon an idea. In 1988, I created a wine called Prairie Fume, which is made of Seyval Blanc, custom-grown in New York, a French American hybrid from New York State. We used to grow Sebald here in Wisconsin, but we made a different style of wine with it. So we bought grapes from New York State and came up with a totally different wine, a Pinot Grigio style 30 years ahead of the fashionable Pinot Grigio. We stopped fermentation. That was the first time we did that way back in 87, 88. So natural sweetness, no sugar, light, crisp, 10 percent of alcohol, high acid. And the first year we released that wine, it got four gold medals and it hit the news. When you first tasted it, did you know that? Hey, I've got something here. Yeah. And, you know, it's interesting because it was intentionally made. It wasn't like, oh, man, by accident. That tastes great. And that the intention was, you know, and I can I can picture myself in 1988 right next to the tank. And my goal was to capture the aromatics of fermentation in a bottle. So was OK, how do I do that? How can I freeze that fragrance? Because put up to this point your whole background and your whole family had let it do its thing and complete the fermentation process. But you want to stop it? Exactly. Absolutely. Yeah, I'm used to you know, I'm used to a dry red Beaujolais, fresh, fruity, light, but bold and dry. And here talking this white Seyval Blanc, it was I mean, it was perfume. It was aromatic. It was citrus. It was orange. It was it was so awesome. And so I wanted to capture that. That was my ultimate goal. So with crushin with cold temperature, knocking the yeast out and sulfite killing the yeast, then it was a stable white wine, a German style, let's call it that way, without the thickness of a German white. This one was more Italian Pinot Grigio, crisp, like fresh, fruity and it just it was a big hit. So when you were at that moment when you were tasting it, was there anybody else around or did you just run off and say, you've got to taste this, you got to check it out? My father-in-Law. I mean, we were working closely together. We developed that concept together. But, you know, I mean, just it was I knew it was, you know, deep down we had that secret excitement. It's one competition, a gold medal, second competition, another gold medal. And we never had we never had a successful wine like this ever. You know, I mean, the word got around in Michigan, the word go around in Illinois. The word got around in New York State. The Dallas Morning News wrote a nice article about it because we had gotten a gold medal in California as we as awarded a lot of gold medal to that line. So it it created its own own little interest. And and now this wine is 40,0000 bottles and we run out of it every year. Wow. And your wife probably looked at you and said, finally, I've got something I can market! Exactly. And I said, you know, it's an interesting development in life because without that wine, we really wondered if we were going to go bankrupt. You know, it was, you know, financially, it could not really support two families and and kids. And we were just wondering. And then suddenly I was just like a breath of fresh air. I just like, wow. Oh, that's the story gave me goosebumps. It's Prairie Fume. If you me and what are you doing Philippe? It's only ten dollars a bottle. I don't know. And, you know, it's funny because I was just running yesterday, we had a meeting with an apple orchard. They were interested. By how we do our apple brandy at the distillery and so on, and you know that wine, I'm sure we could even sell more if it was 12 or 13 or 14, the whole bottle. But, you know, we we have a great distribution only in Wisconsin, actually. And it's it's a ten dollar priced wine and it sells well. And and, you know, coming from Beaujolais, if I can make it full then and it sells and we make money, I'm happy with it. I'm not a big fan of 50, 60, 80 dollar bottle that so few people can afford. In part three, we learn about the distillery and the Bistro Wollersheim Winery. Thank you for listening. I'm Forrest Kelley. This episode of The Best Five Minute Wine Podcast was produced by IHYSM. If you like the show, please tell your friends and pets and subscribe. Until next time pour the wine and ponder your next adventure.