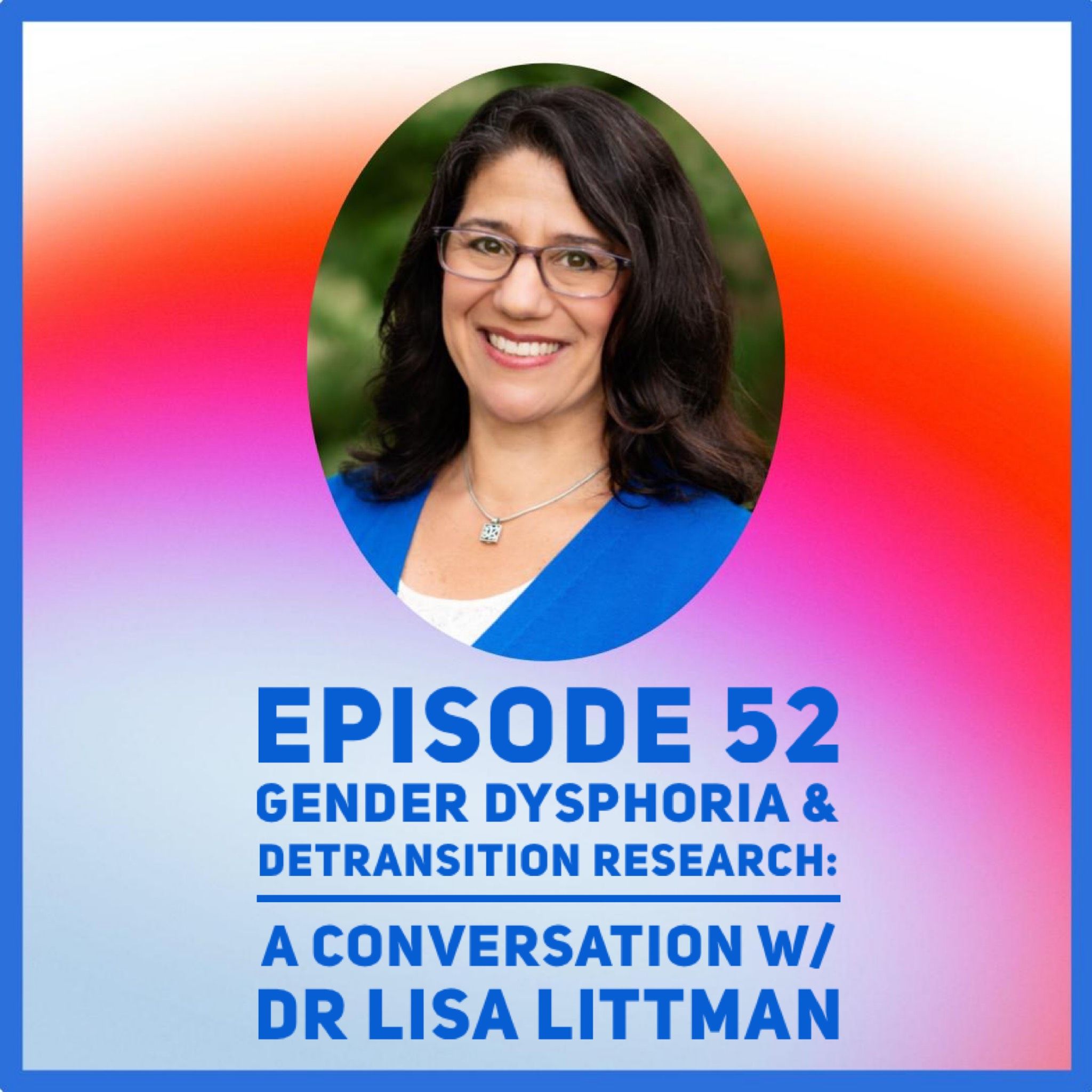 Dr. Lisa Littman coined Rapid Onset Gender Dysphoria (ROGD) in her seminal 2018 parental report survey. ROGD is a descriptive term for the phenomenon of young people suddenly announcing a transgender identity and experiencing gender dysphoria for the first time around adolescence. Dr. Littman’s latest ground-breaking study on the experience of 100 detransitioners was published in the last few weeks and we reflect on some of the most astonishing findings. In this conversation, Lisa also reflects on what she’s learned since getting embroiled in a controversy she wasn’t expecting. She shares some possible reasons why the topic of affirmative medical care has become so polarized. Lisa points out that patients get hurt when clinicians pledge an allegiance to a particular approach rather than prioritizing the well-being of dysphoric people.