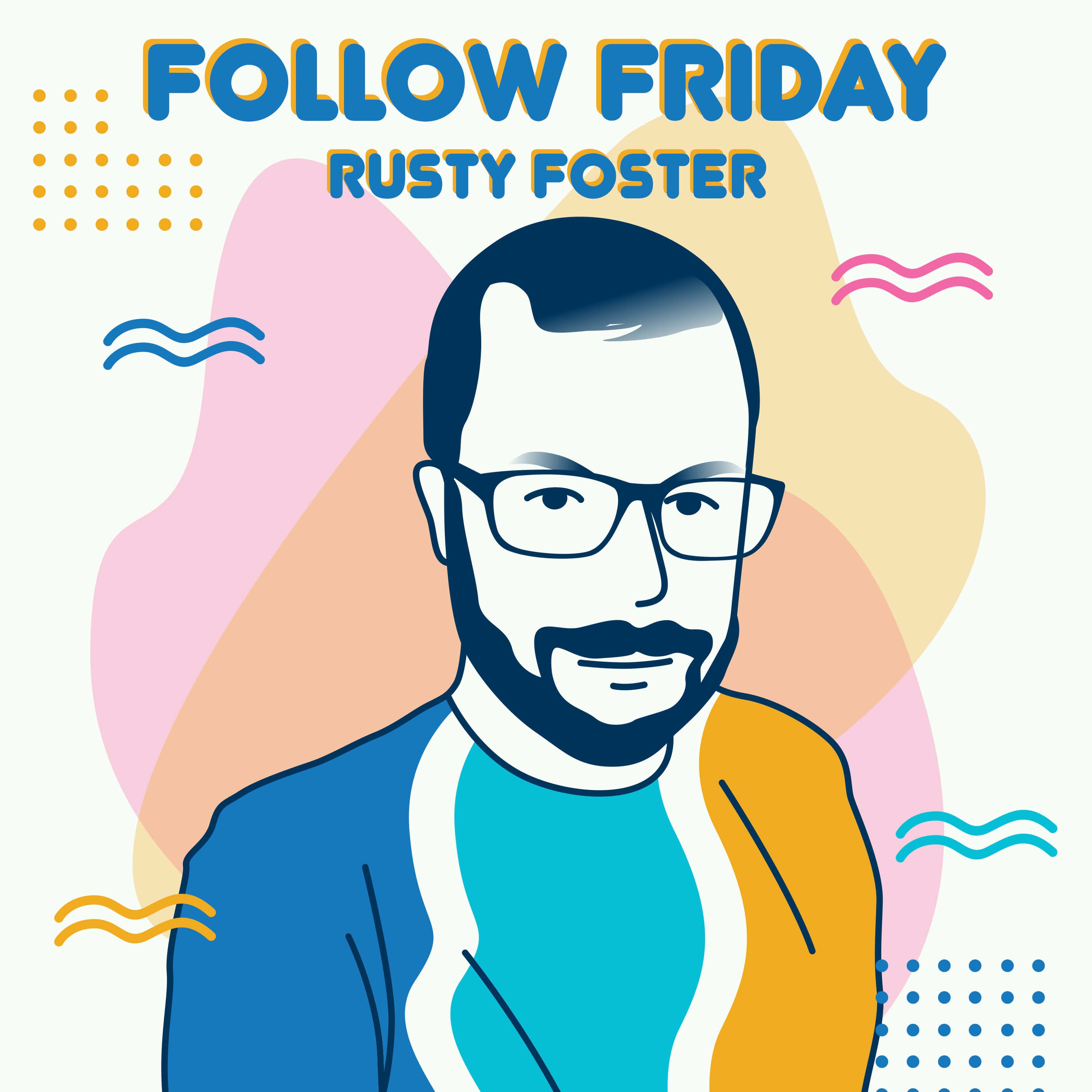 When Rusty Foster started the email newsletter Today in Tabs, in 2013, "tabs" was trendy media slang for the articles open in your browser that you were hate-reading. That meaning has faded into obscurity, but Today in Tabs is going strong, dishing up must-reads, great tweets, and a song every Monday-Thursday.

"I do the sort of thing that you do when you have a job where you don't have enough work to do, and you spend a lot of time procrastinating on Twitter," he says. "I do that professionally. I read stuff on Twitter. I keep track of the good tweets and I keep an eye on what people are talking about."

And on Follow Friday's Patreon page, you can unlock an extended version of this interview in which Rusty shares a fifth bonus follow recommendation! Thank you to our amazing patrons: Jon, Justin, Amy, Yoichi, Danielle, Elizabeth, and Sylnai.