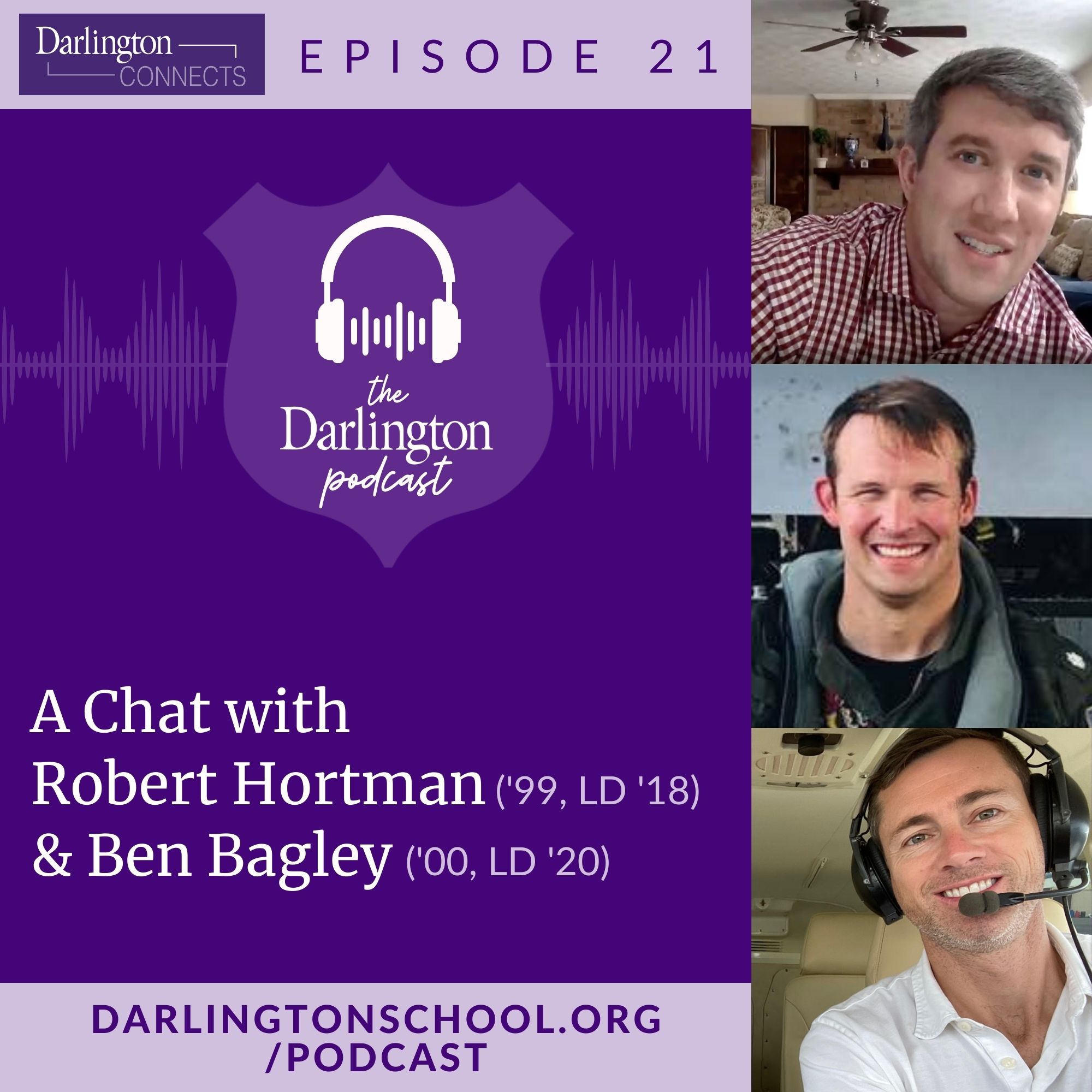 Welcome to Episode 21 of The Darlington Podcast!

In this Darlington Connects episode, Carson Raymond, director of major gifts, catches up with Robert Hortman ('99, LD '18) and Ben Bagley ('00, LD '20) who both work as pilots for FedEx Express. Robert and Ben have each had interesting careers that have taken them across the globe, ultimately leading to FedEx and the opportunity to move their families back to their hometown of Rome, Georgia.

Robert holds a B.S. in Systems Engineering from the U.S. Naval Academy. He served as an active duty pilot for 12 years across the globe in the U.S. Navy and continues to serve as a Commander in the Naval Reserves. Robert has been a pilot at FedEx Express since 2016.

Ben attended Auburn University where he majored in Aviation Management. He has been flying for FedEx Express since 2011 and is currently a 767 Captain. He was previously domiciled in Hong Kong, Anchorage, and Dusseldorf, Germany.