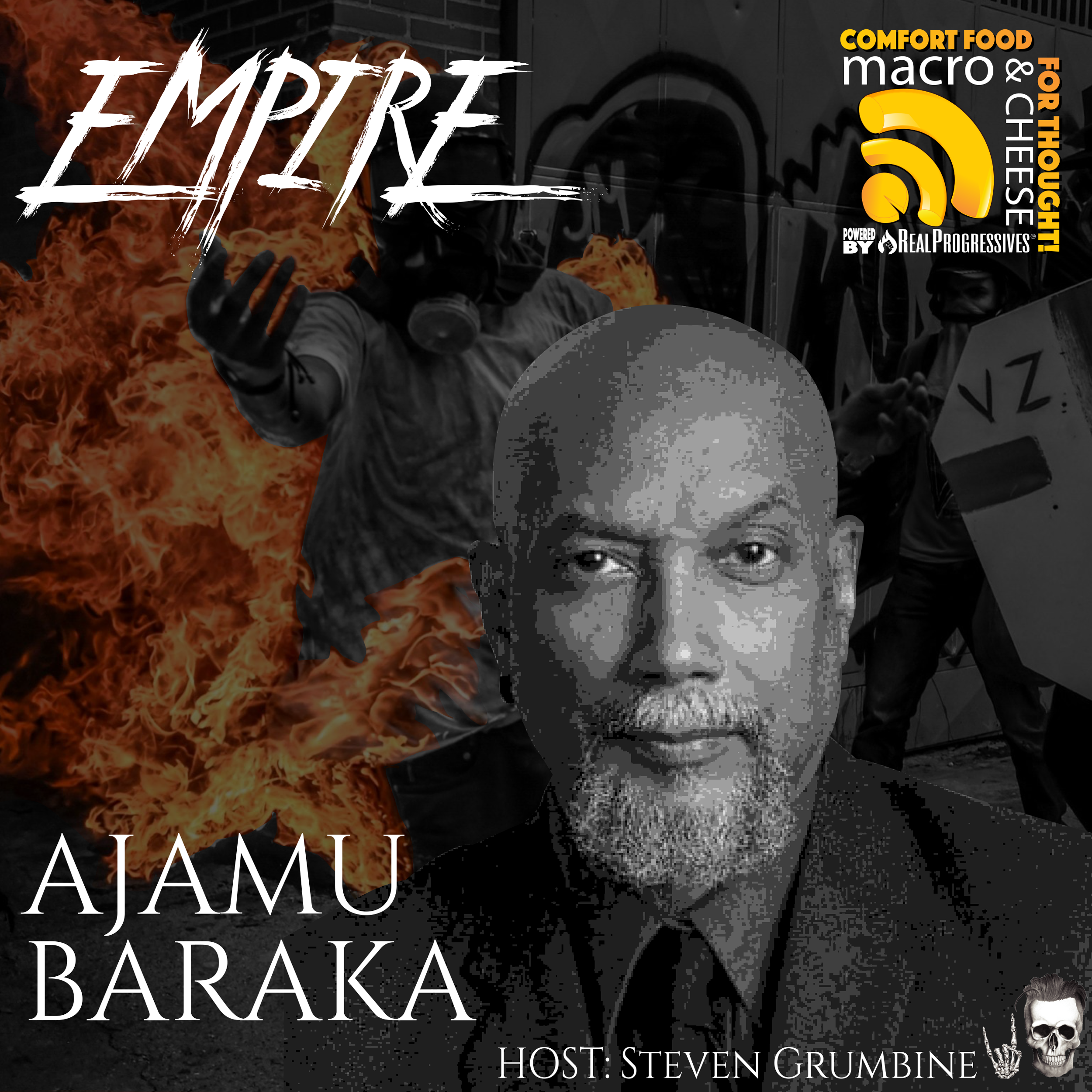 In the midst of the chaos of the campaign season, it’s important to remember that there’s a whole world out there, where people are suffering in large part due to the actions of the US. Our guest Ajamu Baraka is never far from that reality and his global perspective is woven throughout this interview. He is an internationally recognized leader of the emerging human rights movement in the U.S. and has been at the forefront of efforts to apply the international human rights framework to social justice advocacy in the U.S. for more than 25 years.

Ajamu is co-chair of the Embassy Protectors Defense Committee. The Washington, DC, trial will begin on February 11th, and he tells Steve the story of the events leading up to it.

Many Americans are unaware of the extent of the international sanctions that have been put in place - by both parties - over the last decade or so. It’s not just Iraq and Iran; there are now around 33 nations under sanctions. Ajamu wants us to understand that US sanctions aren’t simply geared towards top officials but are structured to bring real pain to innocent civilians in hopes that they will rise up against their leaders and achieve the regime change that is the true agenda of the US elite.

The problem is that sanctions don’t merely cause discomfort. People are dying. In Venezuela alone, over 40,000 have died as a consequence of US sanctions since 2017.

To understand the situation in Venezuela, one must consider the history of colonialism in Latin America and the liberation struggles that emerged in the post-World War II era.

Over the last few years, progressive efforts have been undermined in Bolivia, Ecuador. and Brazil. In Venezuela, a phony election in the Senate resulted in the sham “presidency” of Juan Guaidó. Despite the fact that his position is not recognized by the UN nor the majority of the world’s nations, US support for him is steadfast. Against this backdrop, a group of activists occupied the Venezuelan Embassy in Washington, DC, with the support of the legitimate (Maduro) government. They stayed for 37 days until they were forcibly removed by federal and DC police.

Ajamu and Steve talk about the stepped-up repression of progressive movements domestically as well as abroad. They discuss our need to recognize and oppose the expansion of the American empire that savages the lives of millions.

Given that Ajamu was the Vice Presidential candidate for the Green Party in the 2016 election, Steve wanted to get his take on Bernie, the current campaign season, and whether it’s possible to enact a progressive agenda while the country is hamstrung by the two-party system.

Ajamu continues to build support for the Embassy Protectors and is working to organize resistance to aggression towards Iran. Refusal to withdraw forces from Iraq exposes how the US has become a rogue state.

Ajamu is raising awareness on the domestic front as well: A few months ago, Drumpf announced what is in effect a domestic military "surge." Under the guise of fighting crime, they will start with the infusion of federal dollars and military assistance to the first seven cities. The prime targets? The brown and black working class.

Ajamu Baraka is a human rights defender, member of the leadership, US Peace Council, national spokesperson for Black Alliance for Peace, a geopolitical analyst, United Antiwar Coalition member, and co-chair of the Venezuelan Embassy Defense Committee. He is the former vice presidential candidate for the Green Party.