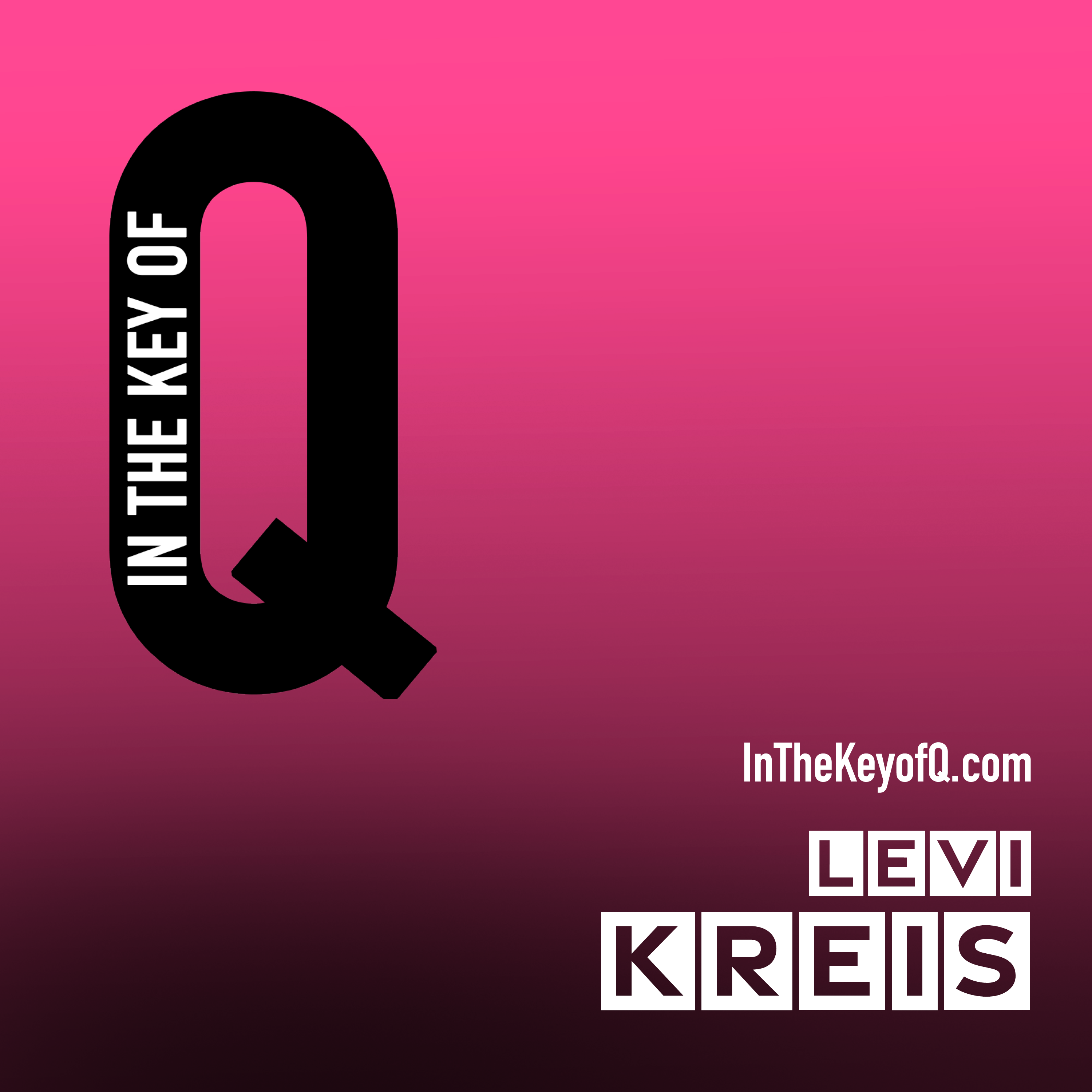 Welcome to In the Key of Q the weekly podcast where I chat with inspiring Queer musicians from around the world as they share stories, inspirations and of course their music.

Levi Kreis is a multi-award winner. Having gathered himself awards from Critic's Circle, Out Music, and most excitingly, the Tony's. Born in Oliver Springs, Tennessee his music features a fusion of styles influenced by gospel, country, bluegrass, and even rockabilly.

He says of his career, "I've always believed that our mess is our ministry. I may be more candid than the next guy about my obstacles and struggles. I am not interested in painting a perfect picture for the world to see not when people all around me need to know how to turn their pain into personal power. The driving force behind all that I do is narrow and define. I want to heal."

Even as a kid Levi had an eye for business. When offered a dollar to sing in the church for God, he suggests off the bat that given two he'd sing for Jesus as well! His deep relationship with the church and his amazing voice he was offered a lucrative gospel record contract. The contract vanished when he was outed by a betrayal within the church. Maybe it wasn't a bad thing as from the age of eight it taught him that his queerness was "detestable in the eye of god".

Falling into a domestically abusive relationship, Levi's mother works out that his violent "flatmate" is actually his lover. Whilst she appears to rescue him from harm's way, she resolves the 'rescue' with a promise that his devilish homosexual ways will lead to an AIDS diagnosis and death.

In search of community Kreis falls into the artificial comfort of crystal meth, and as his addiction grows he somehow manages to win a Tony Award in 2010.

Eventually breaking free from addiction he makes beautiful peace with his mistakes, his demons and wrong turns. "The truth is every pain brings you to power. Every mess is your voice to the world, and we need your voice." He is a true believer in the nature of things; the pattern of life.

His career has since continued to grow including a duet with alumni QBoy and a lead role in the US touring production of Hadestown.

If you enjoyed this episode why not take a listen to Oli Spleen.

In the Key of Q is a weekly 30-40 minute podcast publishing every Tuesday. I’m your host Dan Hall, and in each episode, I chat candidly with a gay/bi musician about their life and music.

Access exclusive interview content and support the production of this podcast by heading over to Petreon and making a small donation.

Enjoy the music of previous guests by listening to these playlists with tracks selected by the artists themselves.

Would you like to appear on the show? Or have an artist you'd like to recommend, please tell them to get in touch via email.