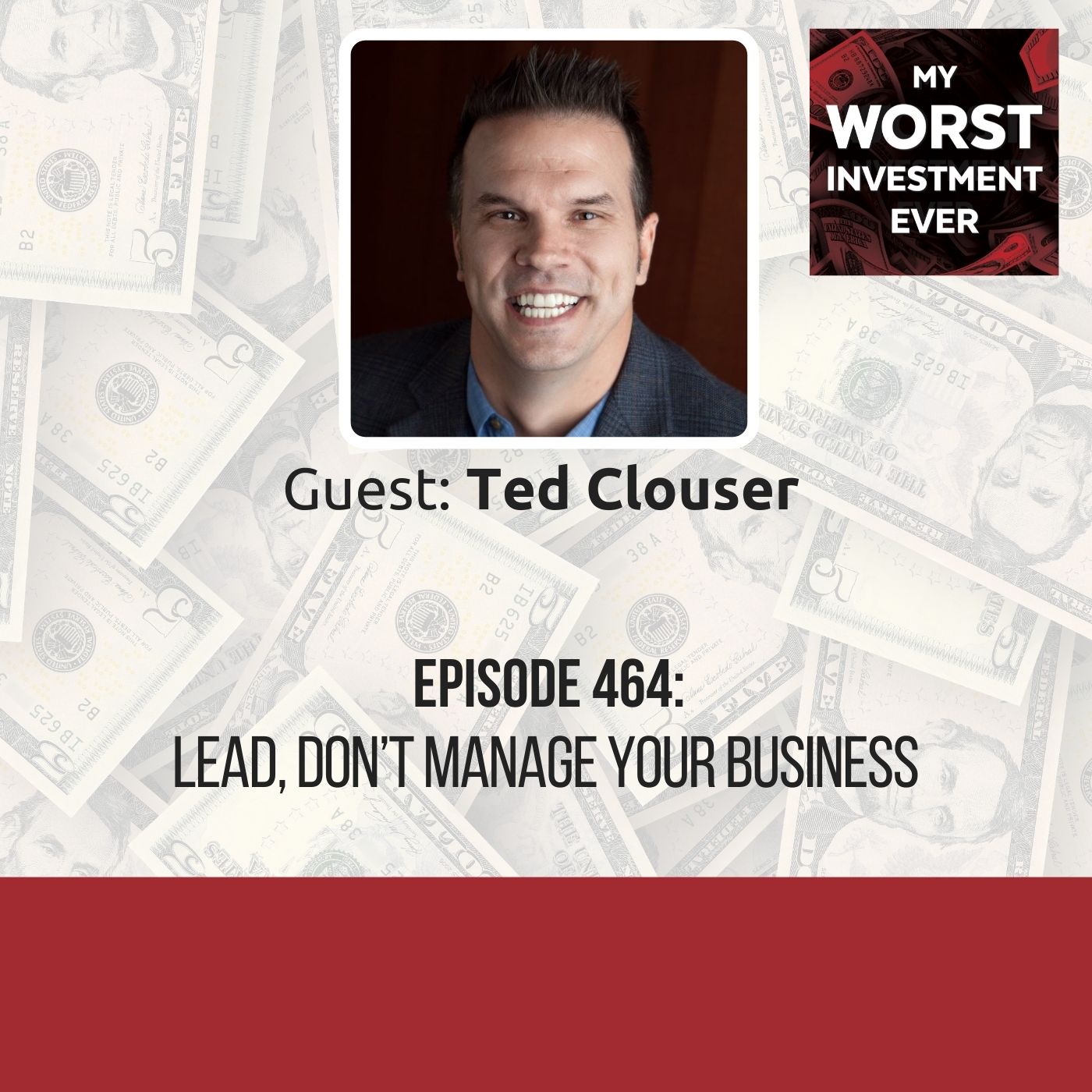 BIO: Ted Clouser started in technology at the age of 16 when he formed his own computer business. In 1996, he joined PC Assistance of Little Rock, and he and his wife purchased the company in 2018.

STORY: When Ted bought his company, he continued managing it instead of being a leader, leading to a couple of challenges, including a huge debt.

LEARNING: Seek counsel when entering a new venture. To succeed, you must put your doubts and fears aside.

“Go win today. Make it successful. Don’t worry about tomorrow. You’re going to get out of this one day at a time.”

Ted Clouser started in technology at the age of 16 when he formed his own computer business. In 1996, he joined PC Assistance of Little Rock, and he and his wife purchased the business in 2018. Within a year, Ted rebranded to PCA Technology Solutions and has expanded to a total of three locations.

Passionate about both people and technology, his firm focuses on Cybersecurity, IT Consulting, and Professional Services, Managed IT services, and Voice-Over-IP (VoIP).

Married in 1998 to Stephanie, Ted has a daughter at the University of Alabama and a son at Scotland Prep in Pennslyvania.

Ironically, Ted’s worst investment ever is the company that he’s the CEO of today. He joined PC assistance in 1996 and was fortunate enough to spend his entire career at that organization. Somewhere around 2018, the founder and CEO decided that he was ready for an exit strategy. So they began the conversation. Ted was the executive vice president at the time, had over 20 employees, things were very successful, and he figured it would be a slam dunk to buy the company. This seemed like a perfect transition. It made complete sense.

Ted’s advisors warned him that there would be challenges during the transition and changes as he went from VP to President and CEO, and he needed to prepare for them. He was, however, adamant that nothing would change because he’d acted like a president and CEO anyway. He believed it was going to be a smooth transition.

So fast forward to January 1, 2018, when Ted took over ownership, it was great. He was on a high, and things were really beginning to fall together. He felt like it was a dream come true, and it was for about six months. Then the nightmare began.

For about 20 months after Ted took over, an identity crisis started to unfold. He was in a state of depression, and the process completely changed who he was as a person. He came to realize that he had built a company, over 20 years, that was entirely dependent on him. It did not have any foundation and no processes. He also learned that he had an unhealthy identity with the organization. Ted had always seen himself as PC Assistance, and when he moved into a president and CEO role, he tried to be the vision caster instead of the guy that did it. He was simply managing and not leading his company, and this brought so many challenges, including debts.

Ted’s number one professional goal for the next 12 months is to make sure he doesn’t get in the way of what his team is doing. On a personal front, Ted’s goal is to be the best husband and father that he can be.

“Go for it. Dream big, seek counsel, and go win the day, every day.”