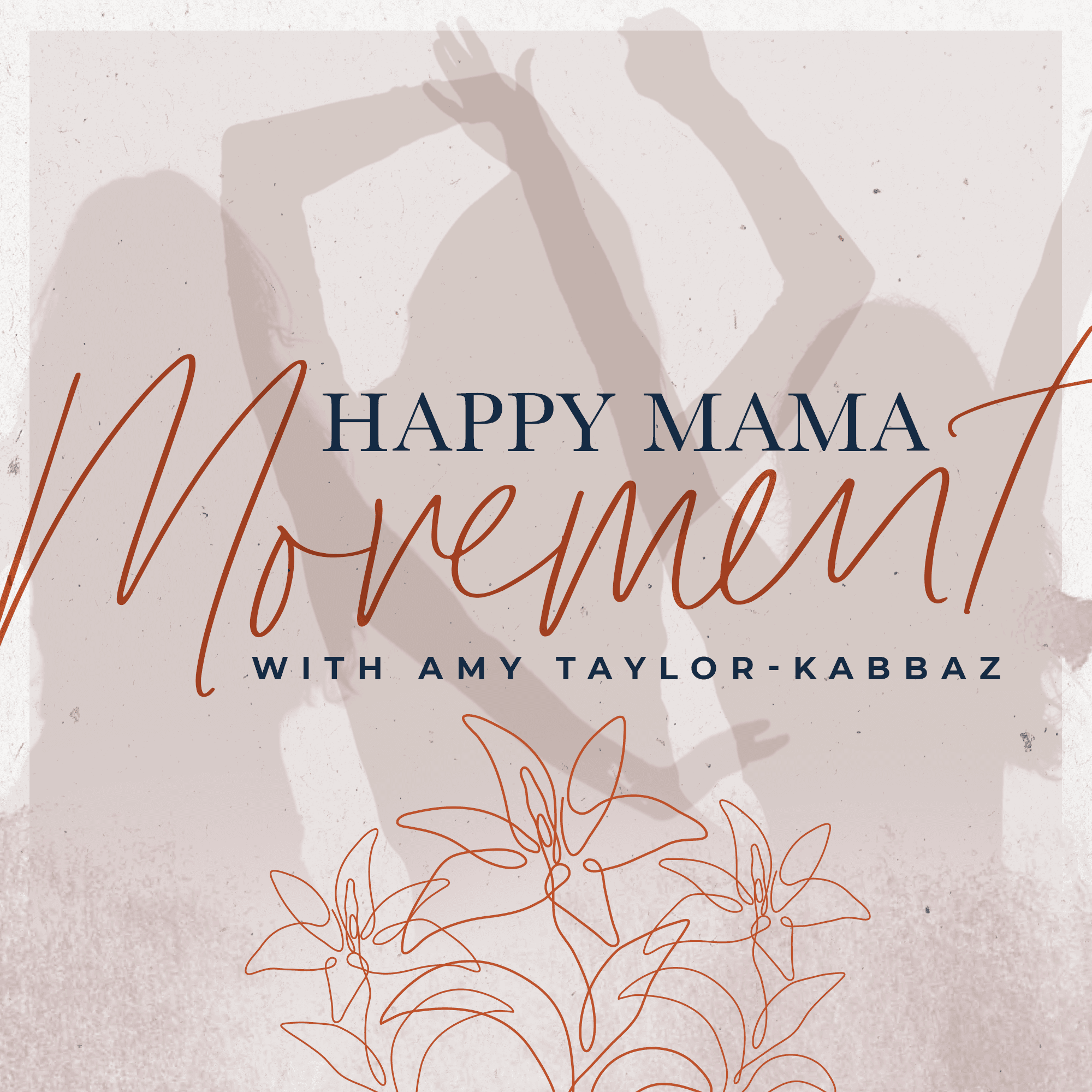 Amy contemplates how her experience of matresence has not always felt equal and balanced. There have been times throughout where it has felt okay and other times it has not. Motherhood can squish you and you hit the maternal wall, it demands all and more of us. And therefore, other parts of us are unable to flourish. Listen as Amy explores:

If you would like a deeper understanding of matresence and how we support women differently, Mama Rising facilitator training opens just once a year. For early offers and to join the 5 days to a motherhood revolution event before August, please jump on the link to join the wait list. https://mamarising.net/mama-rising-waitlist/

Welcome to the Happy Mama Movement Podcast. I'm Amy Taylor-Kabbaz. I would like to start by acknowledging the Gadigal people of the Aura nation on which this podcast is recorded as the traditional custodians of this land. And pay my respects to the elders past, present and emerging. And as this podcast is dedicated to the wisdom and knowledge of motherhood, I would like to acknowledge the mothers of this land, the elders, their wisdom, their knowing and my own elders and teachers.

Welcome back Mamas. I want to start today by sharing with you a reflection that I've had recently. As you all know, I have been a Mama for more than a decade, and of course in those 14 odd years have been through many, a sustained period where the balance in my life did not at all feel equal. Sick children, newborn babies, those moments where motherhood tends to swallow up every corner of the day, every waking moment and sleeping moment.

And I have been reflecting that there have been times in my life where I've coped with that okay. And other times where I have not. And I have something to reflect with you today. Of course, when I think about the times when motherhood has squished me in, there are also things to consider like my own health, the support I have around me, but that is not what I think has made the biggest difference.

Just recently, all three of my kids have been really sick again. And once again, disrupted nights. Nights I've been up sleeping on the floor, checking, temperatures, cleaning up vomit, the things we do. And somehow in the following days, even though I was physically tired, I noticed that the story I usually carry in my mind about how hard this is.

Why is this happening again? Wasn't there. I talk a lot about the maternal wall. This wall that we run into of the demands of modern motherhood that almost stop us in our tracks from following through, with what we had planned. Whether that is a career promotion, whether that is a catch up with girlfriends, a date night, a sleep in. This wall that we run into, because motherhood demands more of us.

And therefore the other parts of us are not able to flourish. I think this is the key that I wanted to reflect with all of you today. Because recently when those kids were sick again, and I had nights of not being able to sleep, I still felt like there was parts of me that were acknowledged.

I still felt like I was seen outside of that role of mother. That's because I have someone in my life right now who continuously says to me, you're a woman too Amy. You're a woman too. I can't tell you how healing and freeing that voice has been. That realisation has been. Because here's what I've recognised in myself.

It is very, very easy for me to lose myself in my role of Mama. I love my children so much. It makes me emotional, even just saying that these kids, especially with everything that has happened over the last few years globally, but also in their little worlds. Their happiness, their health, their wellbeing is the most important thing.

And therefore, when I find myself faced with a thought or evidence that they are not okay, I can very easily dive headfirst into that role of trying to fix it for them, of being there for them. Especially as, a lot of the time, they're with me and I am on my own as a parent now. So that role and responsibility for them has grown bigger and bigger.

It's in those moments where the role of mother stretches into every corner of my world and my day that that voice begins. It's so interesting, isn't it? It's such a contradiction. In one part, I will dedicate my day, my energy, my thoughts, my being to them happily, happily. And yet, if it goes on for too long, if I feel like I can't breathe in that, the beginnings of that resentment, that suffocation begins.

And it's because I forget that I'm a woman too. I see this in the women that I speak to. Sometimes it's this frustration that they can't get to the work, their dreams, their passions, like they want to. For others, it's a sense of not being seen by their partner, by their friends, by their community, outside of the role of mother.

This is what happens in that massive identity shift is that we not only see ourselves differently, but the people around us see us differently. We become the mother. But where can we be a woman too? How can we remember that we're also women with needs and desires. With dreams, with the need for space.

What I've recognised in myself is that that anger, resentment, depletion, exhaustion, all of the feelings come from when I do not feel like a woman too. Sometimes what that woman needs is space to record a podcast. To honor that dream she has around creating change in this space. Sometimes that woman needs two hours at the hairdressers where her phone doesn't buzz from one of her children needing something.

Sometimes what that woman needs is to feel free in her body. Is to not have her ears pricked for little voices. It is, I think, one of the biggest dances of matresence. This dance between being the mama that you long to be, and you want to be. Because it is a gift and an honor to have these children or child in your life and their happiness, their well-being their safety is so important.

And yet, when we dive so deep into that role, we lose ourselves. That's when the cracks show. This dance between the two parts of ourselves changes in different seasons. Obviously in the newborn season, the mother part of you is the biggest it will ever be. And the woman part of you contracts, it's still there though.

And as your child grows and they expand into their own world, we too need to expand back into being ourselves, a woman too. So many of us don't acknowledge that, we don't even see that we've lost ourselves until we really feel it breaking. The anger, the resentment. I swear on reflection this is why every single woman has signed up for my programs over the years, because they have finally recognised in some way that they've lost themselves.

So can you be the voice for yourself that reminds you you're a woman too. What do you need? Even if it's at the end of a period of having to be a full time Mama fully present. Last year, there were periods of weeks and weeks when nothing else in my world existed, other than motherhood, out of necessity to support my child, to be there as she needed me, it was all consuming.

If they know that this is not the right time. We can put ourselves on hold for short periods of time when it is needed. We will wait, the parts of us will wait. But if we allow ourselves to continue to dive into that space over and over again, without acknowledging that other part of us, she will get our attention.

She will show up as anger, resentment, or illness. She will scream to be heard. She will crave being seen. She will do whatever she can to be reclaimed again.

So, perhaps the thing for us all to consider is when we are in that deep role of mother and it is time for us to acknowledge ourselves again, because we can feel ourselves, perhaps getting angry, resentful the voice beginning inside our head. What does the woman need? Does she need to go for a run? Does she need to put in headphones and dance around the kitchen on her own?

Does she need to see her girlfriends? What does the woman need? Because you are a woman too.

Thank you for having these conversations with me and with each other. Until next week, Satnam.