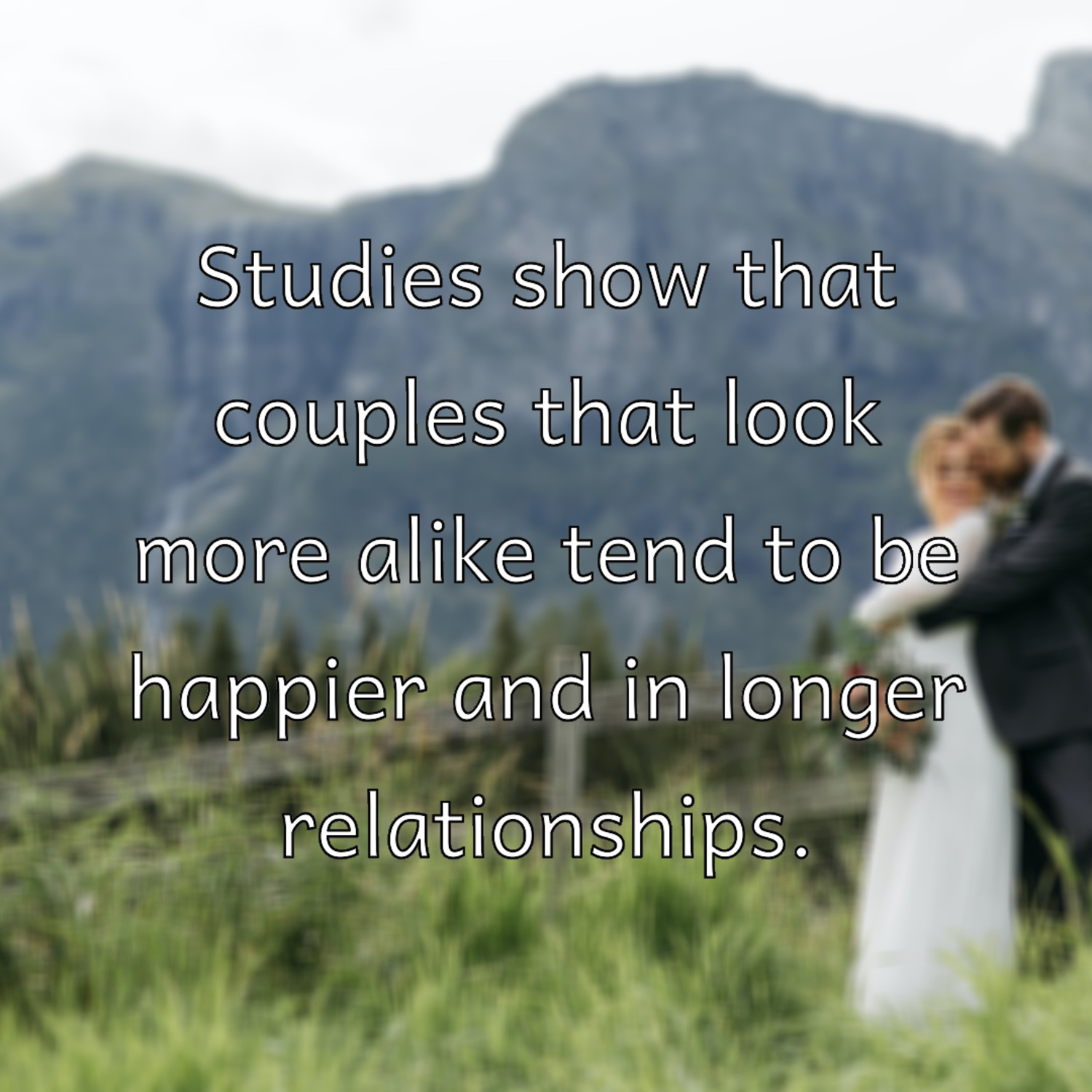 A study specified the traits that predicted the most relationship success if similar: agreeableness and emotional stability. Conventional wisdom says that opposites attract, but for successful long-term partnerships, shared values and similarity in interest, communication, preferences, etc. are usually more valuable.

We’ve taken a look at how love can take a back seat to problem-solving skills and a simple commitment to work and investment. Here’s another proposition: love may also be less important than how similar you are to your potential mate.

Would you want to date someone with the same traits and interests as you, or someone who is different but complementary?

It’s one of the questions we’ve asked ourselves multiple times without even realizing it. When we meet someone new, we instinctively wonder how we’ll fit together. Is it going to be two identical puzzle pieces, or are you going to be two puzzle pieces that fit together to complete the picture? Do you need someone that thinks in the exact same way as you, or do you need someone who complements your weaknesses and balances you out?

Conventional wisdom (something that people repeat enough so that it seems that it should be true) dictates that opposites attract. And at first glance, there is wisdom in this idea. Opposites can smooth each other’s flaws and make each other stronger in areas where they are weak. We admire people who can do things we cannot, so naturally we like our opposites at times. The whole is stronger than the sum of its parts.

Opposites can be complementary to us and introduce us to an entirely different world. It can be a thrilling challenge and take us outside of our comfort zones to grow as people. Things are novel and exciting every day. Besides, when you’ve just started dating someone, the honeymoon period effect is fairly strong and you overlook most things. Who’s to say that initially you would pay attention to how similar or different you two are?

The thing you might find adorable and endearing just might be the same thing that drives you up the wall after the honeymoon period. So what happens after the relationship is past that glorious honeymoon period? This is where conventional wisdom hits some rough spots. When the novelty dies, you’re left with two people who share completely different values.

Many people make the mistake of believing that their dissimilar interests and values will intertwine at some point. This is essentially the belief that you or your partner will fundamentally change. For example, that the other person will change or that you will eventually be able to change their minds about foundational beliefs that are tied to their identity. How many marriages have ended over the fact that one party wanted children, the other didn’t, and both thought the other would eventually change?

How many people have wished for their partner to convert religions or political positions for them but are upset when neither party wishes to change? When both parties believe the other person will change, it means they themselves aren’t willing to, and the chance of a compromise is even lower. Values don’t change as a result of osmosis or proximity. They’re deep-seated and, even with effort, can’t easily change. The same goes for interests.

According to the studies, truly successful couples tended to have similar interests when their relationship started, and they bonded over their similarity. They liked to do similar things and shared similar views on important issues.

Their similarity may even have been the impetus for their relationship beginning because it caused one of the parties to lower their guard and be open to the other. There’s a fairly strong evolutionary basis for preferring similarity. We were more likely to survive if we stuck to shapes, shadows, and sounds we recognized versus unfamiliar ones that could be saber-toothed tigers lurking in the shadows.

There’s also a very human element to similarity. What if you met someone and you discovered that you grew up just minutes away from each other in the same tiny town in another country? You’re going to automatically see them in another light and be more open to them, and this can be the beginning of a romantic relationship.

These differences in temperament, which are polar opposites, help complete both personalities. Both parties feel they are more complete individuals within the relationship. But the seeds of destruction have also been planted.

The rational banker is very big on money management and personal responsibility. The artisan, on the other hand, is not very good with money or time management. The banker’s cold personality orientation can lead to the artisan feeling shut out and as if defensive walls are up. The artisan is extremely spontaneous and carefree, while the banker must plan things days in advance (and not only because their job has long and demanding hours).

Sooner or later, that relationship will go on life support, sustaining it long after it should have naturally ended. The culprits here are the deep and fundamental differences in the personality orientations of the partners.

Both partners need to be honest regarding their own needs and those of their partner’s—sometimes you just can’t fulfill them because you are too different. Usually, people don’t change for others. They are mostly incapable of it, and that’s okay. The best they can do is alter their behavior to appease their significant other. And although that is important, it’s also ephemeral and therefore temporary—though not for lack of trying or absence of desire to accommodate.

A lot of heartache and fertile years could be saved if we internalized this fact of life. People usually can’t or don’t change who they are at their core. We all want to be the exception to the rule, but that’s statistically just not reasonable or possible.

What does this mean for your relationship? You have to try to suss out whether someone is really trying to change or just appeasing you with token actions. The former is a far stronger motivation, but unfortunately it’s not easy for people themselves to tell what is driving them—a desire to change or a desire to avoid negative consequences from you.

1. Extraversion: how much engagement with the outside world is preferred

2. Conscientiousness: how structured and disciplined one is

3. Openness: willingness to do things that are novel, new, and out of their comfort zone

4. Agreeableness: empathy, trust, and consideration for others

5. Emotional stability (or neuroticism): the ability to be emotionally unreactive and able to cope with negativity

After they rated their personalities, they also completed a questionnaire assessing how happy they were in their current relationship. The results were surprising given the thrust of this chapter.

Of the five personality factors, there were only two that mattered in relationship satisfaction: agreeableness and emotional stability. The other three factors, extraversion, conscientiousness, and openness, did not need to be similar for a happy relationship.

This might not be surprising if you consider that agreeableness and emotional stability are the two personality factors that could plausibly define compromise and how you might gracefully disagree and have arguments. The other three factors don’t take others into account.

Love matters. Or does it? Is it a social construct that has been sold to us via romantic comedies and Disney movies with dashing princes? Or is it something that is the subject of misplaced hopes and dreams?