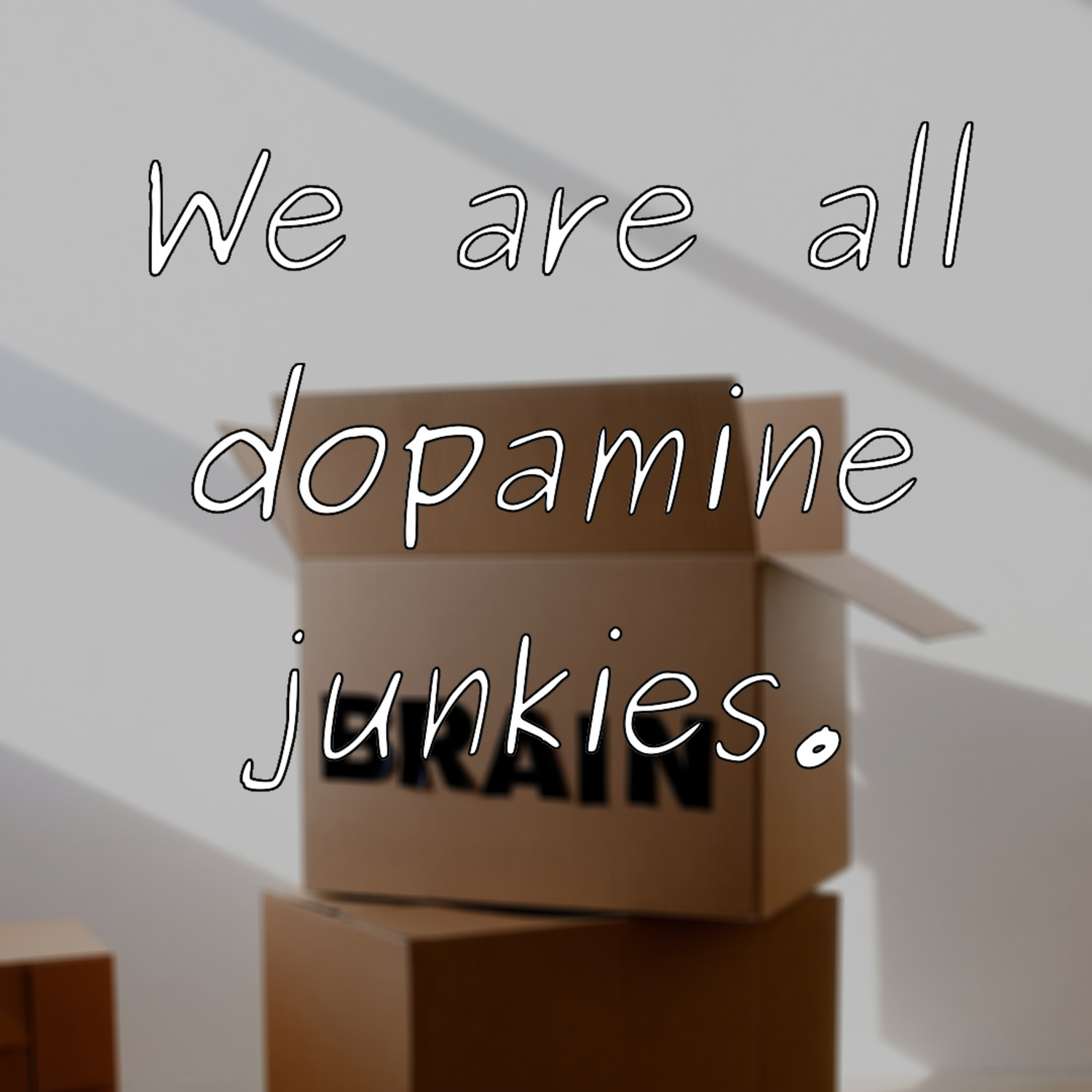 The pleasure principle asserts that the human mind does everything it can to seek out pleasure and avoid pain. It doesnt think; it doesnt analyze; it just acts like a blind animal urgently moving in the direction that it feels more pleasure and less pain. It doesnt have any sense of restraint. It is primal and unfiltered. It doesnt get simpler than that. An apt comparison, in fact, is a drug addict who will stop at nothing to get another taste of narcotics.

Almost nobody will argue against the importance of self-discipline, even if they know they fall short in practicing it on a daily basis.

Anyone with some life experience under their belt knows that they can accomplish more with a healthy sense of constraint and willpower. If they haven’t always exhibited self-control themselves, at least they’ve seen examples of successful people who have—and they’ll readily admit that such people at least appear to get more done than those without self-control.

Why do we fight against our own self-interests when it comes to instilling discipline into our own lives? Is it just that we don’t want to eat our vegetables? Not quite. Unfortunately, a major reason—a more general reason that directly or indirectly causes each of the five mental hindrances—is the brain itself.

The brain is a network. It’s fundamentally composed of nerve cells, or neurons. These neurons communicate to each other through chemical reactions—an impulse in one nerve fiber gets activated, then is converted into a chemical that flies across the gap and is received by another nerve fiber. This act, multiplied by about a trillion times a day, basically controls everything we do, say, or think.

That chemical that’s flying across the gap is called a neurotransmitter, and different neurotransmitters are responsible for different communications to the brain. It wouldn’t be inaccurate to say that our thoughts and reactions are determined by these chemicals. Self-discipline is especially tied to a specific neurotransmitter: dopamine.

Dopamine is one of the agents that work on the brain’s pleasure and reward centers. In other words, when we experience pleasure or reward of some type, dopamine is usually at the root of it—the greater the amount of dopamine released, the greater the pleasure we feel. It happens during and after a pleasurable event—you feel it while you are eating a dozen donuts and also after you finish a great workout at the gym. However, dopamine is also released in anticipation of pleasure or reward, which ties it directly to self-discipline.

The reality of the matter is that we are all dopamine junkies. We want it right now and as soon as possible. Our brains crave it, and it plays a big part in telling us when to act or stop. This trait makes it difficult for us to ignore something that gives us instant dopamine in favor of delayed dopamine, even if it will be substantially greater at a later point. Why go to the gym when you can eat a pie right now, even if you know what’s better for you?

Dopamine is what we seek, and this causes us to be ruled by one of the most well-known theories concerning human behavior—the pleasure principle. The reason it’s so renowned is because it’s also the easiest to understand. The pleasure principle was first raised in public consciousness by the father of psychoanalysis, Sigmund Freud, though researchers as far back as Aristotle in ancient Greece noted how easily we could be manipulated by pleasure and pain.

The pleasure principle asserts that the human mind does everything it can to seek out pleasure and avoid pain. It doesn’t think; it doesn’t analyze; it just acts like a blind animal urgently moving in the direction that it feels more pleasure and less pain. It doesn’t have any sense of restraint. It is primal and unfiltered. It doesn’t get simpler than that. An apt comparison, in fact, is a drug addict who will stop at nothing to get another taste of narcotics.

There are a few rules that govern the pleasure principle:

Every decision we make is based on gaining pleasure or avoiding pain in some way. You may have heard about the debate that there is no truly altruistic and selfless act in the world. According to this principle, there definitely isn’t. Even giving to charity would in some way bring pleasure or avoid pain. No matter what we do in the course of our day, it all gets down to the pleasure principle. You get a haircut because you think it will make you more attractive to someone else, which will make you happy, which is pleasure.

Conversely, you wear a protective mask while you’re using a blowtorch because you want to avoid sparks flying into your face and eyes, because that will be painful. If you trace all of our decisions back, whether short-term or long-term, you’ll find that they all stem from a small set of pleasures or pains.

Self-discipline corollary: doing what we need to do is often painful and devoid of pleasure, so we don’t do it.

People work harder to avoid pain than to get pleasure. Your behaviors will skew toward pain avoidance more than pleasure-seeking. The instinct to survive a threatening situation is more immediate than eating your favorite candy bar, for instance. You would rather avoid getting punched in the face than drink your favorite whiskey.

Self-discipline corollary: giving up is often less painful than persevering. So we give up.

Our perceptions of pleasure and pain are more powerful drivers than the actual things. When our brain is judging between what will be a pleasant or painful experience, it’s working from scenarios that we think could result if we took a course of action. And sometimes those scenarios can be flawed. In fact, they are mostly flawed.

For instance, you might be deathly afraid of heights. Skydiving would naturally be your worst nightmare. It is for me, anyway.

You might have no idea how it feels. You have probably never gone bungee-jumping or even ridden a roller-coaster. Perhaps the most you’ve tested your fear of heights is standing on the balcony of your two-story house. But the thought of jumping out of a plane makes you physically nauseous. You imagine how the feeling of weightlessness is a precursor to death. You imagine that you will indeed die.

But you haven’t actually tried it. All you have are perceptions and assumptions, and that’s enough to magnify the pain of skydiving to extremes. Incidentally, skydiving has an incredibly low rate of accidents and is over within a series of minutes. Your brain deals in the business of worst-case scenarios.

Pleasure and pain are changed by time. In general, we focus on the here and now: what can I get very soon that will bring me happiness? Also, what is coming up very soon that could be painful and I’ll have to avoid? Immediacy is king. One dollar right now is far more attractive than five dollars in one month’s time.

The pleasure and pain that might happen months or years from now don’t really register with us—what’s most important is whatever’s right at our doorstep. This certainly doesn’t help our sense of planning for the future if we are stuck in the present moment.

Self-discipline corollary: the rewards we seek are rarely immediate, and often, the longer-term they are, the greater they are. But we’re stuck in the now, so we avoid action.

Emotion beats logic. When it comes to the pleasure principle, your feelings tend to overshadow rational thought. You might know that doing something will be good or bad for you. You’ll understand all the reasons why it will be good or bad. You get all that.

But then an emotional impulse rears its head and screams, “So what?!” There’s nothing you can do to control the power of a volcano, even if you know it’s within your control. Losing a dollar might be bad on its own, but when you insert emotion into this loss, it stops becoming about the dollar, and more about everything the dollar could possibly represent, and then you’re headed down a slippery slope.

Self-discipline corollary: logic doesn’t control our behavior nearly as much as we would like to believe it does.

At this point, you should see the writing on the wall that the pleasure principle is one of the main saboteurs of self-discipline. We’ve always been biologically wired to not think ahead and care most about the present moment—essentially the opposite of what self-discipline focuses on. This is the same reason that delaying gratification is difficult. However, we can skirt around this by changing the way we think about pleasure and pain.

In the pursuit of self-discipline, we want to increase the pleasure in every long-term duty or obligation we have and lessen the pain. There are a series of steps we can use to do this strategically.

1. Decide what you want. What is your goal that requires self-discipline? It can be as simple as working out more.

2. Take inventory of your pain and pleasure. This is where you take aspects of the pleasure principle and start massaging them to your benefit. Here’s what you do:

• Take two sheets of paper. Draw a line down the middle of each page.

• At the top of the left column on both pages, write down “PAIN AVOIDED.”

• At the top of the right column on both pages, write down “PLEASURE GAINED.”

• Now, at the top-center of one of the pages, write down “BEING DISCIPLINED.”

• At the top-center of the other pages, write down “NOT BEING DISCIPLINED.”

By now you probably know what we’re up to. You’re going to list the pain and pleasure you expect you’ll experience when you take a step toward accomplishing your goal or when you decide not to. To motivate yourself psychologically, you’re going to ramp up the pain associated with not being disciplined, and the pleasure associated with being disciplined. This may seem elementary, but it’s a level of perspective and insight that you can use to combat your impulses. Just taking stock of what happens in reality can help quell your impulses.

For example, let’s take that goal of working out more. Let’s go with the “NOT BEING DISCIPLINED” bit first. It might look something like this:

NOT BEING DISCIPLINED to work out more

Now let’s make one up for “BEING DISCIPLINED”:

BEING DISCIPLINED to work out more

List as many pain and pleasure points as you can for each scenario. Be honest with yourself and try to think the potential through as much as you can. You should get some clarity about what your aspirations and ambitions are—not to mention your hopes and fears.

Now, for the “BEING DISCIPLINED” sheet, amplify the pleasures. Picture how utterly fantastic each of these situations could turn out. Think about the best-case scenarios that could result with each of these items. Take the positive possibilities and run with them. Don’t be surprised if you get a minor dopamine rush from this alone.

This sheet is more than just an inventory: it’s a checklist for reinforcing your self-discipline. What you have just done is created a very tangible cost-benefit analysis that gets to the heart of what makes you act. Instead of waiting for our prehistoric brain to sabotage our efforts because of the lack of pie or television, we can tip the scales a bit in our favor when it comes to dopamine and make our brain work for us rather than against us.