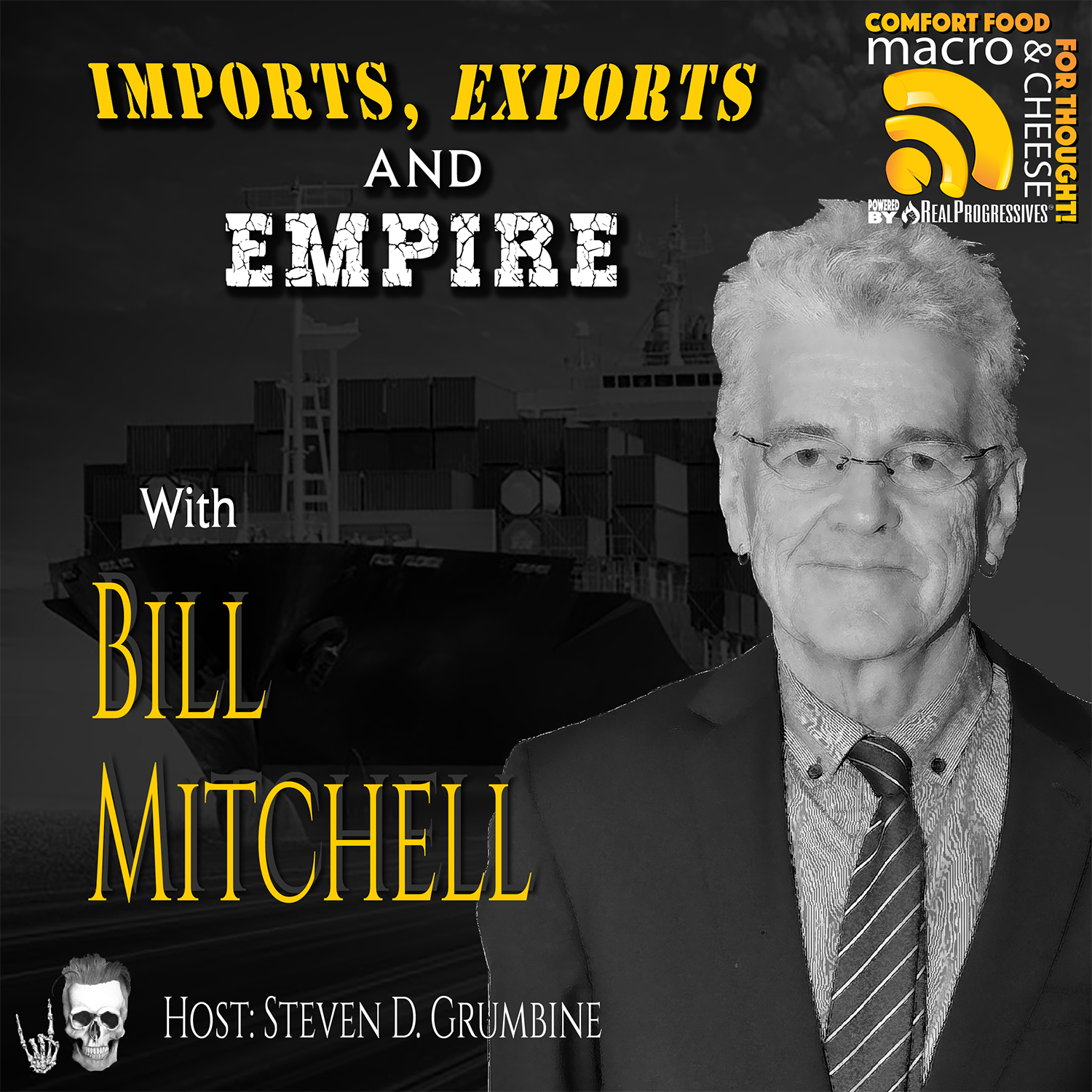 In a recent episode of Macro N Cheese, Steve spoke with a guest about the MMT view of exports as a benefit and imports as a cost. There ensued some disagreement on social media (where else?) This week Steve invited Bill Mitchell to weigh in on the topic. As their discussion develops, this becomes an episode we’d recommend to anyone who is still unclear on the meaning and consequences of foreign trade deficits.

“Exports have to be a cost because you're foregoing real resources that you could use yourself. And imports have to be a benefit because you're getting real resources from other countries that you didn't previously have which allow you to expand your consumption possibilities. The question then is: does that mean that exports are bad and imports are good? Well, not really. That's where people get tripped up.” (Mitchell)

MMT isn’t a theory of everything. It doesn’t pass judgment or recommend policy.

“To me, it's an interesting intersection... MMT allows us to understand what we can and can't do and our theory of politics and the commons will inform what we do with that knowledge.” (Grumbine)

They discuss national debt, both before and after Bretton Woods. As a bonus, Bill dispels fears of Big Bad China holding too many US dollars. “They're not funding the US government. They've got US dollars because they sold more stuff to you than you sold to them.” The government can always restrict or regulate foreign direct investment. Who should be able to own a country’s natural resources?

Bill and Steve talk about imperialism, globalization, the pandemic, and climate disaster. Bill suggests we start thinking in terms of poly crises. If every crisis is connected to multiple others, does it make sense to take them on one by one?

Bill’s visits usually review some core MMT principles and provide answers to some of the critics. This episode is no exception. Every topic of discussion loops back to the fact that money is not the issue – real resources are. Understanding MMT flushes out political motivation. There’s nowhere left to hide.

Bill Mitchell is a Professor in Economics and Director of the Centre of Full Employment and Equity (CofFEE), at the University of Newcastle, NSW, Australia.

He is also a professional musician and plays guitar with the Melbourne Reggae-Dub band, Pressure Drop. The band was popular around the live music scene in Melbourne in the late 1970s and early 1980s. The band re-formed in late 2010.