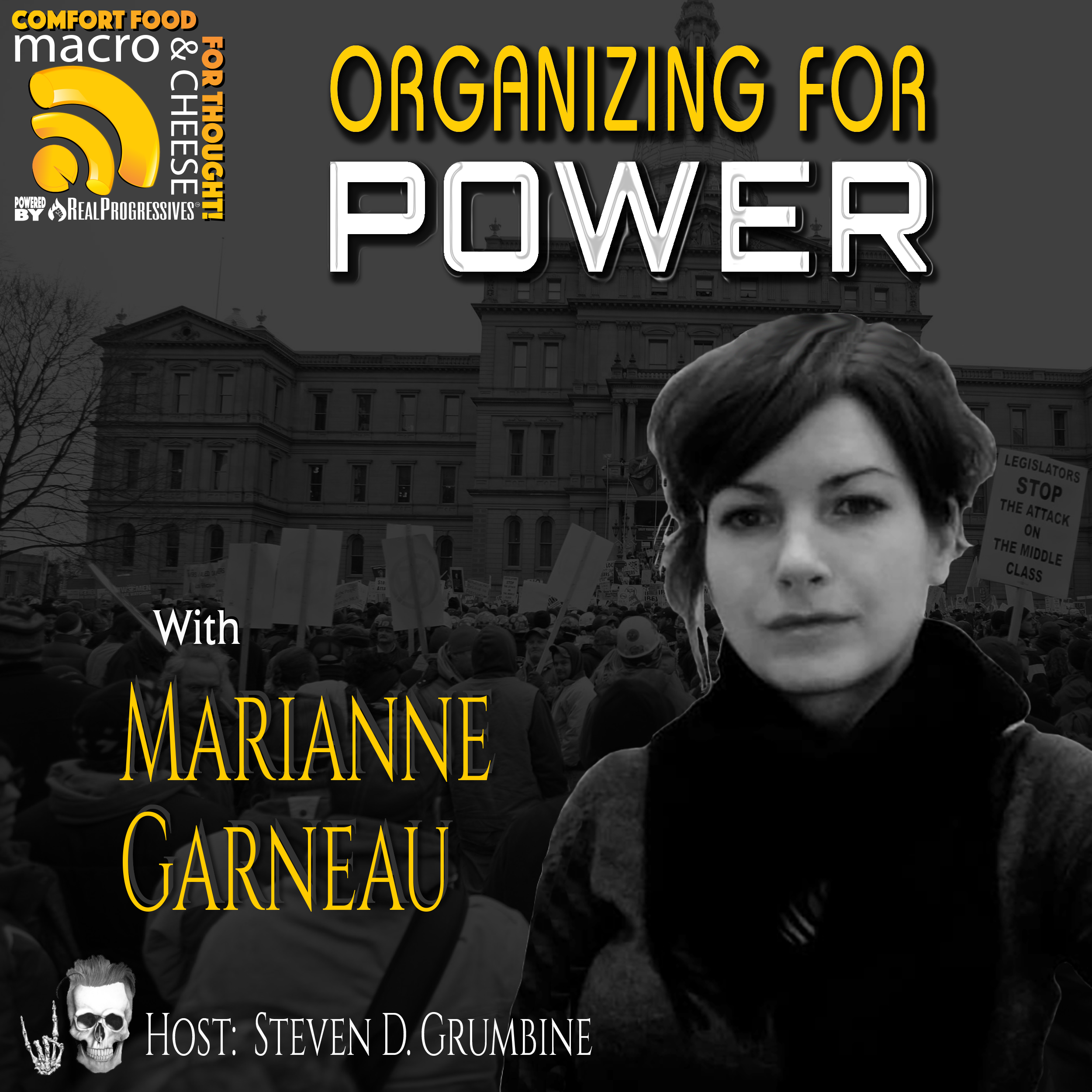 Marianne Garneau is a labor educator and organizer with the historic IWW, Industrial Workers of the World. She’s the publisher of the website Organizing.Work.

According to Marianne, real-life examples of workers taking successful action anywhere, inspires, empowers and emboldens workers everywhere. The crucial tactic our labor movement currently lacks is the ability to exercise the muscle of collective action, acting in an organized, harmonious fashion, building coordinated disruption that defies authority, while spreading trust, preparedness and the very habit of defiance.

Labor has undergone enormous changes from the days of worker-powered assembly lines and shop floors, when workers could engage in day-to-day refusals. One tactic was “whistle bargaining.” The shop steward would blow a whistle, bringing production to a halt. The workers formed a circle around the foreman and voiced their grievances. Another blow of the whistle could send everyone back to work.

Steve recounts the “work to rule” he engaged in as a member of CWA. By fastidiously following every regulation, every safety procedure, the workforce was able to slow things down to a crawl.

Today labor has been reorganized and decentralized, so strategy must adapt to modern conditions. It all comes down to workers understanding the workflow and the ways the employer depends on them.

The need for workers to communicate is as essential as ever. The means of communication are corporate-owned and can be heavily monitored and censored, again requiring creative adaptation. Marianne describes a tactic used by workers for a food delivery service in Canada. They couldn’t contact each other through the app, so they organized the old-fashioned way, person-to-person, identifying each other by company logo and approaching the vehicles.

Marianne and Steve talk about the history of organized labor and the significance of the National Labor Relations Act of 1935.

For a movement to build capacity, it must come from the bottom up. To survive, it needs to grow roots, so it is never dependent on individual leaders. Real power comes from mass collective action.
Marianne Garneau is an organizer with the Industrial Workers of the World, a labor educator, and the publisher of Organizing Work (organizing.work)