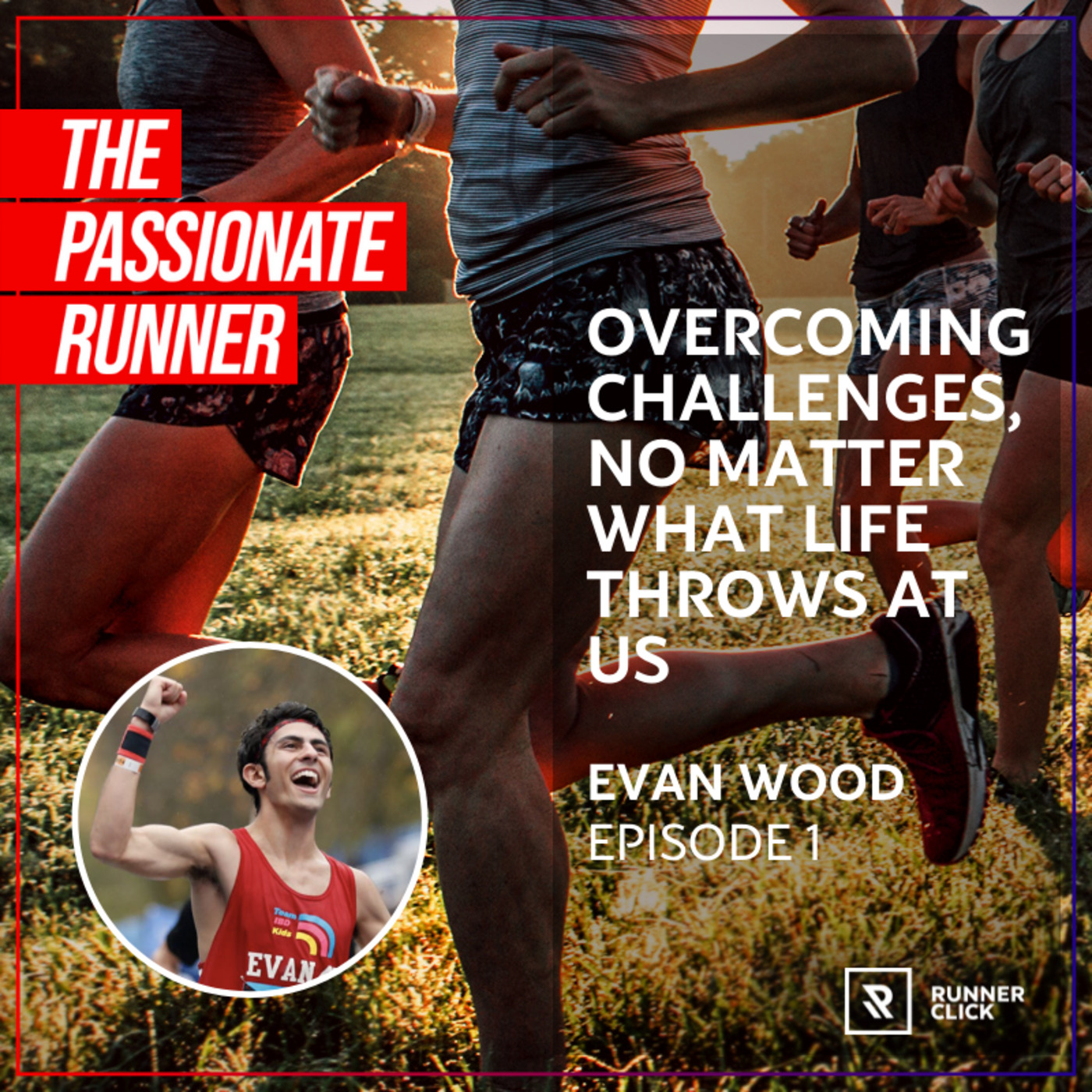 Welcome to The Passionate Runner, the podcast that helps avid runners understand the science, simplify the complicated and remove hurdles so that your next run is not only fun and fulfilling, but fuels you with passion and purpose. Join lifelong runner, running coach, and mother of two, Whitney Heins, as she talks with experts in areas such as nutrition, training and physical therapy to share their insider knowledge so you can run your best & BE your best in the time that you have.

In this episode, Whitney welcomes Evan Wood to the podcast. Evan is an RRCA Level I certified running coach in New York City and he’s been running marathons and half marathons for over 10 years. Evan loves to help runners of all levels reach their goals which he does through his business, Just Another Running Coach. Today, Whitney and Evan talk about the mental strength we gain from running and how it can help us overcome challenges big and small, no matter what life throws at us. Evan talks about how running has empowered him, given him confidence and kept him motivated in all areas of his life.

THANKS TO OUR SPONSORS!

01:03 – Whitney Heins introduces today’s guest, Evan Wood who joins the show to share his background as both an RRCA certified running coach and a filmmaker

08:59 – Evan opens up about how the loss of his father, a diagnosis of Chron’s Disease and a life changing experience in the Bahamas played a role in his running origin story

21:22 – The decision to open up rather than internalize the pain

37:51 – The journey to becoming a marathoner

42:49 – Evan talks about launching his coaching business, Just Another Running Coach, and speaks to his gratitude for the opportunity to share his story

46:20 – The common theme Evan has noticed in filming his documentary series about profiling inspirational runners

49:57 – What keeps Evan motivated and passionate

55:45 – Whitney thanks Evan for joining the show and lets listeners know where to follow him

“My only option was to learn how to run. It was very challenging but, long story short, that is how I got introduced to running. And, by the end of the semester, I completed the half marathon. I started out as one of the slowest students in the school and it turns out I was the third student to finish the half marathon.” (17:35)

“It was amazing. And I was so lucky to have that support system. It’s that kind of support system that I would later find in the running community.” (25:16)

“I’ve been really blessed. Having the opportunity to tell my story has been such an amazing opportunity. If it just connects with a couple of young people with Chron’s and inspires them, that just makes me feel like I’ve done everything I can hope to do in my life.” (43:32)

“At the end of the day, it’s important to remember that if you’re not motivated to run for six weeks in a row to build a base mileage, that’s ok. Do what feels fun and enjoyable. And I think that’s a huge part of it. It’s community but it’s also finding that thing that really makes it fun for you.” (52:46)