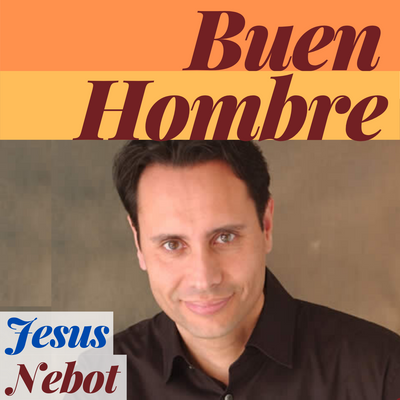 Jesus Nebot is a renowned filmmaker, social entrepreneur and human rights activist who speaks internationally on issues related to environmental sustainability, social justice and spiritual fulfillment.   He is the newest member of the Gente Unida Board. www.GenteUnida.net

Originally from Spain, Jesus studied drama in Madrid, and eventually made his way to Venezuela where he became well known and loved as a telenovela star. Nebot’s eventual emigration to the United States created a crisis in self identity and 180 degree turn in the direction of his career and life mission as he found himself a homeless actor and producer in Los Angeles. Nebot recreated himself as a social entrepreneur, activist, motivational speaker and producer who now uses the arts to create awareness and social change.

Jesus is  the winner of 26 international awards for his work as writer, director, producer and star of the immigration feature film NO TURNING BACK which has been sold to 92 countries already.

Nebot’s latest film is AMERICAN NIGHTMARE, about the unfair criminalization of undocumented immigrants. It has already won 11 short film festival awards and it can now be viewed at www.americannightmarefilm.com

Jesús has been invited to over 200 universities and colleges to show his films and inspire students become visionary leaders that can solve our greatest social challenges.

After receiving his B.A. degree with honors from the Royal Academy of Dramatic Arts in Madrid, Jesus completed his training at the Lee Strasberg Theatre Institute in New York on scholarship from the Spanish Government. He then became internationally known for his starring roles in the top-rated television series’ “LA LOBA HERIDA” and “DIVINA OBSESION,” distributed by Warner Brothers International in 29 countries. Seeking to expand his career Jesus came to the United States in 1995 where he was granted the green card as a “person with extraordinary ability in the arts.” In 2000, Jesus launched his own production company by the name of Zokalo Entertainment with the intent of making films that were socially relevant and thought-provoking. Zokalo’s first production was the critically acclaimed feature "NO TURNING BACK" picked up for distribution by Universal after its successful theatrical release in Europe and in the United States. Nebot’s recent acting credits include guest-starring roles in the Fox EMMY WINNING SERIES’ “NYPD BLUE" and “ARRESTED DEVELOPMENT.”

Nebot’s mission has always been to inspire personal and social healing and transformation through his speaking engagements, training seminars and artistic endeavors, including writing, producing, directing and acting.