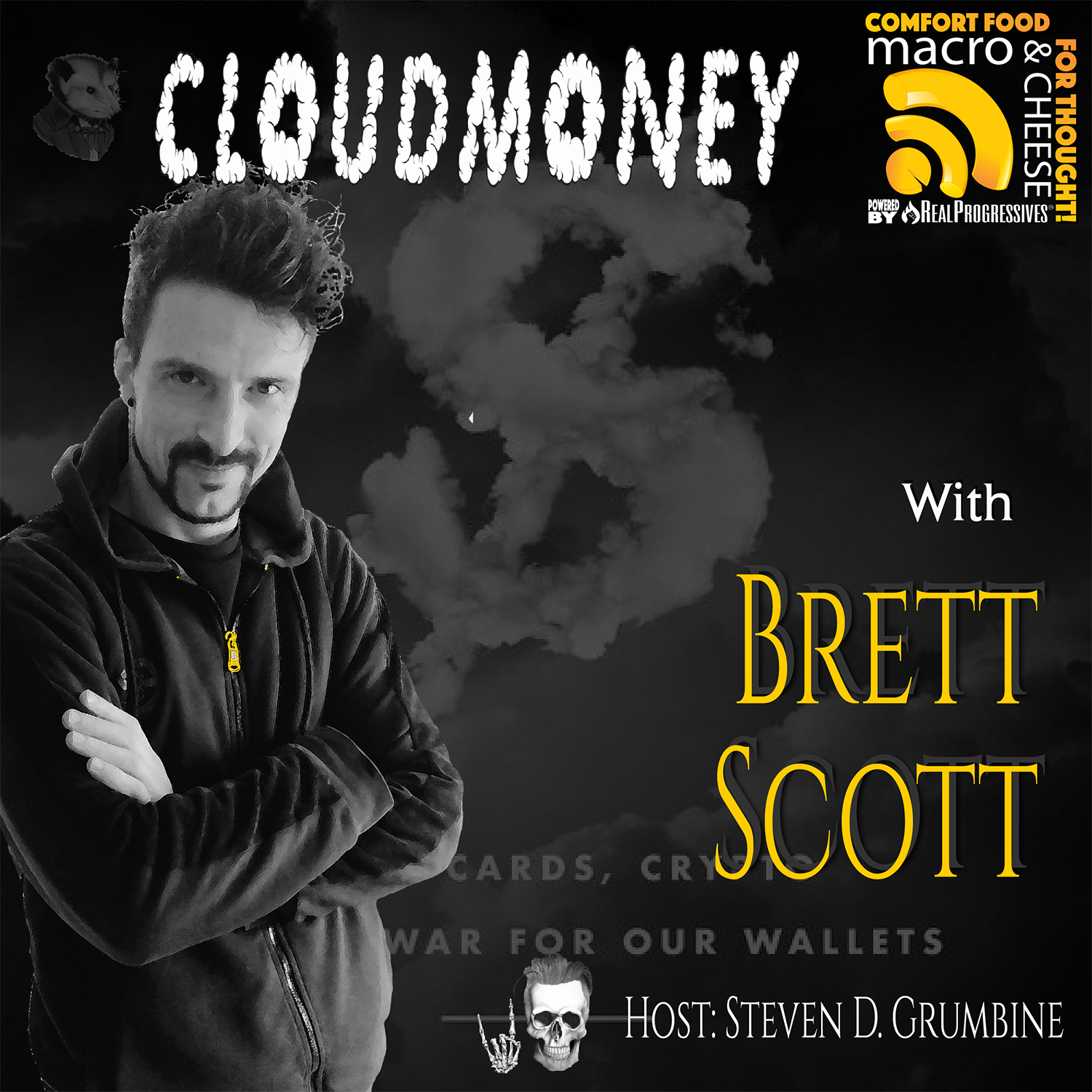 At first glance, HBO’s new documentary series The Anarchists looks like fun. It’s got the sexy circle-A symbol in the title and… Well, at second glance, that’s all it has going for it. The title. If you’re hoping to find the intellectual heirs of Emma Goldman and Bakunin, you’ll be disappointed. These aren’t even the scrappy anarchists of punk rock or the raucous groups waving black banners at demonstrations. HBO’s Anarchists are the one percent. They are tech billionaires and cryptocurrency hucksters. This is the 21st century, where left-wing rhetoric is gobbled up and regurgitated, having been scrubbed clean of its urgency.

Brett Scott is the perfect guest for someone confused by The Anarchists. He doesn’t refer to that show but, in a way, he’s been preparing us for it since his first appearance on this podcast in 2019. He has taken us through the history of fintech, explained the uses of blockchain, and dispelled the myths about cryptocurrency. He makes the case that the war on cash is a war on class.

This week, Brett talks about his new book, Cloudmoney: Cash, Cards, Crypto, and the War for Our Wallets. Just like the so-called anarchists of HBO’s series, in the unholy marriage of big finance and big tech the state is the enemy.

Digital financial transactions are being sold to us as liberating and convenient. Steve and Brett question the assumption that high speed “frictionlessness” is a virtue. They ask whose interests are served through these and other mainstream narratives.

“We'll see these news stories that say something like, cashless society is an inevitability. We will all be moving towards this ever more digital future, and so on. Whenever I see that, all I see is the commercial interests of large corporations being presented as the general interest of all people.”

Brett brings his background in anthropology to look at some of the less obvious consequences of replacing state money - a public utility - with a massive global system that is almost impossible to track or understand. What happens when we have no interaction with the people we depend upon?

Brett Scott is an author, journalist, and activist, who explores the intersections between money systems, finance, and digital technology. He's the author of The Heretics Guide to Global Finance: Hacking the Future of Money. His latest book is Cloudmoney: Cash, Cards, Crypto, and the War for Our Wallets. Find more of his work on brettscott.substack.com