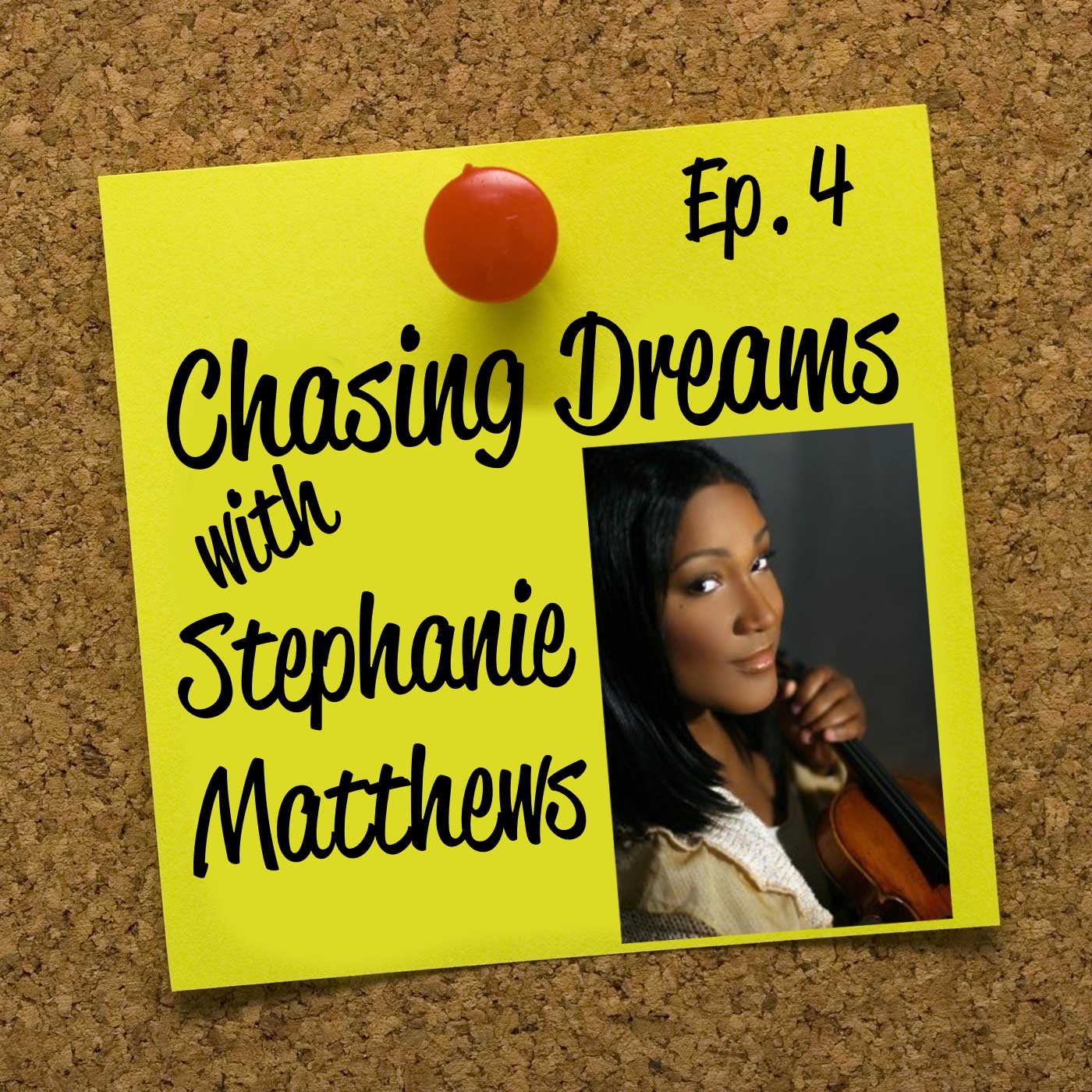 Your dreams are probably not going to look like what everyone else thinks they should. Stephanie Matthews’ dreams are a powerful example of that. Stephanie made the choice to change her career focus to pursue what everyone (including her) thought was a long-shot career path, that of becoming a professional musician. She had the talent, no doubt about that, but the odds of her making it professionally were clearly not in her favor. It’s important to listen to those who care about you. But you can also listen too much. Stephanie’s story highlights the difficult decisions that sometimes come from following your dreams.

TWEET: Taking the more difficult path and the fruit it bears, on this episode of #ChasingDreams

Is it possible to “hit the top” when pursuing your dreams?

Many people think it is possible to entirely fulfill your every dream. It could be possible, depending on what the dream is. But Stephanie is one of the most successful people you’ll ever hear of in her field, but she’s quick to say that she won’t ever hit the top. Why? Because she believes that in order to keep growing, she can’t become content with where she is in life. She’s got to keep pushing forward, stretching herself in terms of skills and personal growth. Even though she’s living her dream, she’s still pressing on. That’s an admirable trait in anyone. Find out more about Stephanie’s drive to succeed in this episode.

The choice to pursue a dream that was against the odds.

Stephanie Williams challenged herself in ways she didn’t fully understand when she chose to educate herself to become a professional musician. Especially in the genre she chose: Classical music. Stephanie’s determination was purely an outgrowth of her love for music and the dream of performing on a big scale. You could search high and low to find an “against the odds” example that is more impressive than hers, and you would come up short. She made her dream come true, but not without the bumps and bruises that the long, hard road of getting there has given her. Hear her story, what keeps her going, and how she’s not satisfied with standing still, on this episode of Chasing Dreams.

Everyone has regrets, but Stephanie Williams would not change a thing.

Most of us have a handful of mistakes or misjudgments we’ve made that we wish we could go back and do over. But not Stephanie Williams. In her journey to becoming a professional musician and CEO of StringCandy, she’s made plenty of mistakes. But her perspective on those mistakes is not one of wishing for a do-over. She believes that every one of those mistakes and the circumstances around them are what have contributed to her being who she is and to her getting to where she is. Without them, or with changes to them, she thinks the outcome would have been very different. Her interesting perspective on the mistakes she’s made gives a fresh spin to her story. You’ll want to hear it.

Advice for those who want to pursue their dreams… from someone who has achieved hers.

The hard road to becoming a professional musician was entirely worth it to Stephanie Williams. There’s nothing she regrets about the path she’s been on. When asked what advice she would give to people just starting out on the road toward their dreams, she says to make sure that you’re going for the dreams you want, not those others expect of you. She acknowledges that it’s very hard to butt heads with parents or loved ones who don’t understand or believe in your dream, but in the end, she says you can’t live your life for other people. You’ve got to do what is true to you, so get on with it.

Aimee asks Stephanie about her “favorite” things in a variety of categories… it’s a great way to get to know Stephanie.

A life of no regrets in a difficult #CareerPath, with String Candy CEO Stephanie Matthews

The dream of becoming a #ProfessionalMusician. An #AgainstTheOdds success story

Your #dreams won’t look like what everyone else believes they should. Go for them anyway