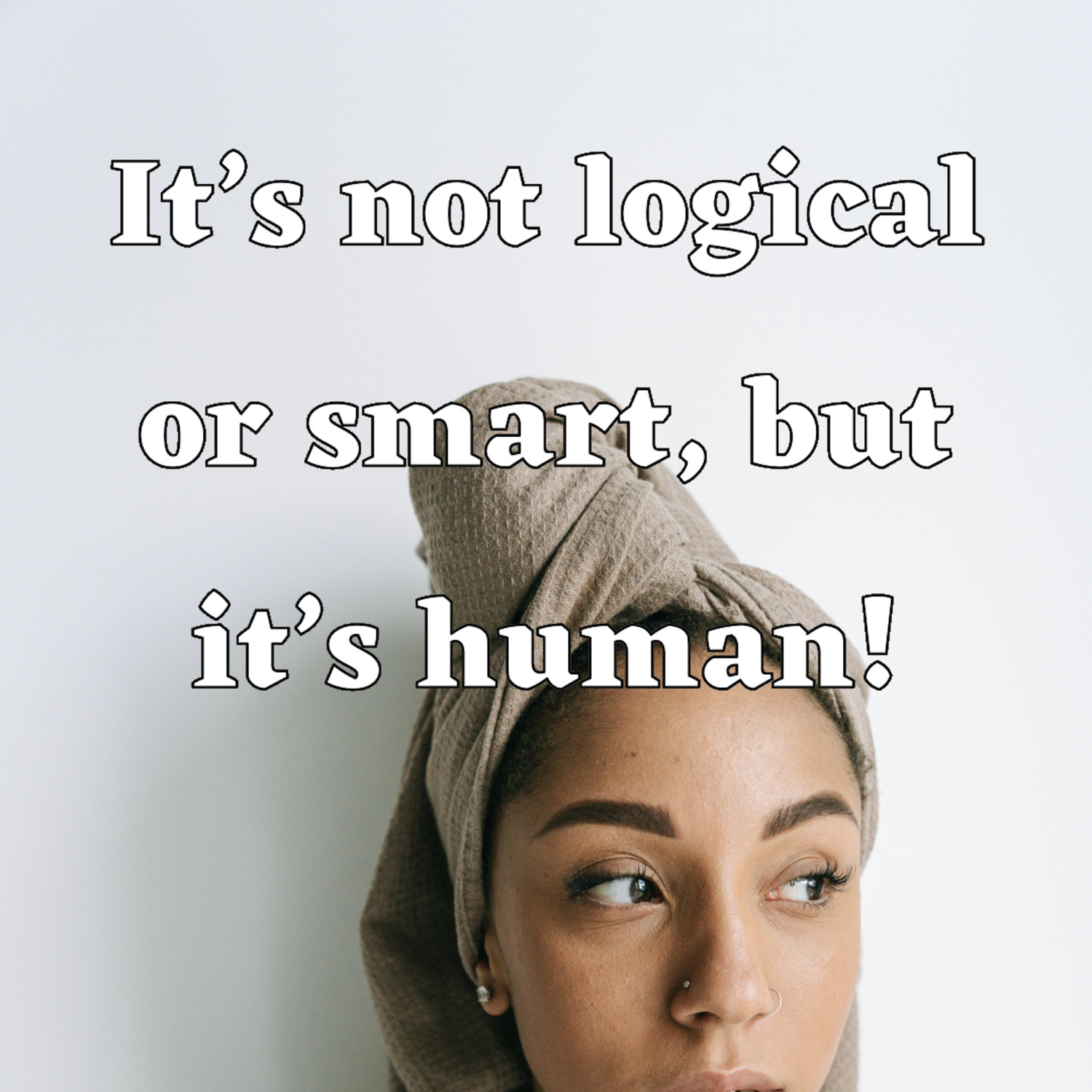 Most of us have been faced with being rejected and told that we are only thought of as friends and not romantic partners. Is there a way to deal with this? For females, perhaps. Studies have shown that females do indeed see males platonically, but males do not do the same for females. Can males and females be only platonic friends? Yes, but it will usually be the female’s choice.

Closely related to intermittent reinforcement and the chase is the reality that humans want what we can’t have or don’t currently possess. It’s not logical, it’s not smart, but that’s humans for you!

We know this to be true because we have sudden feelings of regret when our attractive friends get into relationships—even friends we might never have considered as romantic prospects before that moment. It’s just human nature to wonder, What could we be missing out on?

This was proved in a study by Parker and Burkley. One group of women was presented with a photograph of a handsome man and told he was single, while another group of women was presented with the same photograph and told he was married. Fifty-nine percent of the women were interested in pursuing the single man, but ninety percent wanted to pursue the married man.

We want what is unavailable to us, especially if we see other indicators of its value and demand. In a vacuum, we may want only what we want, even if no one else wants it. But if someone or something is wanted by many people, then we want it even more. We want to discover for ourselves why they are so desirable and ensure we’re not missing an integral piece of information.

When something is easily within our grasp, instead of basking in the triumph of getting it, we think “Wait, is this even worth having if it’s so easy? Could I do better?” and we don’t want it anymore. When that same thing is removed from our realm of possibility or even just made more difficult to attain, we aren’t sure if we can attain it, so we feel compelled to keep trying. Marketers understand this principle keenly, and that’s why you’ll see adverts offering a limited time offer, or a deal that is exclusive and hard to find, invite only or otherwise in demand yet scarce.

This is the essence of playing hard to get. Just remember that you can’t play too hard to get; otherwise, you’ll appear uninterested and people will give up. People’s perception of what is valuable will correlate to the pride and sense of achievement they get when they attain that valuable thing, but if the valuable thing is so far out of grasp it’s impossible to ever achieve, the opposite is likely to happen: sour grapes and devaluing the unreachable goal. It’s hard to get, not impossible to get.

• Not expressing affection toward their target

• Talking with, flirting with, and even dating other people

• Making others work to spend time with them

• Flirting and then disappearing; giving attention and then stopping

• Taking a long time to reply to calls or texts

The researchers also asked if these tactics worked in attracting someone they were interested in. They did—every single one of them.

The old dating advice “treat ’em mean to keep ’em keen” is just a crude way of expressing a very real tendency in in people. It’s not that being unkind or playing games is necessary—rather that certain behaviors are legitimately associated with “high value” people and that we can improve our chances at love when we consciously work with these tendencies and put ourselves in the best possible light.

Shining a flashlight onto the games we subconsciously play may not always be pretty, but it is helpful for you to get who you want. Usually when we turn to games, we have a clear direction of where we want to go. In fact, most of the time, we want to avoid the situation you’re about to read about.

The first time I heard that phrase uttered, I was fourteen years old. I was crushing on a girl in my Spanish class, Miranda, and I had made an effort to be extra nice to her, help her with her homework, and generally treat her with more attention than I had probably treated any female in my life besides my mother. I began to classify us as close friends.

The whole process began in December, and I remember January turning into February. This was significant because February is the money month—it’s got Valentine’s Day, which was going to be my greatest opportunity to knock her socks off with my grand romantic gestures and make her fall for me.

Remember, I was fourteen, so let’s lower expectations here. I asked my mother to take me to a florist where I bought flowers. I also bought a box of discounted See’s Candies because my mother would only allow me to spend twenty dollars on my grand gesture for Miranda.

When Spanish class rolled around on that fateful Valentine’s Day, I tapped her on the shoulder and presented her with the flowers and chocolates that had been stuffed into my locker for most of the day.

Her reply? “Let’s just be friends.” It was a dagger to the heart that took me quite a while to recover from. Is this something you can get around? Is it a real truth that men and women can be truly platonic friends without any romantic complications? Does the chase work here?

The politically correct answer may be to proclaim you can indeed be platonic friends forever. Friendship and sexual attraction are two entirely different measures, and people can separate the two without too much trouble. People can compartmentalize emotions, and people can support and be emotionally intimate with others without romantic or sexual feelings being involved. Friendship is a bond that can transcend base desires.

Platonic opposite-sex friendships might even be important for our psychological health. Famed psychologist Carl Jung put forth the theory of animus and anima—animus refers to male energy present within females, and anima refers to female energy present with males. Part of the reason we gravitate toward opposite-sex friendships, beyond mating, is to connect with these parts of our personality that balance us.

If you don’t agree that men and women can be platonic friends, then the underlying message is that emotion isn’t easily separable. Friendship, affection, love, support, and intimacy are all heavily interrelated, so sometimes sex is just a stone’s throw away from a close friendship. Friendship itself might arise because there is underlying sexual attraction—in other words, sometimes we become friends with members of the opposite sex as a long-term road to having sex with them.

For the females, there was a harsh divide. They were able to view a friendship as purely platonic or a romance in waiting. Males, on the other hand, seemed unable to disassociate their opposite-sex friendships from the idea of sex or the possibility of sex with their female friends.

In the same vein, males were more likely than the females to perceive sexual interest from their opposite sex friends, while women perceived the opposite. Men saw signs of a potential sexual relationship embedded everywhere in a friendship, while women reported signs of a platonic relationship everywhere. The women interpreted sexual interest as friendliness, while the men interpreted friendliness as sexual interest. In a purported platonic friendship, this implies that, most of the time, males operate under ulterior sexual motives.

According to this study, the chase may not save you here, at least if you are a male, it seems. If a woman has made up her mind, you may be stuck without a hope.

For males, being “just a friend” almost always has undertones of “a friend that I haven’t had sex with yet.” This doesn’t mean there can’t be a flourishing friendship or that the parties can’t mutually benefit in huge ways, but it may stun women to learn that many of their male friends are only their friends because they have a pull of sexual attraction to them. It doesn’t always mean they want more than friendship, but it does indicate their motives aren’t always innocent.

Women don’t hold this perspective and appear to be able to whole-heartedly have platonic feelings toward men. It would be easy to throw blame at the evolutionary imperative males have to view every female as a potential child bearer and maximize their opportunities, but I think the reason is much simpler these days. The social dynamics of any party will demonstrate it—males compete for females, while females don’t compete as much for men. Simple logic dictates that men are actively surrounding themselves with women that they want to have sex with, while women are not.

Men and women certainly can be great friends, but the impulse that built these friendships can be very different. But if you meet a goal and each party is satisfied with their withdrawal from the relationship bank, does it matter how the goal was met?

Men have friendships based on sexual attraction, regardless of whether it is plausible or fulfilled. A man’s friend circle is full of women he is sexually attracted to, but for various reasons he may or may not act on his desires. This shouldn’t devalue the friendships; it’s just the impetus for seeking them out in the first place. If a male doesn’t find a female sexually attractive, it doesn’t mean that an amazing friendship cannot blossom. But sexual attraction is a primary motivator for males.

Very rarely do men forego this so-called shallow approach. Women on the other hand appear to view men in a far more holistic manner, and attractiveness by itself is not a significant factor in choosing their opposite sex friends.

Perfect friendship is the friendship of men who are good, and alike in virtue; for these wish well alike to each other equal good, and they are good themselves . . . But it is natural that such friendships should be infrequent; for such men are rare.

Further, such friendship requires time and familiarity; as the proverb says, men cannot know each other till they have “eaten salt together”; nor can they admit each other to friendship or be friends till each has been found lovable and been trusted by each. Those who quickly show the marks of friendship to each other wish to be friends, but are not friends unless they both are lovable and know the fact; for a wish for friendship may arise quickly, but friendship does not.

The movie When Harry Met Sally famously proposed that men and women can be platonic friends with no romantic intentions. It’s a romantic comedy so it was inevitable that Billy Crystal and Meg Ryan end up together, but science backs it up completely.