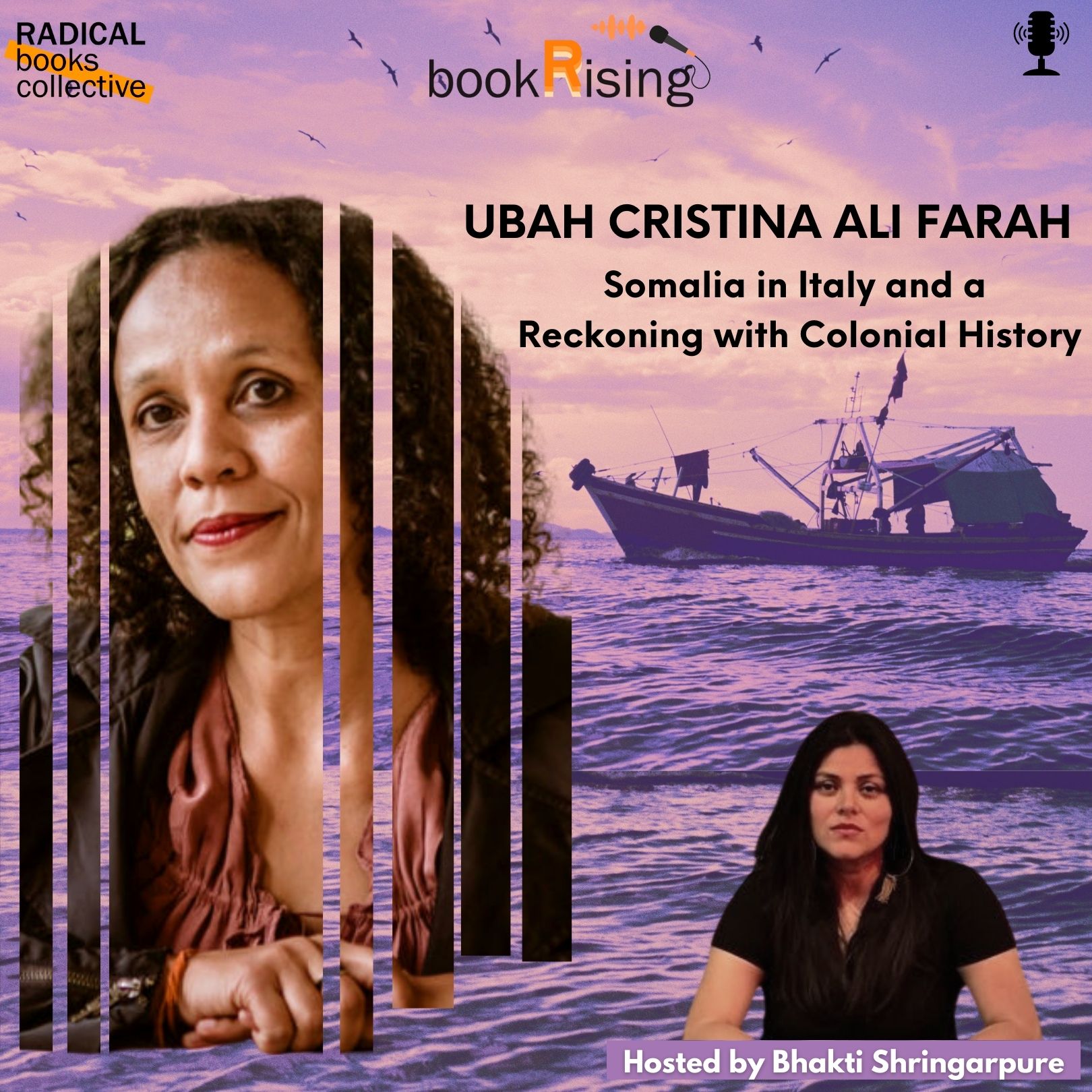 Somali-Italian writer Ubah Cristina Ali Farah joins host Bhakti Shringarpure for an episode of BookRising as part of the Trailblazing African Feminists series. In this wide-ranging and intellectually rigorous conversation, Farah speaks about living in Somalia and Italy, and the ways in which Italy has only recently begun to reckon with their colonial past. She is the author of three novels: Madre piccola (Little Mother, 2007), Il comandante del fiume (The Commander of the River, 2014) and Le stazioni della luna (Phases of the Moon, 2021). Farah also writes plays, poetry, librettos for operas as well as academic work, and has been the recipient of prestigious residences and awards including the Lingua Madre and Vittorini prizes.

Moving to Italy from Somalia at the age of 20, Farah was exposed to the second generation of migrants in Italy, many of whom retained ties with their previously colonized countries. This group included Pap Khouma and Igiaba Scebo, among others, and they have all sought to explore Italy’s colonial histories in Libya, Somalia, Eritrea and other places. She speaks about the Sicilian city of Palermo where many African, Asian and Middle Eastern migrants converge making it a vibrant city as well as a refuge. Palermo also becomes the center of thinking through the concept of the Black Mediterranean; a term coined by Alessandra di Maio and which elongates the histories of the Mediterranean sea as a place of cultural and political confluences rather than simply a marker of migrant journeys. Farah says that she’s optimistic about the many changes taking place in Italy due to the influence of the global movement for Black lives and due to the creative and political projects that engage discussions of race, colonialism, migration and language. She takes us through the writing journeys of her three novels which tend to get published every seven years. Farah explains that it was an epiphany to read Nuruddin Farah’s novels and to dive into his unique vision of Somalia. In fact, her recent novel Le stazioni della luna revives and rewrites the character of Ebla who first appeared in Nuruddin Farah’s debut novel From a Crooked Rib (1970). Other influences include Ousmane Sembene, Toni Morrison and even many older Italian writers like Dante.

Finally, Farah reflects on storytelling as a radical act and explains, “I started collecting and transcribing all these oral histories. I was getting a taste of the words and it was very formative for me when I started writing. And then I discovered tje beauty of the archive which also has lot of audio material. So somehow, this kind of research and the stories that I have had the privilege to find have been the fuel for me.”

Bhakti Shringarpure is the Creative Director of the Radical Books Collective.