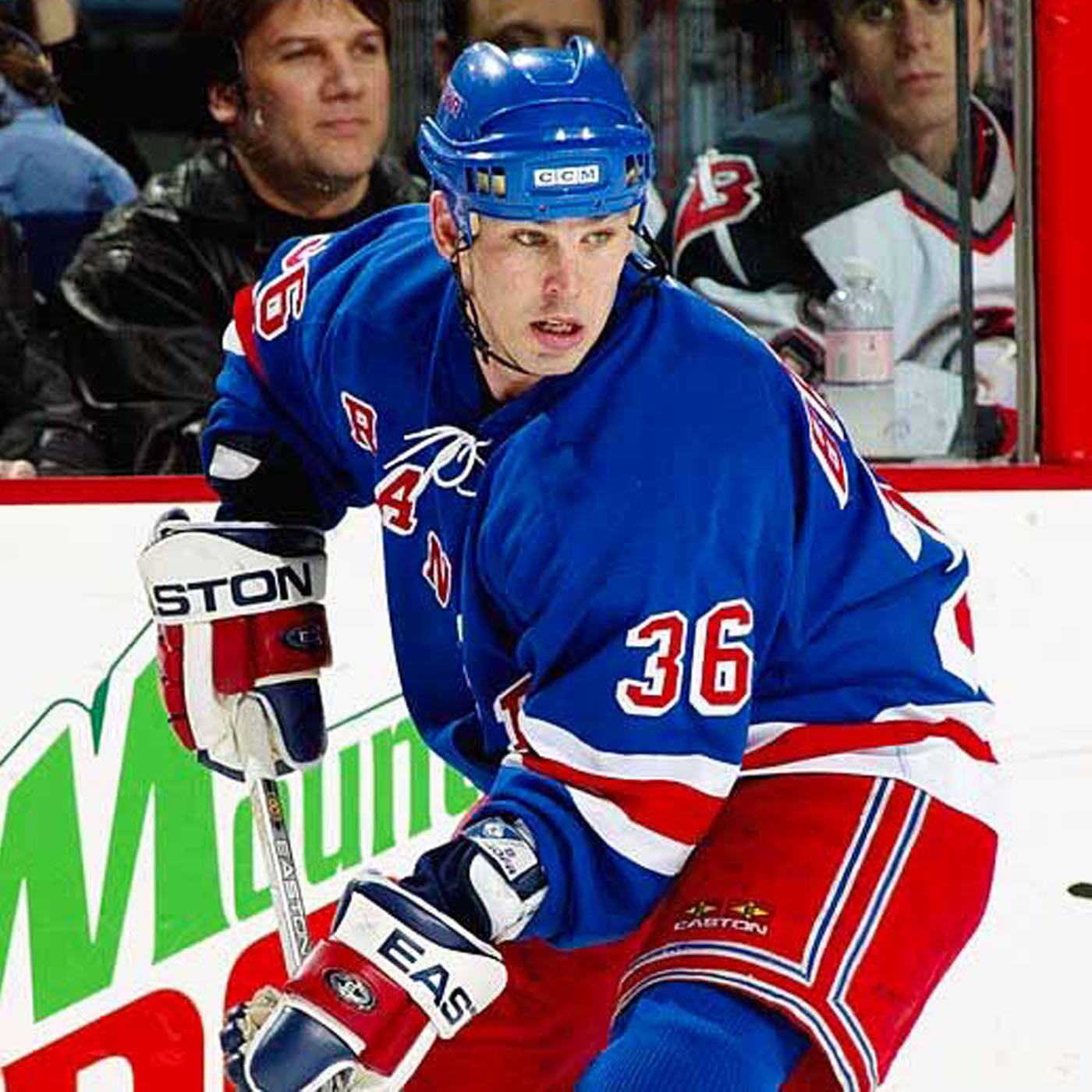 Host Rob Zimmerman welcomes former New York Rangers forward Matt Barnaby. Matt started things off talking about his infamous fight with Garth Snow back in 1996 when he was with the Sabres and Snow was with the Flyers, and talked about fighting in the NHL and it's place in the game. Matt also talked about some of the tough guys he had to face during his career, his agitating style of play during his NHL career, and some of the things he tried to do as a player to help his team win games. Matt also recalled the time he had to drop the gloves with his good friend and former Sabres teammate Rob Ray.

Later Matt reflected on growing up playing hockey in Canada and what it was like going from playing in high school to junior hockey in Canada. When he felt his game as an agitator began to show itself and he realized his best chance to continue his hockey career was to carve his niche as player that could get under the skin of his opponent and how that toughness helped bring him space on the ice.

Matt talked about speed of the college game and how immense the talent is in the NHL, as well as the size and speed of the players in the NHL. The expectations of early round NHL players compared to other professional leagues, and how he feels Rangers #1 overall pick Alexis Lafrenière could fare in the years ahead. Matt also talked about some of the challenges European players have to face compared to players from North America.

Matt discussed the current Rangers team and their head coach Dan Quinn, and the expectations of the team heading into the season. Matt also talked about the slow start for Mika Zibanejad, and the differences in the NHL this year with the effect Covid has had on the schedule this season. Matt also weighed in a bit on the crosstown Islanders and what he thinks the team can do this season and in the coming years- as well as who he sees making some noise in the NHL playoffs this season. Matt spoke about his time playing in Buffalo for the Sabres, and the differences between some of the other cities in the NHL he played in, including Pittsburgh and for the Rangers in New York city, where he played on a line for a time with Mark Messier.

Matt closed things out talking a bit about hazing in the game, before discussing a bit about what he is up to today, including his involvement with Bet99, the Matthew Barnaby Unfiltered podcast, watching his son playing professional hockey, what he thinks it takes to make it to the National Hockey League today and where he sees the league headed in the future.

Drafted by the Buffalo Sabres 83rd overall in the fourth round in the 1992 NHL Entry Draft, Barnnaby spent four seasons in the QMJHL with the Beauport Harfangs, Verdun Collège Français and Victoriaville Tigres, leading the league in penalty minutes in consecutive seasons in '92 and '93. After completing his QMJHL career with the Tigres, Barnaby joined the Sabres for the end of 1992–93 season.

Barnaby was generally considered a pest and agitator and spent the next few seasons playing between the Sabres and AHL affiliate the Rochester Americans. Barnaby established a full-time role with the Sabres in the 1995-96 recording a career-high in penalty minutes with 335. He was frequently involved in on-ice altercations and among other incidents he made headlines in 1996, when in a game against the Philadelphia Flyers after a few hits and Barnaby lying on the ice presumably injured, a brawl between the two teams started. With the brawl in full motion, Barnaby jumped to his skates to punish Garth Snow, goaltender of the Flyers, who was poking Barnaby with his stick while the officials weren't looking. In 1996-97 Barnaby showed his scoring talents when he scored a career-high 19 goals and 43 points in 68 games.

After seven seasons with the Sabres organization during the 1998–99 season, Barnaby was traded by the Sabres to the Pittsburgh Penguins in exchange for Stu Barnes on March 11, 1999. One of his most celebrated fights came the following season in 2000 against his former Sabre teammate Rob Ray after dining with Ray the previous night.

Barnaby played in 129 games with the Penguins before he was traded on February 1, 2001, by Pittsburgh to the Tampa Bay Lightning in exchange for Wayne Primeau. After struggling to provide an impact to start the 2001–02 season for the Lightning, Barnaby was again traded to the New York Rangers for Zdeno Ciger on December 12, 2001. After going scoreless with the Tampa Bay in 29 games Barnaby responded with resurgence of form with the Rangers, scoring 21 points in only 48 games.

Matthew became a fan favorite in the Big Apple and played in 196 games before he was traded to the playoff bound Colorado Avalanche in the 2003–04 season, for David Liffiton and Chris McAllister on March 8, 2004.

On July 2, 2004, he signed a lucrative three-year contract with the Chicago Blackhawks. After the 2004 NHL Lockout, Barnaby played his first season with the Hawks in 2005–06. Suffering from the year of hiatus he was subsequently bought-out of his contract following the season.

Barnaby, again a free agent, signed a one-year deal with the Dallas Stars on July 5, 2006.[In the 2006–07 season, Barnaby recorded his 300th, and final point, on December 23, 2006 against the Edmonton Oilers. He played only 39 games with the Stars before suffering a season ending concussion against the Phoenix Coyotes on January 9, 2007. Struggling with the effects of his concussion Barnaby announced his retirement from the NHL in July 2007.