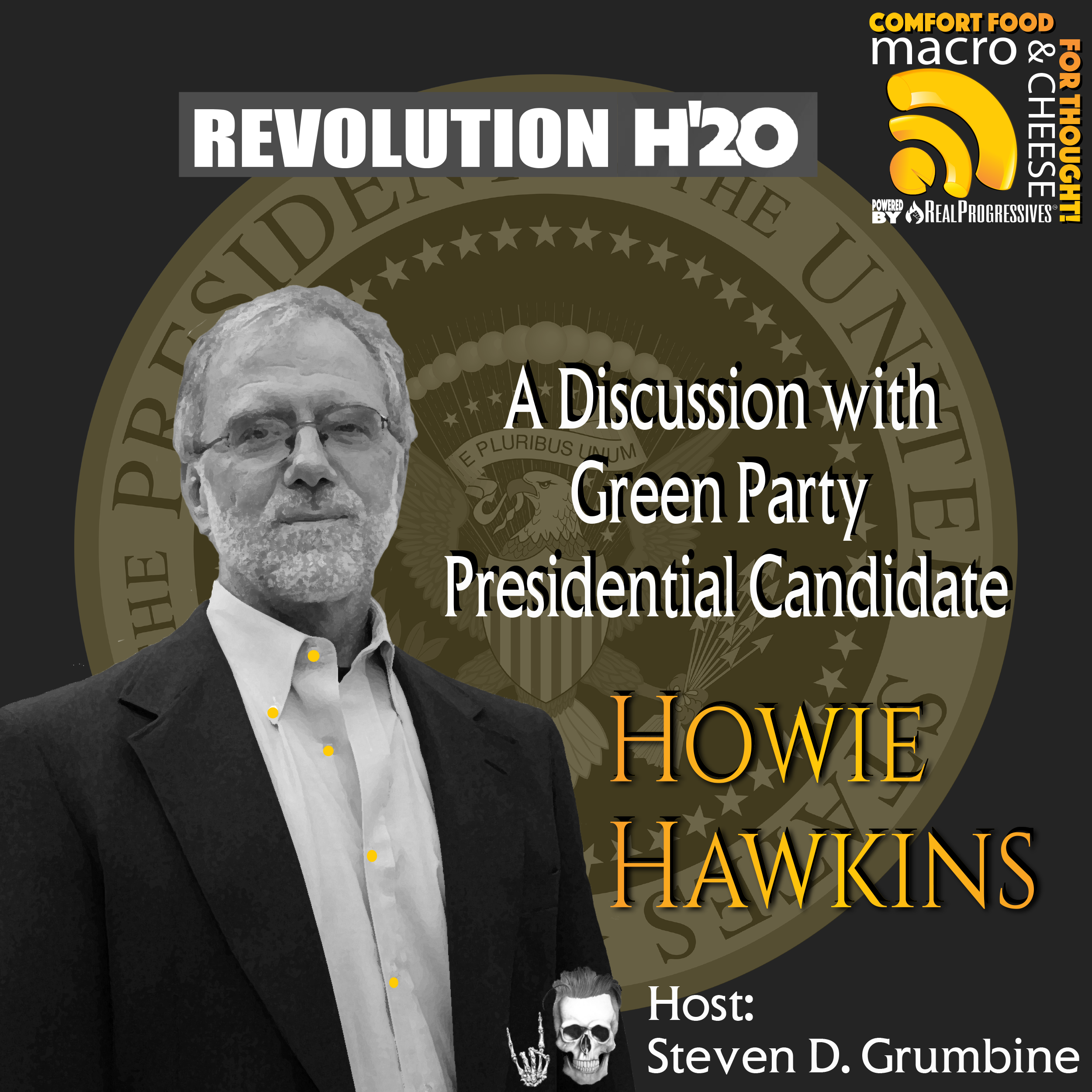 Howie Hawkins is the Green Party’s candidate in the US presidential race. He joins Steve to discuss not only his platform, but the role of third parties in US politics and, of course, economics.

Steve opens the episode by pointing out that he and Howie are in about 90% agreement on all the issues. Howie was the first US candidate to campaign for a Green New Deal ten years ago, in 2010. He ran against Andrew Cuomo for Governor of NY state in 2010, 2014, and 2018.

With the suspension of Bernie Sanders’ presidential campaign, progressives are confronted with the choice of “Dem-enter,” which nobody is excited about, and supporting a third party, which many think of as a wasted vote. Here Howie makes a good case: a strong third party can force the media and other candidates to deal with our demands and confront issues that they’d prefer to avoid. There are historical precedents: the Liberty Party put slavery on the ballot and the Socialist Party brought social insurance programs into the forefront, some of which were adopted in the New Deal. Howie’s gubernatorial run in NY put so much pressure on Cuomo that he was forced to adopt some Green Party positions including a ban on fracking, the $15 minimum wage, and paid family leave.

One of Howie’s goals in this campaign is to receive a large enough percentage of the vote to get the Green Party on the ballot line during the next election cycle. This will make it easier for down-ballot Green candidates to run. To seriously compete for national power, it must be built from below.

Steve and Howie discuss strategies for breaking through the media blackout, achieving rank-choice voting, and forcing third party candidates into the debates, which was easier to do when debates were sponsored by the League of Women Voters -- before the Commission on Presidential Debates muscled them out. The Commission is not a government agency; it’s a private nonprofit corporation controlled by Democrats and Republicans, so everyone has to play by its rules.

The majority of the interview is about combating the climate crisis within the time limit we’re faced with. Steve brings up his recent interview with Steve Keen who says we will need a command economy. Howie counters that we need a democratically planned economy. We already have a command economy with giant corporations that are “private tyrannies.” The people don't have a say in whether we're doing more oil and gas drilling or investing in renewables.

Howie proposes a socialist economic democracy which he says we will need in the key sectors if we're to make the rapid transition. It can’t be done with carbon taxes, some mandates, and a few incentives. The incumbent industries will always fight those and keep us tied up. We should take over the utilities and companies like Exxon Mobil and Koch Brothers Industries. Howie outlines a plan that includes maintaining a living wage for workers in that sector.

The rest of the interview goes into the need for free or low-cost high-speed internet throughout the country, the historic movement for a job guarantee, and international policy. We suggest that after listening, you check out Howie’s website, howiehawkins.us

Howie Hawkins is one of the original Greens who has run on the GP ticket numerous times. He became an activist during the civil rights and anti-war movement of the ‘60s and has been involved in the labor movement for much of his life.