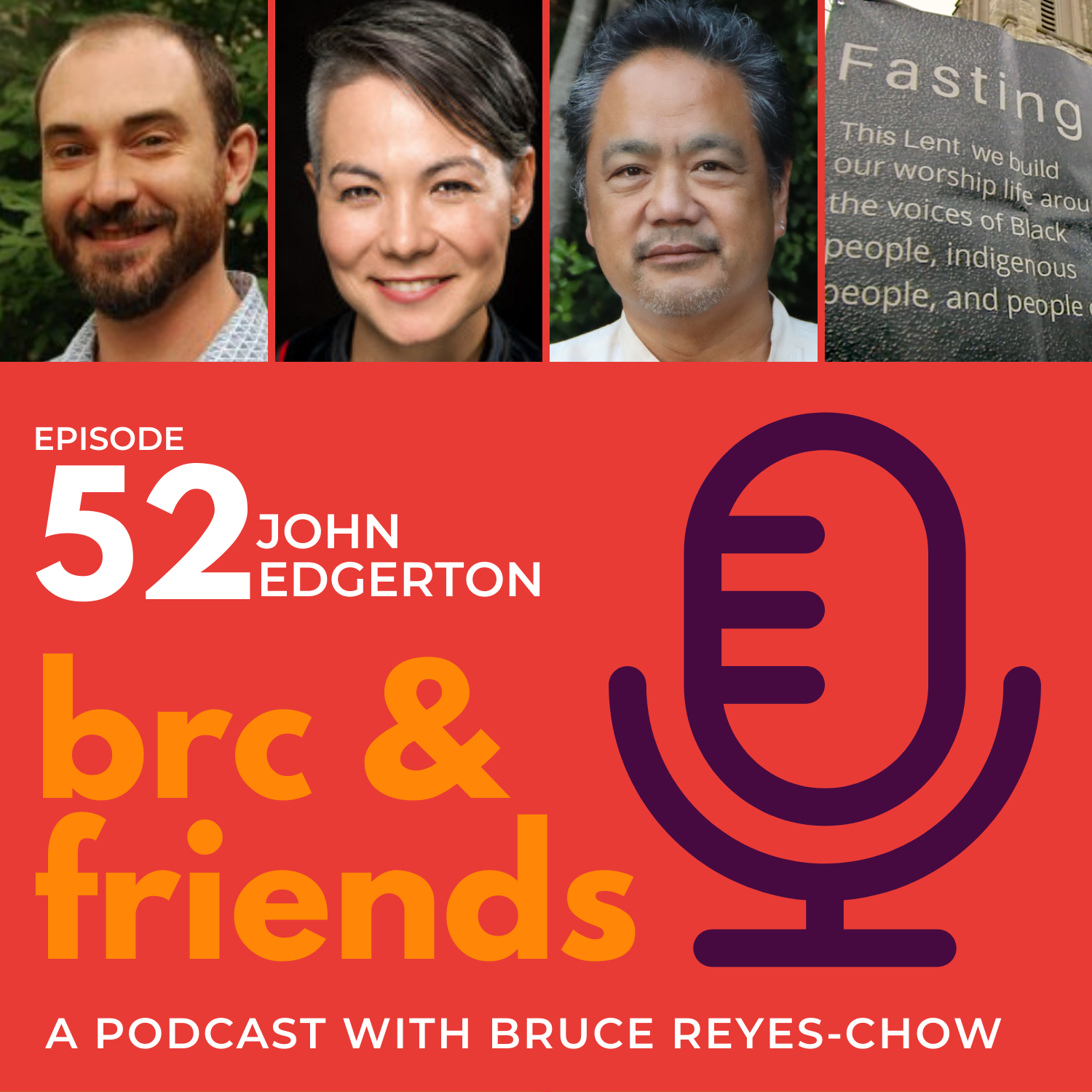 Welcome to The BRC & Friends Podcast where you will get to know activists, artists, academics, and adventurers who are committed to making the world a better place.

In Episode 52, Bruce (he/him), along with co-host Laura Mariko Cheifetz (she/her) speaks with guest John Edgerton, lead pastor at First United Church of Oak Park, Illinois, and also the first white guest on the podcast since its reboot.

Bruce begins by asking John and Laura, “What is something that you have no control over, but brings you joy.” But first, Bruce shares a personal update: he’s completed his tenure as pastor at First Presbyterian Church of Palo Alto. Thanks to long Covid, he’s taking a break but will still continue to podcast.

John’s church in Oak Park recently became a target of right-wing ire when the congregation launched a Lenten program called ‘fasting from whiteness’ where they decided to only going to music composed by non-white composers. The news travelled far and wide — including to the UK, where it was covered by The Daily Mail — and John was at the receiving end of accusations of ‘reverse racism’ and the decision was called ‘wokeness run amok’.

You’ll find out how Bruce got embroiled in all of this, waking up to a bunch of alerts on Google for his name.

The hosts and guest also speak about Chicago’s history of segregation and anti-racist activism, and how white-centredness can be extricated from Christian culture.

IF YOU ENJOYED THIS EPISODE OF BRC AND FRIENDS, PLEASE SUPPORT THIS PROJECT AND BECOME A PATRON FOR AS LITTLE AS $1 AN EPISODE: https://www.patreon.com/breyeschow

Support BRC & Friends on Patreon
Subscribe to the BRC Communiqué