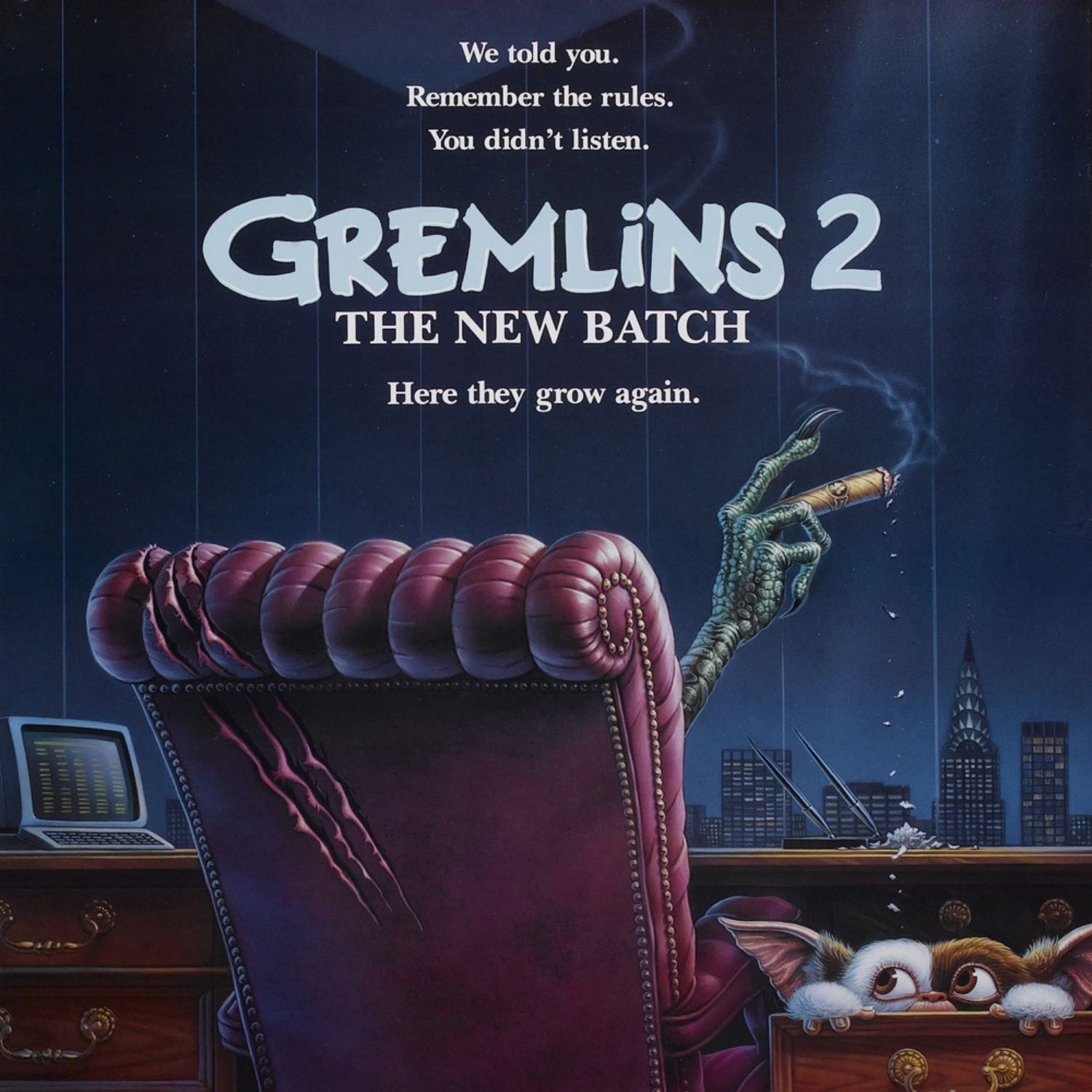 The final episode of Sequeltember, Gremlins 2: The New Batch is, in many ways a total anomaly. It's likely many a millennial's first foray into the Gremlins universe (Gremlinverse?) due to it's focus on the cartoonish humour, rather than the horror aspects of the 1984 original. Plus it’s not often a director gets to make a sequel that the studio is so desperate for that they will relinquish creative control.

This is a movie that knows it’s a cash grab sequel, but makes a mockery of it. It successfully manages to lampoon everything about its own world and mythology, even down to the ridiculous rules of Mogwai ownership.

There’s no denying that Gremlins (1984) is a classic, and yet Gremlins 2 somehow manages to elevate itself because it knows the premise of the first movie is ridiculous. It doesn’t just stop at self-referencing and satirising itself though, it takes the Hollywood system of sequels and just throws shot after shot, while also upping the ante of its own production by making more diverse; literally a new batch of Gremlins.

Gremlins 2: The New Batch is a completely self-aware, insane commentary on '80s excess, commercialism and greed, as well as being hilariously and fourth-wall-breakingly funny. That alone makes it one of the best sequels ever made, and the perfect end to this Sequeltember season.

I would love to hear your thoughts on Gremlins 2: The New Batch! The previous episode on Gremlins can be found at https://www.verbaldiorama.com/episode/gremlins

And Brendan for his Patron thoughts, too!

Subscribe, follow and listen to Geek Salad and The Midnight Myth in your podcast app of choice!