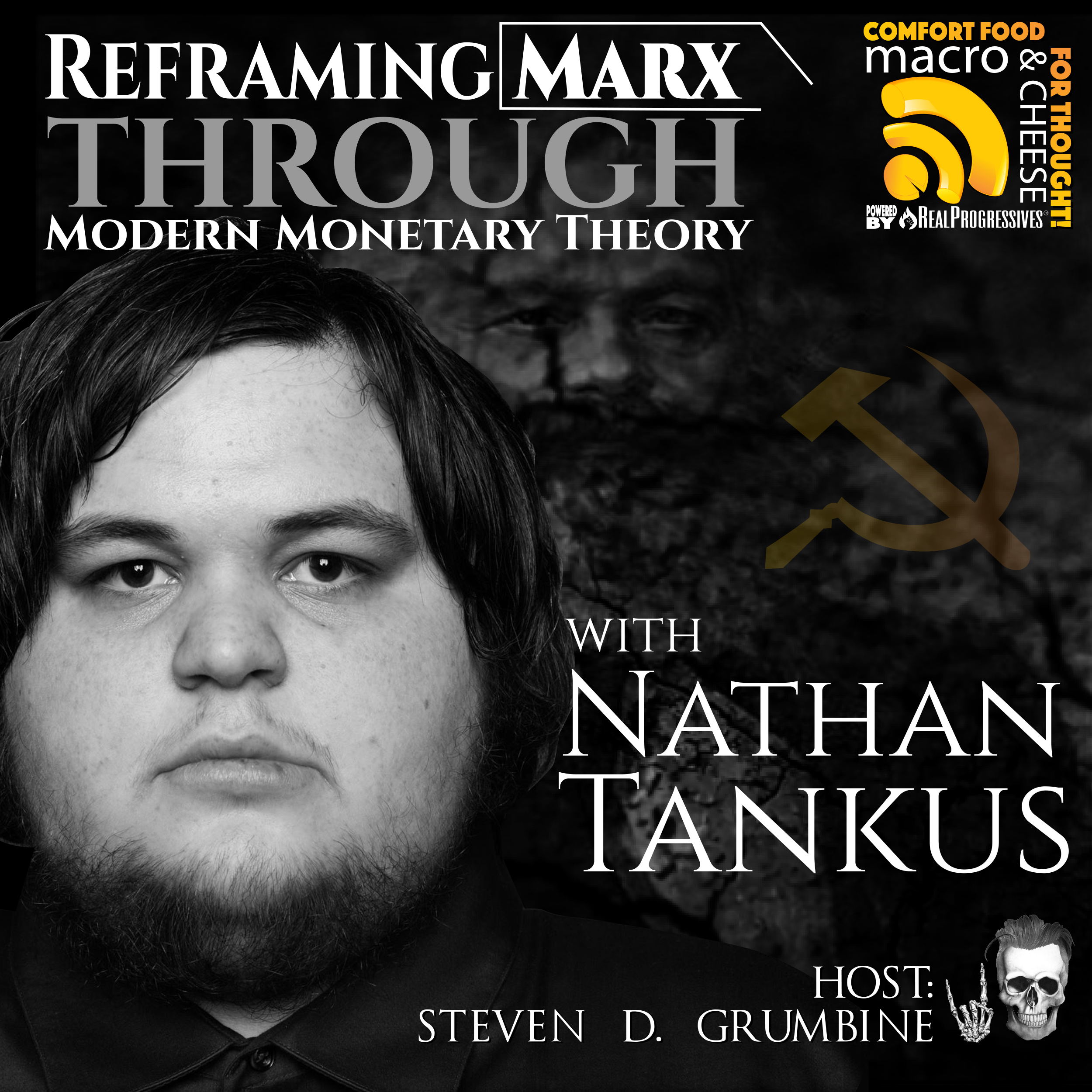 MMT seems like a natural fit for Marxists so why has there been some resistance to it? MMT explains the monetary system. Period. If we build a post-capitalist society we’ll need to understand how currency works. If we want to discuss getting rid of money altogether, we’ll still need to understand it. In this episode, Steve called upon Nathan Tankus to break it down and explain the objections to MMT among some on the left, particularly Marxists. Along the way, he tries to dispel some of the fears and objections.

Marx devoted himself to studying and developing a theory of capitalism. He left a huge body of work and, occasionally, some parts of it contradict other parts. There’s a strand of Marxist tradition that influenced Post-Keynesians, Chartalists, and MMTers, so it’s hard to make the case of incompatibility.

A criticism of MMT from the left is that it is only relevant to a monetary sovereign nation, especially one, like the US, that doesn’t hold foreign-denominated debt. MMT is explicit about the perils of holding debt in a foreign currency, whether in the Weimar Republic, Zimbabwe, or the Eurozone. In fact, Stephanie Kelton made an early call on the unsustainability of the Euro.

(For an in-depth discussion of the economic problems of the post-colonial world, listen to our episode “The Spectrum of Monetary Sovereignty in developing Nations with Ndongo Samba Sylla and Fadhel Kaboub.”)

It’s practically canon among leftists that we prioritize raising taxes on the rich. Our listeners know that MMTers are sometimes criticized for decoupling “taxing the rich” from our demand for social programs. Nathan and Steve discuss the irony in the fact that raising the marginal tax rates on billionaires may decrease their household wealth, but it does nothing to change the fundamentals -- the ownership and control of the means of production.

Universal healthcare will immediately save lives. A Green New Deal will immediately save the planet, thus saving lives. Free college education will improve lives, as will student debt forgiveness. A federal job guarantee will transform the social fabric, benefiting communities, families, and individual lives. What do we gain from increasing taxes on the 1%? It’s not a Marxist proposition: he never suggested that taxes would alleviate exploitation.

Nathan makes the point that tying these vital programs to the collection of taxes implies that capitalists fund the government with their tax dollars and it limits us to what we can squeeze out of them.

This interview is packed with important ideas and facts. They consider the irrational fear of robots replacing human labor. They look at some of the endless possibilities opened up by a job guarantee, including as a way to finance workers’ coops, creating laboratories for other means of organizing labor. Nathan explains the bathtub analogy for understanding stocks and flows. And there’s much, much more.

Nathan Tankus is the Research Director of the Modern Money Network and Research Scholar at the Global Institute for Sustainable Prosperity. He has written for the Financial Times, Business Insider, Naked Capitalism, The Appeal and JSTOR Daily, and currently has a blog, Notes on the Crises, at NathanTankus.substack.com