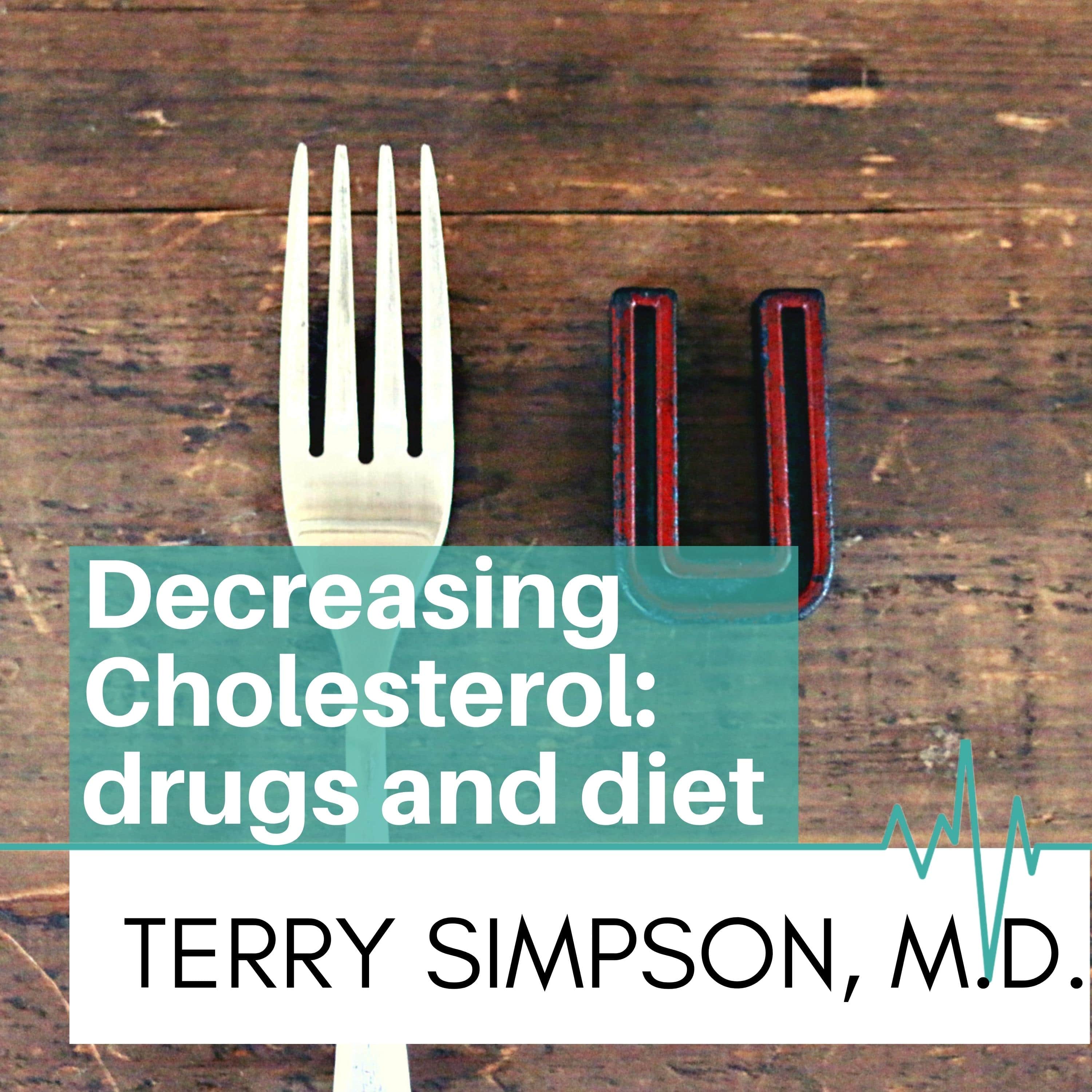 There is a persistent belief that lifestyle can take care of all cholesterol problems. Lifestyle can make things worse, but once things are worse, it cannot make things better.

Once you have disease, or cholesterol is higher, you need treatment often beyond lifestyle management.

This distresses many people, who wish to have control over their fate.

High cholesterol is one of the main causes of heart attacks, strokes, and peripheral vascular disease. You can lower cholesterol through diet and exercise by as much as 15 percent. Lifestyle changes are the first choice to decrease cholesterol. Modern drugs, however, will lower cholesterol levels far more than diet or exercise.

The progressive changes of a vessel

The normal artery, as shown below, is a free-flowing blood vessel. When a person is in their late teens, there is already fatty formation on the inside of the vessel wall.

As more fat is deposited in the vessel wall, blood flow decreases, leading to ischemia in the end organ.

Angina, or heart pain, occurs when there is insufficient blood flow to the heart secondary to an artery narrowed by plaque.

Damage to the blood vessel begins the process of

However, the lower the level of LDL, the less risk those factors become, as you shall see.

Anatomy of the Blood Vessel

If you examine the autopsy specimen of the coronary artery above, the blood flows through that lumen. The inner wall, the wall the blood comes into contact with, is called the endothelium. There are three layers to the wall of an artery:

Atherosclerosis begins when the cholesterol transport protein enters the wall of the tunica media, whose first layer is the endothelium.

In 1954, Dr. John Gofman reported the discovery of LDL and HDL. These were the particles found when he separated plasma cholesterol-carrying lipoproteins with an ultracentrifuge. Gofman was the first to note that heart attack patients had high LDL levels. The correlation of high LDL and heart attacks has been called “one of the most profound epidemiologic correlations in all of medicine.”

High LDL levels have been shown to correlate with atherosclerosis in all species studied.

The higher the LDL level, the faster atherosclerosis develops. Factors that increase atherosclerosis are those which injure blood vessels: smoking, hypertension, hyperglycemia, and genetic factors that predispose endothelium to early injury.

High LDL levels can lead to heart attacks in children as young as 6 years old. This rare form of homozygous familial hypercholesterolemia inspired Brown and Goldstein to elucidate the genetic defect in the receptor for LDL.

Discovery of the LDL receptor defect

Brown and Goldstein discovered that when LDL receptors are defective, it leads to the following:

To keep blood LDL constant, your body uses a feedback mechanism. As your LDL levels increase, the target tissues produce more receptors to take up the LDL. If the LDL receptor is defective, the liver continues to increase production of LDL.

Brown and Goldstein speculated that an HMG CoA reductase inhibitor would deprive liver cells of endogenous synthesis as a source of cholesterol. This deprivation would relieve the feedback repression of LDL receptors, and the resultant increase in LDL receptors would lower plasma LDL.

The FDA approved the first statin 1987, Mevacor, which reduced plasma levels of LDL and was well tolerated. It was only theory that lowering LDL would reduce heart attacks.

The first study showing that statins not only reduce LDL, decrease heart attacks, and prolong life was reported in 1994. These studies have been repeated:

The 2002 study was large enough to show a reduction in relative risk even when subjects had risk factors such as diabetes, hypertension, and smoking.

For each reduction of LDL cholesterol by 40 mg /dl, cardiovascular events are reduced by 20%. This even applies to people considered low-risk (ref).

Lowering LDL over time is the key

People with PCSK9 mutations may never develop atherosclerotic plaque because they have low LDL levels throughout their lives.

In many statin studies, patients were treated only when they were at high risk of coronary disease, which means they had already established atherosclerosis. Once the disease is diagnosed, patients may need a much more severe LDL reduction to prevent an event.

Bringing it back to Ancel Keys

Inflammation and oxidized cholesterol have been speculated as a cause of heart disease.

Vegetables and other fiber-rich foods provide an additional protective effect with the consumption of meat. It appears that the increase in soluble fibers, as well as phytoestrogens from the fiber, reduce the pathway of cholesterol absorption. In addition, they decrease the risk of colon cancer.