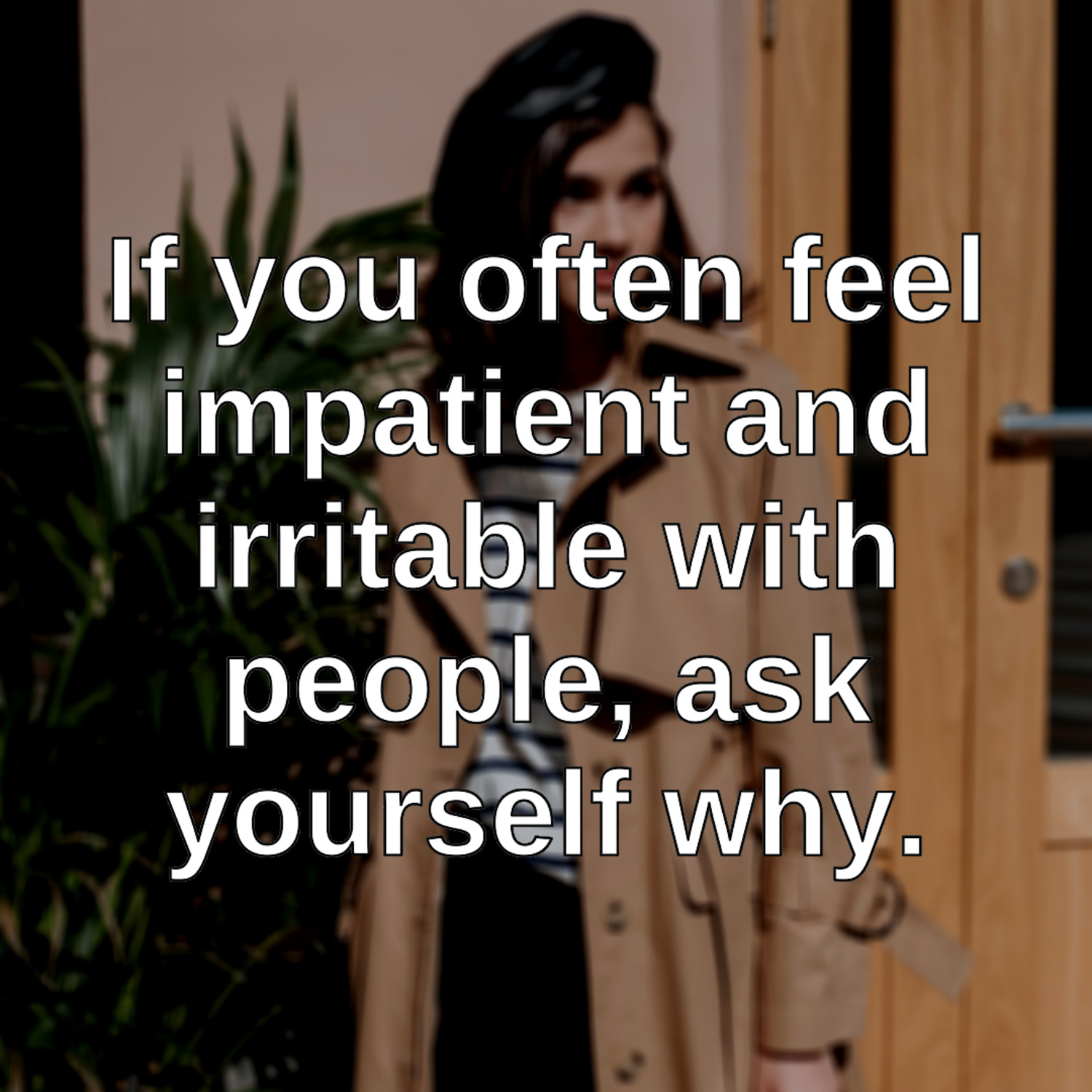 Practice conversational patience, listen to others, and give them the space to be as they are. In other words, cut out the ego! You can validate others by asking questions every time you’re tempted to jump in and hog attention. Relax, slow down, and have the self-discipline and compassion to let the conversation unfolds as it will, rather than as you think it should.

Being a skillful communicator takes clear boundaries, empathy, curiosity, and a good dose of genuine humility for when you miss the mark. One final characteristic to master is patience. Sure, patience sounds like something boring and old fashioned that only nuns are required to develop, but the truth is that most of us could stand to be a lot more patient.

The world is set up to stimulate and sate a never-ending conveyor belt of desires, and given the nature of advertising, the media, and the internet, most of us are consistently trained to expect and seek instant gratification. It goes beyond the fact that we simply don’t like waiting for the things we want. Rather, it’s about having the humility and broadened perspective to understand that you cannot demand everything moves at the pace you want it to move.

Some people are terrible listeners not because they don’t care about other people’s lives, but because they have something akin to conversational ADHD. They lack patience and maturity and want to cut to the chase. Maybe they’re impatient for the other person to stop speaking, so that they can start. Or maybe they’ve convinced themselves they know exactly what is going to be said and are just impatiently waiting for the conversation to finish. (Have you ever been on the receiving end of such impatience? It can be profoundly invalidating!)

Listening well means putting your own needs and perspectives on the back burner. Yes, really. It sounds boring, but this is a form of discipline that needs to be learned and practiced. In any social situation, there are simply going to be times where you are not the center of attention, and where your wants, needs, and perspective are not the focus. More than that, there are just going to be times when you have to willfully put aside your own ideas about where the conversation should go and let the other person lead.

If you often feel impatient and irritable with people, ask yourself why. You might find your head filling with loads of “should” statements and prescriptive ideas about how you believe people should be. But dwell on what you’re really irritated about, and you’ll see that it’s not entirely reasonable: you may be annoyed, essentially, that other people are not like you. They talk about topics you see as irrelevant, in ways you find strange or outright wrong, or at a pace you may think is too fast or slow.

But when you think about is, is that really a problem? Isn’t this expectation a little like wanting everyone you meet to be a replica of yourself?

This is a point that is subtle but goes very deep, and it’s a skill that many would argue is vanishing in the modern world. When you converse with someone, do you actually make room for them? In other words, are you genuinely giving them space to speak, to express themselves, to be as they are, without your judgment or interpretation or resistance?

Think of it in terms of attention. Imagine that attention is a valuable resource that everyone wants—we all yearn to be seen, acknowledged, and maybe even praised and appreciated for who we are. This is the main drive in many people’s relationships! But if we approach every conversation as nothing more than an arena where we can extract this value from others, then what we are doing is becoming precisely the kind of person who we don’t want to encounter ourselves. In other words, we become self-absorbed and unable to really listen.

This sets up a cycle. People are desperate for attention, but this need makes them so self-focused that they are unable to give attention to others. What happens is that a conversation turns into a subtle competition for who can get the most airtime. Someone might dominate a conversation, interrupt others, and do very little listening, then leave the conversation and without a hint of irony say, “Nobody ever pays me any attention.”

The only way out is to be patient, be generous, and make space for other people. Not in the transactional sense (“if I listen to your boring nonsense for long enough, then you have to listen to mine”), but because making others feel heard and appreciated is just as enjoyable as feeling that appreciation ourselves.

Be kind to others. Some people you talk to will have been invalidated their entire lives and have never truly been seen or heard. But when both parties in a conversation are confident enough in themselves not to squabble for airtime, they can both relax and simply be with one another. Enjoying the limelight is then a lovely gift that they take turns handing over to one another. There’s always enough to go around.

At first, listening takes patience and forbearance. But if you practice, you’ll soon realize that making others feel good, listening to them, making space for them and genuinely showing interest in them is actually not the awful punishment you first thought! In fact, there is a certain kind of relaxed pleasure you can derive from stepping back and letting other people shine. Slow down. Make them feel seen and validated. Don’t be in a hurry to speak or share every opinion or idea that pops into your head. You don’t need to respond to everything or speak up whenever you disagree.

If someone doesn’t return the favor and hogs attention forever? Well, that’s what boundaries are for. Give people the benefit of the doubt but simply walk away if you’re consistently having to fight to be heard.

Here’s a very practical way to start bringing more patience into your conversations: every time you feel tempted to jump in and share your own opinion or anecdote, pause and ask a question instead. Hit that tennis ball immediately back over the net instead of hogging it. You may discover that you feel closer and more connected to the other person, that you win their trust and liking, that you learn more about them, and that they’re more interested in you—without you having to barge ahead in the conversation. All of this is ultimately worth much more than being the one that talks the most!