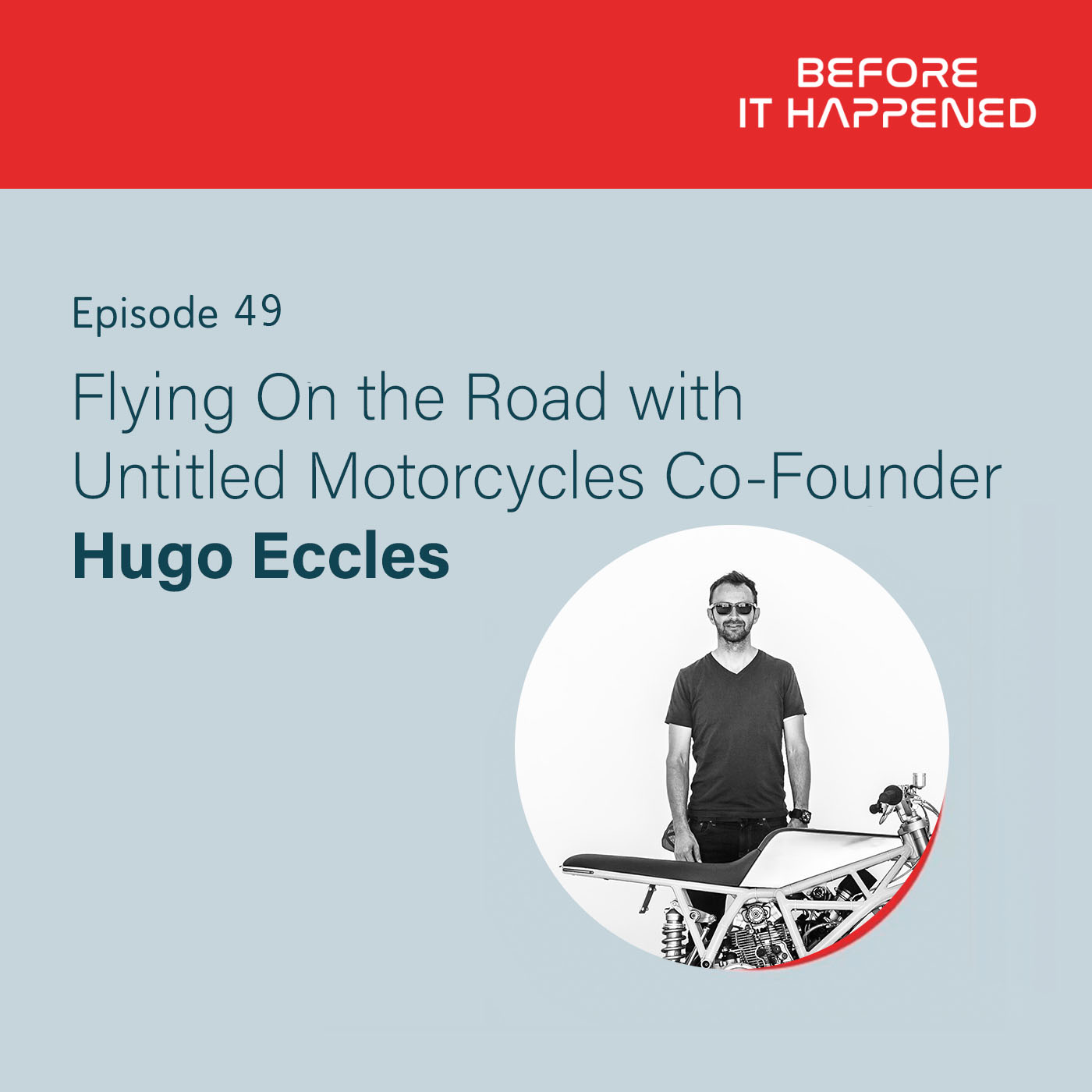 We’ve talked a lot about electrification and sustainable energy and transformational technologies shaping the ways we move through the world on Before IT Happened. In this episode, award-winning industrial designer and co-founder of Untitled Motorcycles Hugo Eccles joins the show to talk about his creative process driven by a passion for both riding and design, talking about his family’s deep connection with automobiles all the way to his current challenges designing e-bikes and trying to attract new groups of riders through innovation and conscious development.

(02:11) - Hugo’s family legacy with mechanics - “My great-grandfather was one of the founders of the Royal Automobile Club and played a big part in electrifying Britain. In fact, there's a story that he got punched by Queen Victoria. He got into a disagreement with the queen when he was installing electric lighting in Buckingham Palace.”

(05:11) - Working with the design firm IDEO in the 90s - “I worked on everything from office furniture systems to mobile phones to children's toys, car interiors, medical products, you name it.”

(09:57) - Establishing a booming design career - “We're not engineers. We're very ignorant about things, which I think is good in a way. We're really well-positioned to be the kind of advocate for the consumer—for the user—because they're not engineers either.”

(13:17) - Hugo’s decision to focus on motorcycle design - “It just started with a really innocent question. My wife asked me ‘This might be a stupid question, but you love design and you love motorcycles. Have you ever thought about designing motorcycles?’ It was interesting. I think I was waiting for permission to do it.”

(20:56) - Designing on trend - “I think the trouble with style is it's generally attached to fashion, and fashion is very temporary. If I had to choose function or style, I’d choose function because function never goes out of style.”

(27:49) - Hugo’s on the future of e-mobility (and how to attract new non-male riders) - “ I really think comparing a gas bike to an electric bike's a bit like comparing a landline to an iPhone. They both make phone calls, but the implications of the two things are so very different.”

Learn more about the Petersen Museum in Los Angeles

Listen to Before IT Happened’s: Smart, Electric Motorcycles and Achieving Zero Fatalities Before 2030

Listen to Before IT Happened’s: Driving the Nostalgia of Motorcycles into the EV Era with Paul d'Orleans