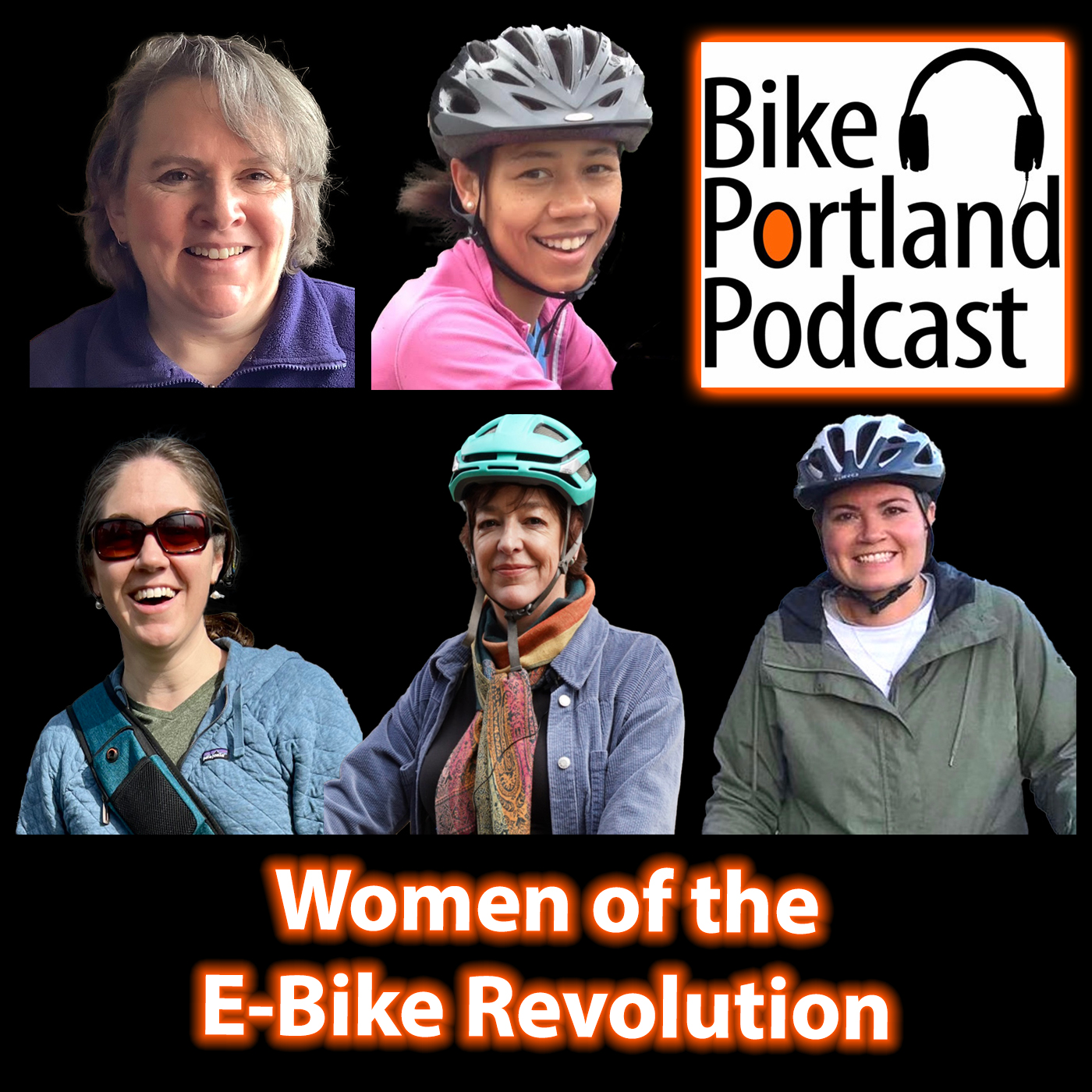 It was International Women's Day when I edited this episode and what better subject to explore than the impact the e-bike revolution is having on women.

In historical terms, the skyrocketing popularity of e-bikes among women feels a bit like a deja vu.

At the turn of the 20th century, as the and price and safety of these magical, human-powered machines improved and the bicycling craze swept Europe and America, it had a profound effect on women.  Bicycles leveled the mobility playing field between genders and in so doing ushered in a new era of independence that had vast influence on everything from fashion and popular culture, to politics. Susan B. Anthony, the famous women's rights pioneer said in 1896: "Let me tell you what I think of bicycling. I think it has done more to emancipate women than anything else in the world."

Fast forward 120 years or so and another great leap in bicycle technology is once again changing everything for women: electric bikes. The popularity of e-bikes is one of the most exciting developments in the cycling world and - as you'll learn in this episode - it's particularly exciting for women.

Bike advocates have spent decades trying to increase the amount of women who would give daily bicycling a try and it turns out all many of them needed was just a small electric motor powered by a rechargeable battery about the size of a two water bottles.

In this episode I share interviews with five women whose lives have been changed by e-bikes. You'll hear how their bikes have not only helped them leap confidently over what used to be common barriers to bicycling, but also how the bikes have balanced out the power dynamic on our streets and have opened up new cycling possibilities far beyond the commute to work.

Going into this episode, I felt like what I was seeing with e-bikes and women was nothing short of a revolution, or at least a movement. Now I'm more convinced about that then ever.

Our guests in this episode are:

This podcast is a production of Pedaltown Media Inc., and is made possible by listeners like you. If you're not a subscriber yet, please become one today at bikeportland.org/support. You can listen to more episodes and find out how to subscribe at bikeportland.org/podcast.