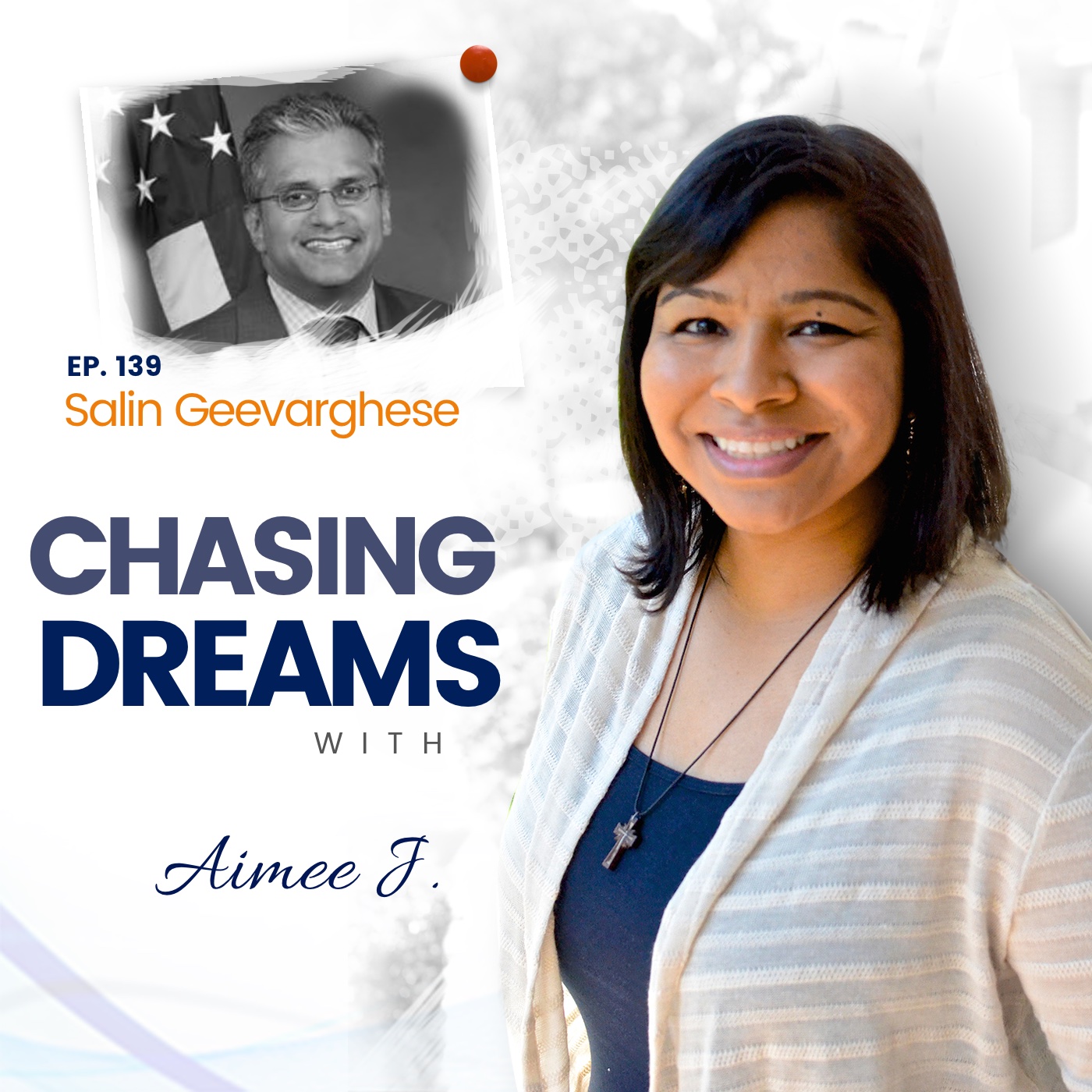 Salin Geevarghese currently serves as Senior Fellow at the Center for the Study of Social Policy (CSSP) as well as the founding Director of the Mixed-Income Strategic Alliance and its Innovation and Action Network. The Mixed-Income Strategic Alliance is a collaboration of CSSP, the National Initiative on Mixed Income Communities at Case Western Reserve University and Urban Strategies, Inc.

Before that, from April 2014 to January 2017, Salin served in a senior appointed leadership post as HUD’s Deputy Assistant Secretary for the Office of International and Philanthropic Innovation (within the Office of Policy Development and Research) during the Administration of President Barack Obama.

More importantly to me, he is my cousin and older brother, and I am stoked that he has finally caved in and said yes to coming on the show. We talk about family, why representation matters, and of course, mental health, since May is Mental Health Awareness month. His son Sanjay also joins us for the conversation, so let’s get right to the conversation.

Being a Leader, Paving the Way

So what does your family say about YOU? Salin says he was always known as the “big mouth” in his family, but he never dreamed his career path would take him where it has. He was commonly described as a leader, and was the first in his family to go to law school. Seeing his parents as role models shaped his early thinking, which focused on helping those in poverty and making an impact on others. Because Salin’s mother taught elementary school in Chattanooga, Salin was able very early to realize that not everyone has the same background and experiences. He says that seeing his parents serve others were character-molding moments in his life.

TWEET: I was aware very early that what I had and what others had were very different. #ChasingDreams

The Question Salin was asked EVERY Day

Can you imagine what it’s like to work for the President of the United States? Salin was privileged to work for HUD as his father entered the early stages of dementia. Every day his father would ask if he would see the president today. Every day Salin would answer, “Not today, Daddy.” Even though his HUD post didn’t mean day-to-day contact with President Obama, he knew he had to figure out how to get a picture of himself with the president, so he could give it to his father. Salin didn’t think it would ever happen, until 2016, when he was nominated for an award and was invited to the ceremony where he would meet President Obama. It was the culmination of a 6-year dream and the answer to the question his father asked so often.

The Letter that Means So Much

When is a letter more than just a letter? How about when the letter is from the President of the United States? Salin was able to share briefly with President Obama the story of his immigrant parents and their story. The president wrote a quick note of thanks for him to pass along to his father, along with the picture of Salin and the president. Salin was so grateful for the president’s humble leadership that he wrote a note of thanks for the time and attention shown to his family. It wasn’t long before a letter--yes, a “Thank You” for the “Thank You”-- arrived at Salin’s house from President Obama, acknowledging the contribution made by their family. It was a small gesture that wasn’t about politics, but became a meaningful symbol of pride and honor in this Indian family. It’s just one example of what can happen when you think of others, especially in showing kindness and grace to someone suffering from Alzheimer’s disease, like Salin’s beloved father.

TWEET: President Obama acknowledged what my parents as immigrants had done and said his thoughts and prayers were with us. #ChasingDreams

TWEET: Alzheimer’s robs people of a lot, but there is nothing to be ashamed of. #ChasingDreams