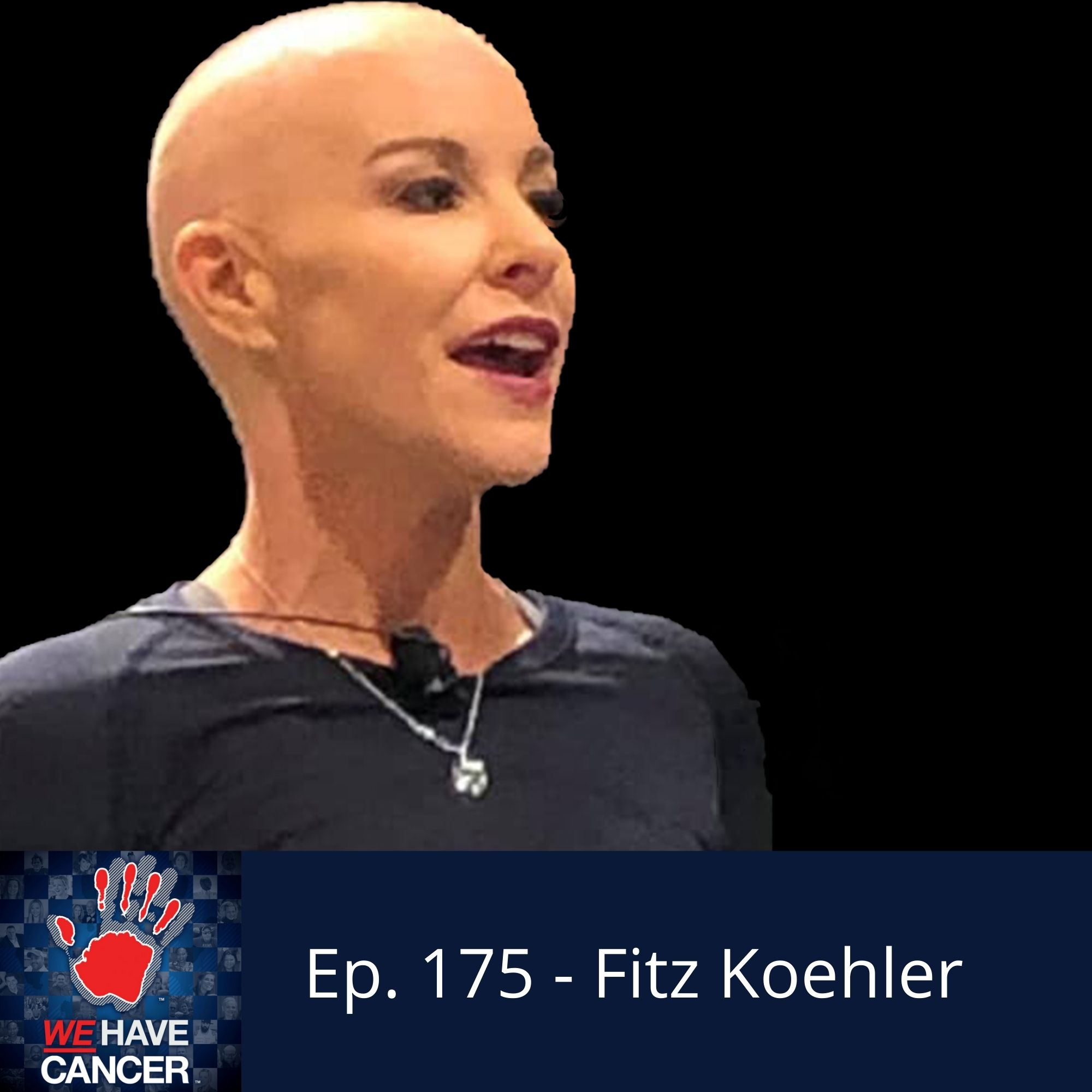 On this episode of WE Have Cancer, fitness guru Fitz Koehler joins Lee to discuss her journey with breast cancer. When it comes to cancer, it can happen to anyone - even those with a perfectly healthy lifestyle. That was the case for Fitz, who through early detection and a no-holds-barred attitude, has managed to make it through stronger than ever.

Fitz Koehler is a fitness innovator with a Master’s Degree in Exercise and Sport Sciences from the University of Florida who has been teaching fitness, announcing marathons, and been participating in fitness for decades. With her unique cancer journey, she took her experience and authored a book explaining the gory, nitty-gritty details of breast cancer and everything that comes with it.

Fitz had always been adamant about getting cancer examinations and checkups because if there was a chance that she could have cancer, she’d want to know as soon as possible. In late December of 2018, she walked out of her mammogram with no signs indicating anything was going on. Less than 7 weeks later, she felt an itch under her breast during a self-breast examination. Within 30 seconds, she called and made an appointment. Days after that, she was told she not only had a tumor but also several hard swollen lymph nodes.

After a biopsy and a diagnosis, specialists went back to look at Fitz’s scan from the previous December. The doctors took Fitz’s concern seriously as they realized that it was fast-moving breast cancer that was developing quickly and rapidly. Less than three weeks after finding the lump, Fitz had started treatment. Her official diagnosis was ductal carcinoma, stage 2 breast cancer.

When Fitz found herself diagnosed with breast cancer, not only was she surprised, but her family and friends were floored. She was dedicated to fitness, so it didn’t make sense. Her kids were resilient, despite worrying about their mother, and Fitz felt the need to remain strong as a parent for her kids as she fought. As for her fans, they were more surprised than anything. Fitz got up and hosted some of the largest running events in the US and was heavily involved in marathons and running. She was always perceived as loud and strong in front of thousands of people on stage.

Fitz was worried about chemotherapy hair loss, not because it was her identity, but because it was something that she enjoyed. As she was going through chemotherapy, she was traveling and announcing marathons. With her hair loss starting to show as she stood up in front of thousands of people, she found that she could no longer hide it. Fitz posted a video to her social media, explaining that she had cancer and that she was going to look different, but that she was fine. Eventually, she shaved her head with her family.

As Fitz was going through her cancer treatment, she had the mindset of never letting her kids see her cry. She tried to be as happy as possible - but this meant she cried in private. It got harder as her treatment ramped up and became more intense, and she had friends and neighbors drive her kids to school and take them to places. She decided to not let her kids come with her to her treatment appointments so that they didn’t have to see the other sick patients. During this time she relied heavily on her husband to not only support her but the kids too.

Fitz is famous for being loud, unapologetically herself, and bossy when it comes to fitness. She is famous for making a happy noise, and that’s how she wanted to handle cancer. As soon as she was diagnosed, she decided that she was not going to give up on any of her events, or any special time with her kids. She wanted to truly live her life with cancer, and a lot of suffering was spent off of the stage and behind the scenes. After her cancer journey, she wanted to write a book that shed light on things that she experienced through treatment that wasn’t often talked about.

Fitz’s fitness journey during and after treatment started with Fitz from wiggling in a pool to walking up a hill near her home. Despite being knocked out of exercise for a while, she feels like she’s made progress and gradually increases without hurting herself. After chemotherapy when she really could go back into the gym and start building up her strength, she was so proud. It was not only a physical outlet but a mental outlet. It took a while for Fitz to build her fitness and strength up to where she is today, but she is proud of the journey and where she ended up.