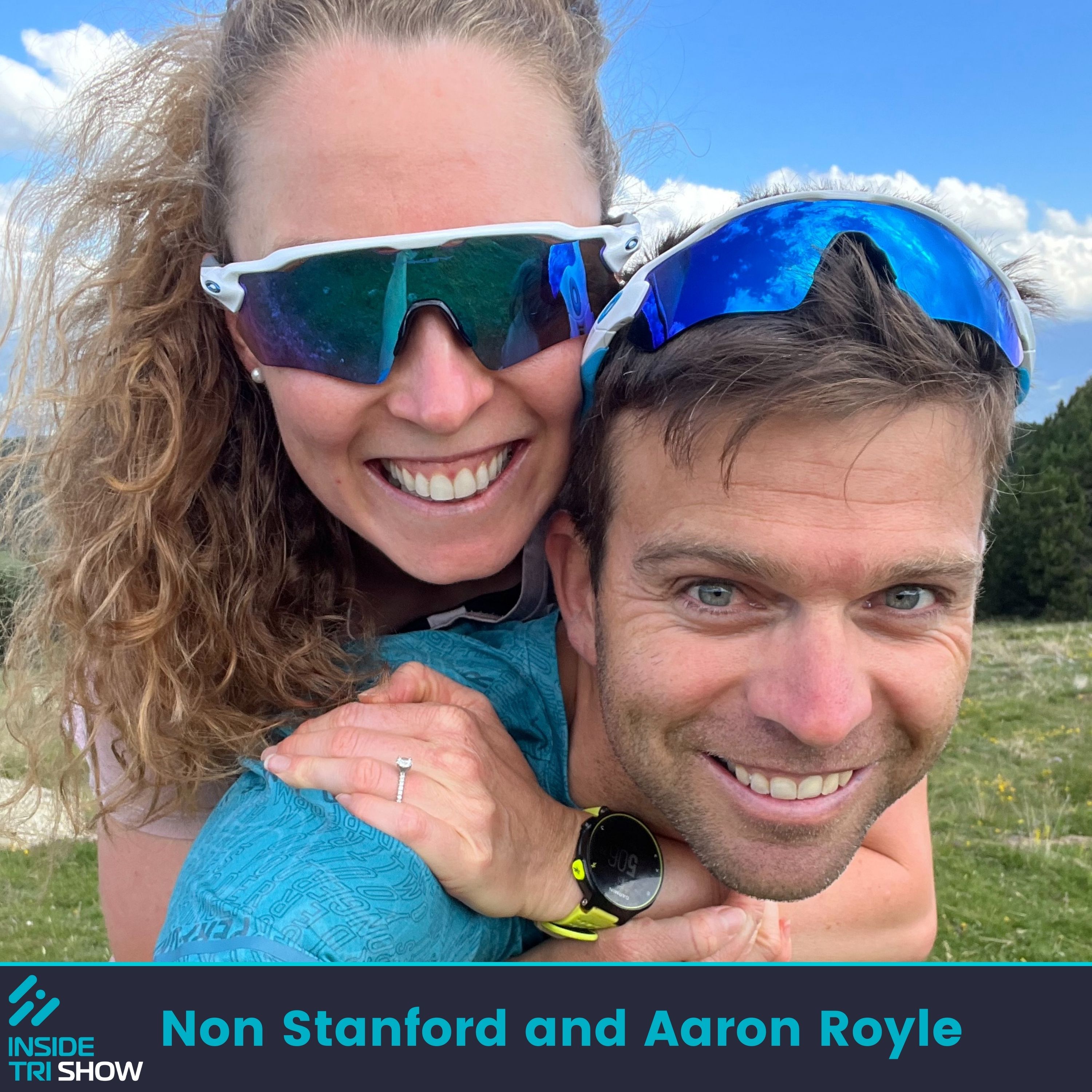 Triathletes Non Stanford and Aaron Royle join us in conversation. Non announced she would be retiring from triathlon in 2022, after being crowned European Champion and winning silver in the mixed team relay with Wales at the Commonwealth Games, a decade after her first World Championship title. Her partner Aaron Royle from Australia was also World U23 Champion and has competed at two Olympics. In 2022, Aaron finished 3rd at the PTO Canadian Open in Edmonton and made his Collin's Cup debut.

09:30 Non talks about winning silver for Wales in the mixed relay at the 2022 Commonwealth Games, ahead of Australia who won bronze. "It was a dream," says Non. "I don't think i could believe it. Everyone loves an underdog don't they? It was really emotional for everyone."

15:30 We talk about Welsh pride when watching sports.

18:00 Non on becoming European Champion. "I went into the race with very low expectations and I just went into it wanting to have fun. Whenever I'm super chilled, i seem to do well."

20:00 Non talks about retiring from triathlon and her final appearance in a GB vest. Aaron also talks about how Non had considered retiring in 2018.

28:00 Non's next steps, branching into coaching at the Leeds Triathlon Centre for British Triathlon. Rhys Davey, her former coach will now be her boss.

32:00 Aaron on racing more middle distance events, coming 3rd at the Canadian Open and making his debut for Team International at the Collin's Cup in 2022 and looking ahead to the Ironman 70.3 World Championships.

37:30 Why Non didn't decide to go into longer distance triathlon.

41:30 Aaron speaks amazingly about 'race weight' and how obsessing over weight can be dangerous and it can go very wrong. "I lost all strength from it when i got it wrong before the Rio Olympics." It's pretty miserable when you're denying your body what it needs," says Non. "It is getting better," she adds.

53:00 The best things about Australia and Wales, according to Non and Aaron. "I'd be happy never to spend a day in winter in England!" says Aaron.

For a $15 Discount on FORM Swim goggles: https://www.formswim.com/pages/insidetrishow

For a $15 Discount on FORM Swim goggles: https://www.formswim.com/pages/insidetrishow

Resilient Nutrition - Get 10% off here via this link.