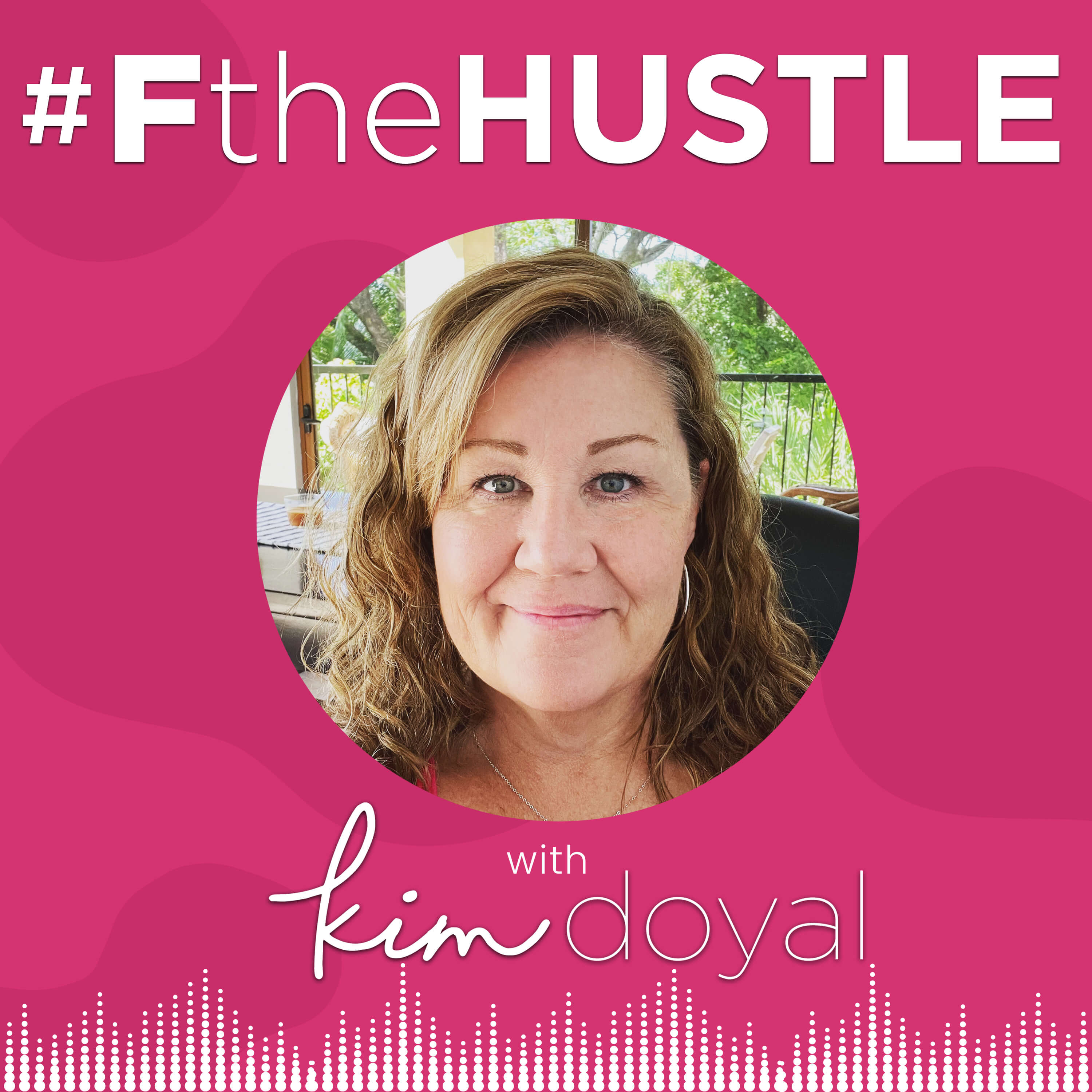 I’ve been thinking about how I would do this episode in hopes that I could create some structure and not simply ramble at you about the process. I’m sitting here writing the post watching men hang from the trees outside my window to trim branches (they started with machetes and are using chainsaws now).

The bonus is my view of the ocean keeps getting better.

At the time of this writing/recording, I’ve been in Costa Rica for two weeks. The first 8 were with my daughter and we were really busy trying to see and do as much as possible (which kind of bit us in the ass since we were pretty wiped before we got on the plane).

Today is only day 2 of a somewhat normal routine… and that was a little nuts (housekeeper, someone fixing the refrigerator, high speed internet install, and yes, tree trimming outside my windows).

My goal for the next few days is to get some rest while getting back on track with work. I need it and my dogs need it (they’ve done amazing considering everything they’ve been through).

Update: I’m sitting out on my patio writing. I’ve got my coffee, there’s a slight breeze, and I’m staring at the ocean listening to birds.

I’ve shared my reasons for moving here (and will probably go more in depth in another post on my PuraVidaJourney.com site), so let’s start with the journey here and the last two weeks.

Getting to Costa Rica

The truth is it actually went pretty smoothly.

The two months I spent at my Dad’s after leaving Boise was busier than I expected, but really nice. It was great to get to see family a few times as well as my friends in the Bay Area. I had a great night with my girlfriends (these are friends from high school who I’m so grateful for), saw some family friends, and basically worked on getting things (myself), prepared for this move.

My daughter drove up from LA on Saturday, May 29th so we could have a graduation party for her with the family. She left her car at my Dad’s because we needed my car to get all my bags, the dogs, and computer in and I’m letting her use my car for a while.

We turned around Sunday morning and hit the road back to LA (it’s about a 6 hour drive) and checked into a hotel near the airport (the intention was to do a park & ride… then we found out they weren’t running shuttles because of Covid. They didn’t have the staff to clean them. Tip: make sure you’re talking to the actual hotel and not a reservation line).

We decided to stay there anyway (it was only 5 min from the airport) and found a parking garage that would shuttle us over…there was no way we could Uber with all our stuff + the dogs).

To enter Costa Rica right now you have to purchase medical travel insurance, which I did. The night before our flight I logged in to fill out our health certificate, which then gives you a QR code so they just scan it at the airport. This was snafu #1.

My daughter couldn’t find her passport (and she is super on top of things so we had a moment of freak out). Fortunately, she lives in LA and her place was only about 25 minutes away. We drove to her apartment and she couldn’t find it (where she thought it should be).

I had a feeling it was there so went out to the family room to look around and it had fallen on the floor.

We allowed for plenty of time in the morning to park the car and get to the airport, which is good because we needed it for snafu #2.

I had bought the wrong dog kennels for the dogs.

Of all the things to NOT check in terms of regulations, it kinda blew my mind that I had forgotten this (and by the way, in terms of transporting the dogs: it was $1000 for their vet visit which included the required health certifications and updated vaccines, then it was only $100 per dog for them to travel in cargo with us on the plane).

Again, thankfully we were in LA because my daughter, being the badass that she is, hopped in an Uber, went to Petco nearby and bought two new kennels. All in 30 minutes.

I should have taken pictures of us sitting on the floor in the airport, putting these kennels together (all while the dogs were sitting in the wrong kennels wondering what the bucket was going on), but by then I was not in the mood for documenting anything, let alone the chaos of the morning.

Once the dogs were with TSA, we made it to our gate with time to spare (although not enough time to stand in line for a coffee), and took a deep breath.

I have never been more grateful for spending the money on first class as I was that day.

Another Tip: ALWAYS look at the price of first-class. Our tickets were only $200 more and we would have paid the difference in luggage fees if we had purchased coach tickets.

I had arranged a pickup from the airport (instead of renting a car) because I didn’t really feel like getting lost at night in a new country 😉. Fortunately it was through a friend so I knew all would go well (it gets dark here everyday by 6pm, no daylight savings and we’re so close to the equator).

We made one stop on the way for water & snacks, got all our stuff unloaded and I texted the property mgr. to find a walkable restaurant, which is La Forketta. It’s literally five minutes from my place and has delicious Italian food (there are a lot of Italian restaurants here… I guess there are a handful of Italian communities).

After a lovely meal we went back to my place and crashed.

My first week in Costa Rica

I won’t go into as much detail here (we’ll be here forever), but will do my best to share what we did.

Our initial plan was to kind of do nothing and chill, but then my daughter was like “we need to go get stuff to clean.” My place wasn’t filthy or anything, but it needed a deep clean after sitting vacant for a bit.

We walked to Flamingo, which was a little less than an hour, after taking the dogs to get breakfast and coffee (you can pretty much bring your dogs anywhere here) to rent a car. After another attempt at taking them out to dinner one night and I’ve decided to take it much slower with the dogs. They’re used to just the 3 of us and with the exception of a walk or going outback, they’ve never really been those dogs that just go everywhere.

We got smart a little over halfway there and walked the beach instead of the roads (which is a whole other story). Then we were off to Pricesmart & Walmart (which is owned by Costco and is basically a mini-Costco) to pick up some stuff.

Both are about an hour away near the Liberia airport, which is where I flew in.

We were invited to drinks & dinner by the property mgr. and his wife and we gladly accepted. We met them at the Sailing Center (walkable from my place), had a drink to watch the sunset and then went somewhere else for dinner (another Italian restaurant in Flamingo, which is a quick jaunt up the road by car haha).

It was a great night… and I’m super appreciative of the invite. They’re both awesome and have no doubt they’ll become good friends (we also ran into my therapist & her husband, which was super fun as I hadn’t seen her in person for over a year).

The rest of our time was a mix of running a few errands, a couple of trips to the beach (we went to Flamingo and Tamarindo), having dinner at restaurants on the beach, and relaxing.

We found a great masseuse and had two-hour massages on Saturday (very much needed).

After my daughter was safely on her flight on Tuesday (the 8th), I hit Walmart & Pricesmart again for a few things I needed before returning the rental car.

After she left then my goal was to try and get back to work (I did), rest a bit (I did and am continuing that as much as possible), and help the dogs chill a bit.

In a “I can’t believe this is my life” kind of unreal, and I’m enjoying every moment of that wonder and appreciation.

I’ve had a little taste of life here and I know without a shadow of a doubt it was the right move. Literally, not a single regret or thought of “what was I thinking?”

The people here are lovely and the country is SO pretty. 🌴

The day after my daughter left last week I had a housekeeper come to clean (the price is unbelievable and I’m going to have her come weekly), fiber optic internet was being installed, and my refrigerator wasn’t working so that technician was here as well. They spoke no English, I spoke no Spanish… Amen for Google translate but learning the language is at the top of my list.

I’ve met a lot of my neighbors (there are only 7 of us in this building) and they’re all fantastic. Everyone I’ve met is American and they’ve been super helpful. My neighbors across the hall have an 11 year old son and I think I’m going to pay him to walk the dogs a few times a week.

Another gal in the building does audio & video content (once I know more I’ll share more… who knows, maybe I can send some clients her way). There’s another woman who has been here for 30 years and has been super helpful.

This is probably the first time I’ve felt part of a “community” in a long time.

The energy and general vibe here is unlike anything else I’ve ever experienced.

I felt it immediately when we got outside the airport simply to load our stuff in the van. I’ve been to both Hawaii and Mexico and while they’re lovely, this feels so, so different.

Other than a much better view than I’ve ever had before, I don’t think how I run my business is going to change all that much. The biggest difference will probably be the occasional power outage (I guess they have little blips here and there… which I don’t notice unless the computer shuts off) – which I’m assuming may happen a little more frequently during the rainy season (apparently the heavier rains will be Sept. & October. I’ve already had some tropical rains).

All this really means is that I need to make sure to give people ample warning that if I disappear from a call, I’ll be back shortly. And maybe try to limit my calls during the heavy rainy season… we’ll see.

My biggest takeaway from this big life change?

Get #FtheHUSTLE in Your Inbox!