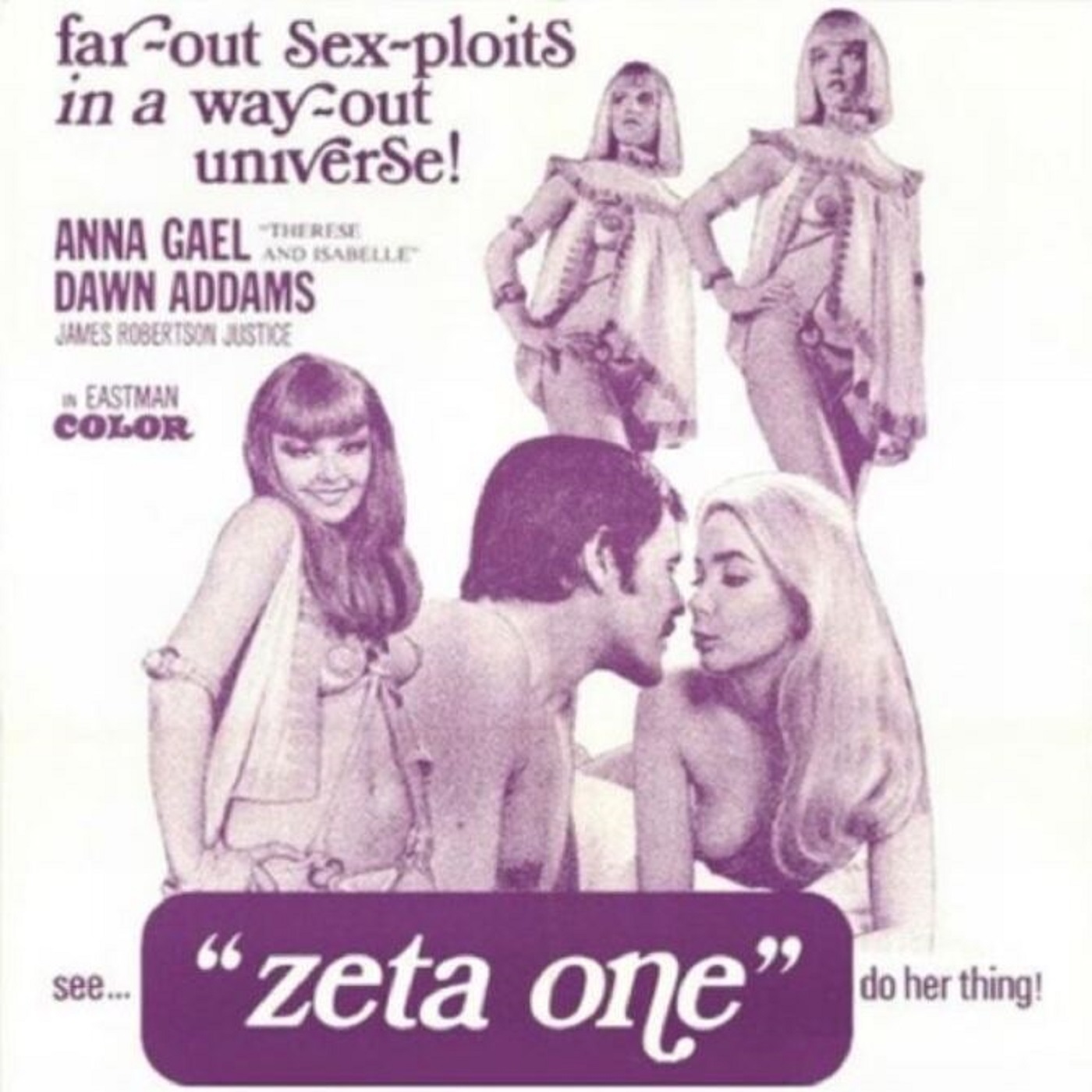 Normally we have two guests on each episode of Soho Bites, but when your guest is as good as David McGillivray, who needs a second?

Long before Matthew Sweet gave him the moniker, "The Truffaut of Smut", David reviewed Zeta One (AKA The Love Factor - no idea why) for The Monthly Film Bulletin. He didn't have a lot of good things to say about it then - has his opinion changed over the last 51 years? He makes a return visit to Soho Bites to tell us.

Produced by Tony Tenser, the film had a troubled shooting period and was shelved for two years upon completion. Although the main attraction was, presumably, the acres of naked flesh on display throughout the film, top billing nominally goes to James Robertson Justice as the chief baddy and his oily sidekick, Swyne, played by Charles Hawtrey.

Any mention of Charles Hawtrey invites another reading of his Wikipedia entry which is always fun.

If you really must watch Zeta One, it's available to buy online. You will find the results of a carefully curated Google search for Zeta One DVDs HERE.

But maybe watch the trailer first so you have some idea of what you're letting yourself in for.

And here is an album of stills from the film.

There are some outrageous Crimes Against Location in Zeta One - eg pretending Warwick Avenue is next to Greek Street and Berwick Street market leads to Camden. If you're a London geography geek just waiting be outraged, look at the film's locations on Reelstreets.

In the first half of the programme , David talks about a film that promises to be a teeny-weeny bit better than Zeta One, although we won't get to find out until next year. The Wrong People is currently in pre-production and is David's own adaptation of Robin Maugham's 1967 novel of the same name.

Set in Tangier in the early 60s, it's the uncomfortable story of Arnold, a closeted gay teacher who falls under the corrupting influence of Ewing Baird, a wealthy ex-pat with particular peccadillos.

Follow the progress of The Wrong People on their website and maybe chuck David a penny or two towards he production costs.

Here's an interesting short film about Dean's Bar in Tangier, the real life version of one of the book's fictional locations.

And you can download the book in PDF format HERE.

The author of The Wrong People, Robin Maugham, was an interesting character.

If you would like to support the show with a small financial contribution towards our running costs you can do that here. For every £1 donated, a kitten lives.

If you are a business and would like to sponsor us, please get in touch and let's talk the talk.

Please leave us a review or a star rating HERE.

Between March & May 2022,  we ran a series of screenings of 1930s quota quickie films at the Kino Cinema in Bermondsey.  Each screening was followed by a Q&A with our resident quickie expert, Dr Lawrence Napper of Kings College London and a specially invited expert guest.  We will be returning to the Kino in the autumn for season 2 but, in the meantime, you can hear season one of the Kino Quickies podcast at KinoQuickies.com. You can also follow us on Twitter and Facebook.

The originator of Soho Bites, Dr Jingan Young, has a new book coming out all about.... guess what? Films set in Soho!  Get your copy at Foyles.