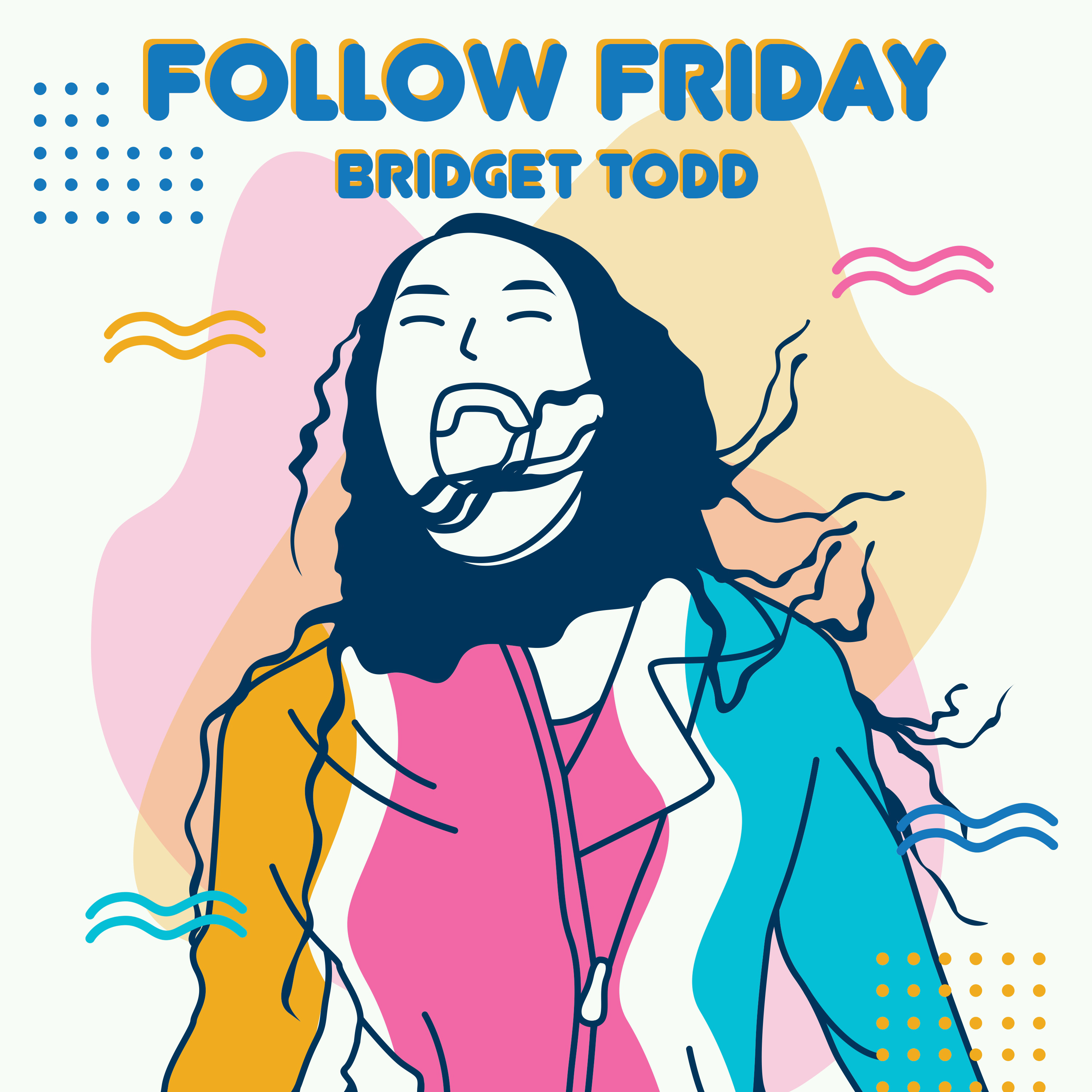 There Are No Girls on The Internet is an award-winning podcast about people who have always been at the forefront of technology, but whose stories are often ignored or misrepresented. That's a big and sometimes contentious field, and TANGOTI host Bridget Todd says it's important to make space for everyone to work through difficult conversations about inclusion, rather than expecting everyone to "get it" right away.

"I've been in social change movements for a long time and I do think we have this expectation that we expect people to show up with the right ethos and the right language and the right perspective," Bridget says. "And I get that, but I also feel like it doesn't leave room to hear the messy conversations of how people become smarter, better, more nuanced, and more thoughtful."

Today on Follow Friday, she explains how to use social media when disinformation is circulating after a tragedy, how she has evolved her thinking about politics online, why she's optimistic about a new online platform for the first time in a while, and much more.

And on Follow Friday's Patreon page, you can unlock an extended version of this interview in which Bridget shares a fifth bonus follow recommendation! Thank you to our amazing patrons: Jon, Justin, Amy, Yoichi, Danielle, Elizabeth, and Sylnai.