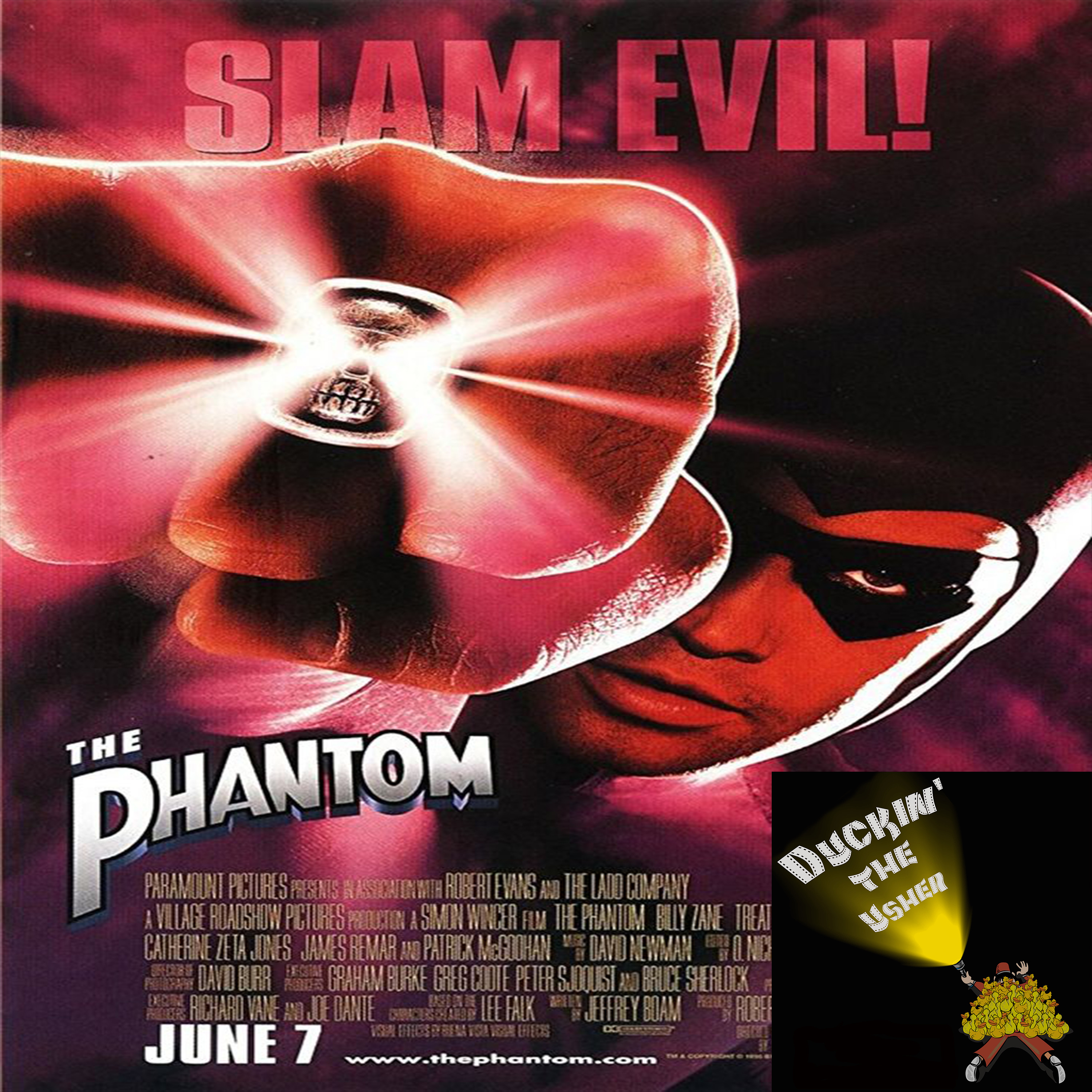 The 1st Episode of "Duckin' the Usher" Josh and Zak talk about the 1996 film "The Phantom" starring Billy Zane, Kristy Swanson and Treat Williams!

Kit Walker is the latest in a line of heroes known as The Phantom, whose powers are drawn from three ancient skulls, but now the Phantom's enemies, the Pirates of the Sengh Brotherhood, have a new ally, the ruthless Xander Drax.