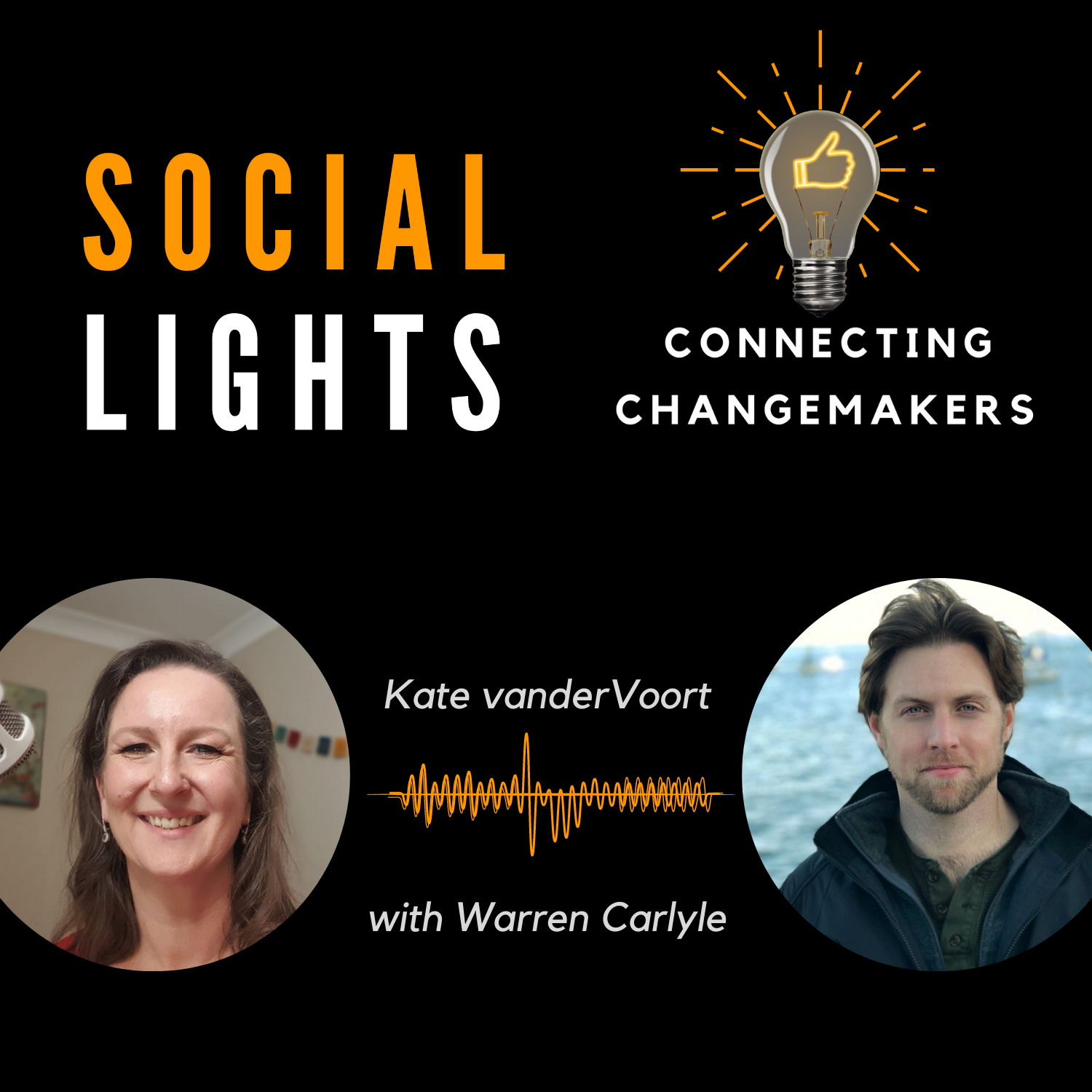 In this episode of the Social Lights Podcast, podcast host and Social Mediology founder Kate vanderVoort chats with Warren Carlyle, founder and CEO of OctoNation, the world’s largest octopus fan club, and not for profit organization that inspires conservation of the ocean by teaching the world about octopuses. He is also the co-founder of the Community Leaders Association and is a community building strategist who works with purpose driven brands and influencers to build highly engaged online communities.

Warren and his communities have been featured and gotten the attention of celebrities and global organizations such as Michael B. Jordan, Ellen DeGeneres, Joe Rogan, Facebook HQ, and more. Warren believes online communities are the lifeblood of brand, a brand relevancy in today's crowded digital marketplace.

He likes seeing people able to live their dreams, live their passion, create communities around the things that they love. When he sees people winning at the thing that they are truly passionate about, it makes him think that the world becomes a better place as they are talking and acting on something that lights them up.

After the terrible news of his mother passing away, Warren decided to find an internship in New York, to start a new life and career. It was this move that taught him the advantages of social media and the power of communities. After working for a several months with a celebrity fashion photographer, he decided to create the largest octopus fan club, because it was an interest of his that he was truly passionate about.

“Inspires kids and adults to look towards the ocean as something that deserves to be protected.” (11:59)

Since Warren was a kid, he been obsessed with octopuses and wanted to learn more about them. After some research he found that octopuses were highly misrepresented, mischaracterized and demonized within the literature. He thought nobody has thought to story tell about how magnificent these ancient creatures are. So, he decided to create OctoNation, a community of people who can follow their love for octopuses. One of their campaigns is called “Interview with an Octopus”, where they go to aquariums all over the world and interview the octopus keeper, asking them questions on Facebook Live or Instagram live. Warren expresses how it is a great way to connect with somebody with a vast amount of knowledge on the topic.

The seven C’s of building a fanatical community are: clarify, core value, content, collaboration, connection, conversation and consistency. When you are clear on those core values, it contributes to the moderation job and people will self-select and opt out if the community is not the right place for them. Warren strives to have a zero-tolerance policy for those that misuse or abuse social media. For community creators and managers there's so much more education now around trolling and abuse on social media. We also need to understand and accept that not everybody is a fit for your community. The content you create is how you are deserving of your community's attention on a daily basis. Your content needs to show evidence of your core values.

“When I reach out to a brand, I really want to foster a relationship at the highest level!” (38:58)

You can find Warren Carlyle, and more on OctoNation at: