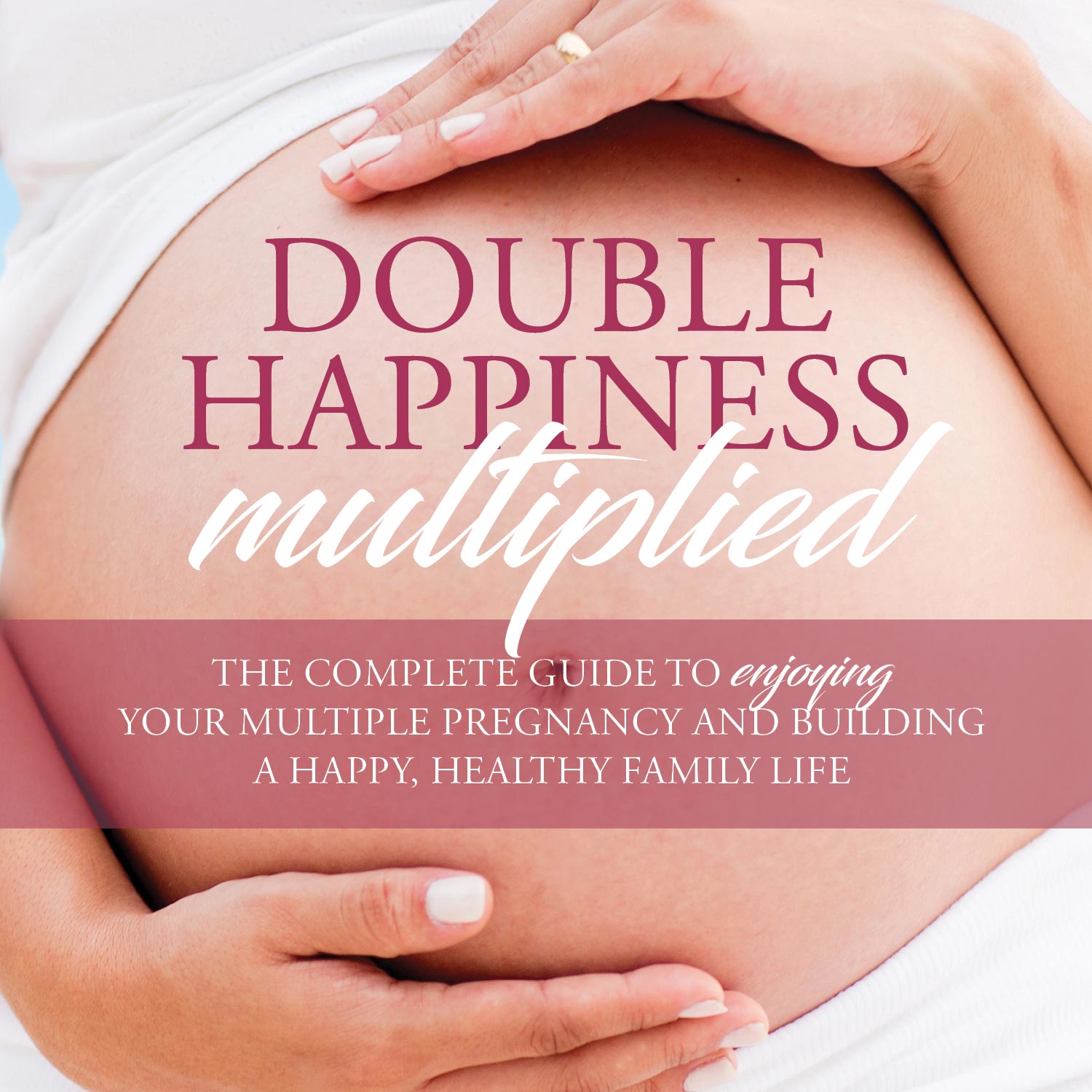 Sally Barker is the mum of identical twin girls who were born at 28-weeks’ gestation due to Intrauterine Growth Restriction or IUGR. Needless to say, the journey was rough and full of many highs and plenty of lows, too.

Over the next 12 episodes, Sally talks with experts in the fields of Maternal Fetal Medicine, Nutrition, Birthing, Mental Health, Breastfeeding, and much more. You’ll also hear from women who share their stories of having twins, triplets, and quads.

One of those experts you’ll learn from is Maternal-Fetal Medicine Specialist Associate Professor Craig Pennell.

Associate Professor Pennell has generously spent not only months working on this podcast with Sally, to ensure you receive the most up to date information, but for several years, she has been calling on him as the co-author of the book Double Happiness Multiplied – What You Need to Know About Having Twins, Triplets, or Quads.

Throughout season one of Double Happiness Multiplied, we’ll hear about multiple pregnancies, types of delivery, time spent in the neonatal intensive care unit, and we honour those families who sadly didn’t get to take their babies home.

Sally's goal is to give you all the information you need to ask informed questions when you attend your medical appointments, so you can make decisions that are right for you, your family, and your pregnancy.

You’ll notice that, throughout the podcast, Sally advocates finding a team that specialises in multiple births to manage your pregnancy, even when you’re searching for a doula or a hypnobirthing practitioner. Whether you’re in the public or the private system, you want to be with people who know what they’re doing and treat your pregnancy as an individual case, not merely a replica of some statistics that have been quickly read in a textbook.

Having twins, triplets, or quadruplets is often referred to as High-Risk simply because having multiples is very different to having a singleton and each type of multiple carries its own set of variables and possible complications, often resulting in your babies spending the first weeks or months of their lives in the Neonatal Intensive Care Unit … or NICU…

Your Pregnancy, Your Birth

Every pregnancy is different, and some of you will have a relatively uneventful multiple pregnancy and will deliver your babies vaginally and without pain medication, however, many of you will have challenges throughout your pregnancy, which will lead to your babies being born via caesarean section much earlier than was hoped for.

Many women aren’t mentally prepared for this to happen, so it’s to be aware of the possibility as many women beat themselves up because they didn’t get the birth they wanted. Sally even had a chap tell her she wasn’t a real woman and didn’t birth her babies because they entered the world via C-section. He went on to say his wife ACTUALLY gave birth to four babies, which made her a real woman. Of course, he didn’t know the story behind why Sally’s babies came into the world the way they did, but his comments made her feel pretty awful for a while, even though she knew the way they were birthed saved their lives.

It’s no surprise that some of you will have no problem breastfeeding your multiples, while some of you will struggle. When Sally was expecting her girls, another twin mum, who was successfully feeding her twins, told her that the only reason women aren’t successful in this area is because they’re simply lazy. You can imagine the pressure she felt after this comment. It’s absolutely not true by the way, and it’s important to know that if you need to supplement with formula to grow healthy babies then that’s your choice. Go for it!

Let’s be honest, your multiple pregnancy will put pressure on your couple relationship, especially if there are challenges to deal with. You’ll hear stories from others who have had relationship struggles and how they navigated them.

It’s a fact of life, that when your focus is strongly on your babies your couple relationship is often forgotten and put on the back burner to sort out later on. Oftentimes, with a multiple pregnancy, later on never comes.

We’ll hear from Psychologist Gretta Little, a twin mum herself, who offers some strategies to help guide you and your partner through your pregnancy and beyond in the hope to ease some of the pressures, which mum of quadruplets Jannelle Snaddon admits is part and parcel of your journey with multiples.

It would be great to see you in the Double Happiness Multiplied Facebook group where you can share your story and ask for guidance whenever you need it.

I wish you Double Happiness … Multiplied.