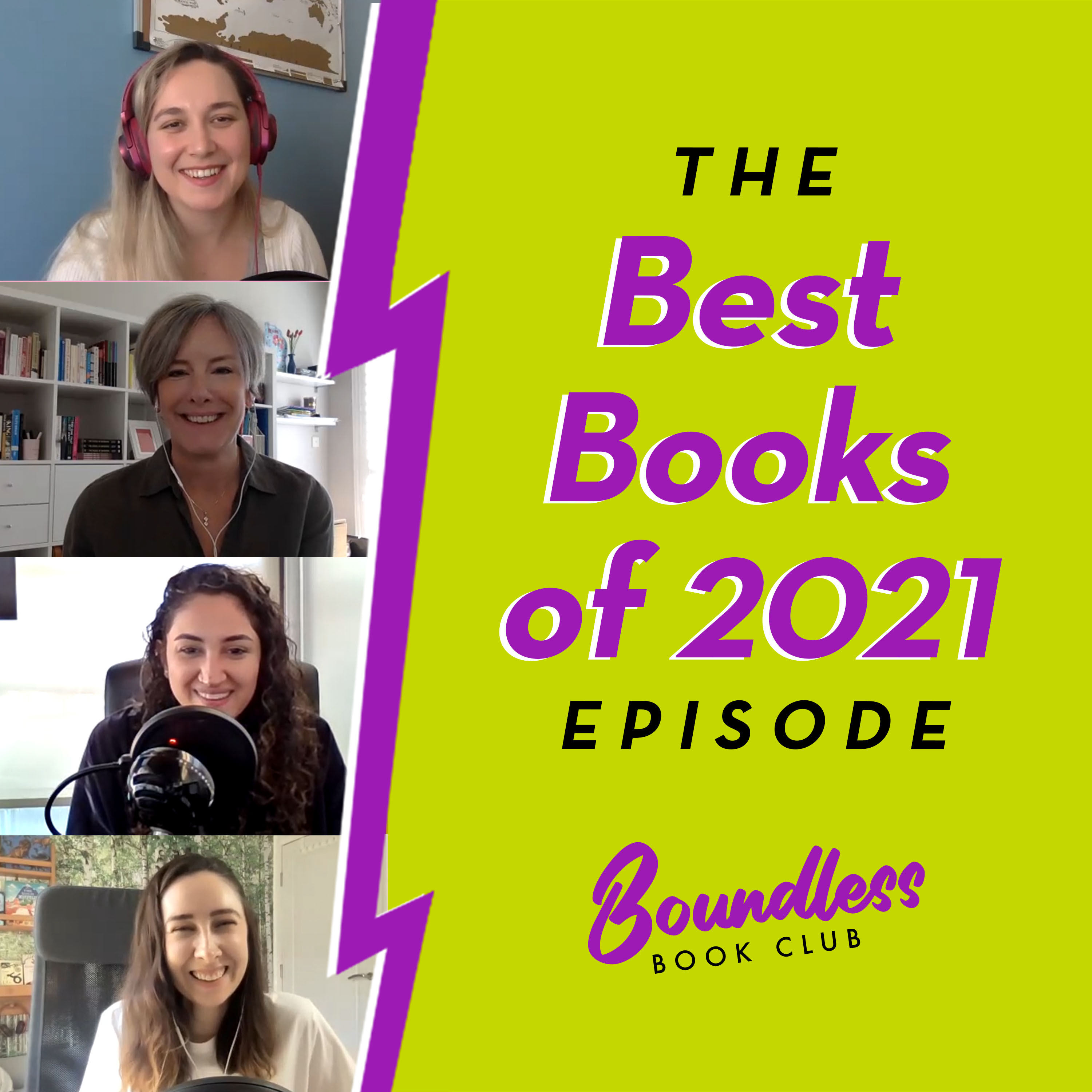 Toxic friendships, septuagenarian sleuths, solar powered robots, and talking religious cats are just a few of the topics addressed on this episode of the Boundless Book Club as Ahlam, Andrea and Annabelle are joined by author Annabel Kantaria to discuss the best books published this year, before moving on to discuss Annabel's own 2021 publication under the pseudonym Anna Kent: domestic thriller The House of Whispers.

Annabel has five published novels, with the latest, The House of Whispers, written under the pseudonym Anna Kent. She has a bachelor's degree in psychology, has worked as an editor for a woman's magazine and teaches workshops on writing and editing, including for inmates in Dubai Central Prison.

Books mentioned in this episode:

Klara and the Sun by Kazuo Ishiguro

Andrea has scoured the internet for the many 'Best Books of the Year' lists courtesy of critics and booksellers, taking in Vogue, The Guardian, The New York Times and many more. Names like Colson Whitehead with Harlem Shuffle, and Sally Rooney with Beautiful World, Where Are You? come up repeatedly, and in shared second place you'll find Rachel Cusk's Second Place, tied with Jonathan Franzen's Crossroads and Patricia Lockwood's No One Is Talking About This, but the clear winner for the most mentions on these list is Ishiguro's nuanced take on the inner life of a solar powered 'artificial friend' called Klara.

The House of Whispers by Anna Kent

Grace and Abi fell out at university years ago, but now Grace is making contact with Abi after she's started a new life for herself. As Grace slips back into her friend's life, something isn't quite right - and Abi's husband can't help but wonder why Grace has returned to exert this unnerving influence over his wife.

Worst. Idea. Ever. by Jane Fallon

Annabel Kantaria's recommendation is a tale of two best friends whose relationship is threatened when one of them tells a (well-meaning) white lie. Lydia's online business is struggling, and Georgia sets up a fake account to pose as a potential customer but Lydia starts sharing more than business with her, and Georgia is shocked by the truths that start pouring out.

The Last House on Needless Street by Catriona Ward

Multiple narrators tell this story of a man called Ted who lives in the last house on Needless Street, with his talking, religious cat Olivia, and his daughter Lauren. Children have been disappearing from the lake near Ted's house and Dee, who lost her sister years prior in the same lake, is sure Ted has something to do with it. A roller coaster horror/thriller tale that you'll inhale in one sitting.

The Man Who Died Twice by Richard Osman

How can you talk about the best books of 2021 without mentioning the ones that flew off the shelves? After the incredible success of The Thursday Murder Club, Richard Osman published another cosy crime caper in September this year: Elizabeth, Joyce, Ibrahim and Ron are back and this time they have murder, stolen diamonds and violent mobsters to contend with.

Andrea Gissdal is the Head of Communications and Marketing for the Emirates Literature Foundation. From a voracious and indiscriminate reader as a child, to a part time bookseller as a student, as an adult she has become a literary omnivore but with a preference for fiction. She also dabbles in creative writing, and once scored 82 points in one move in Scrabble. Best day ever.