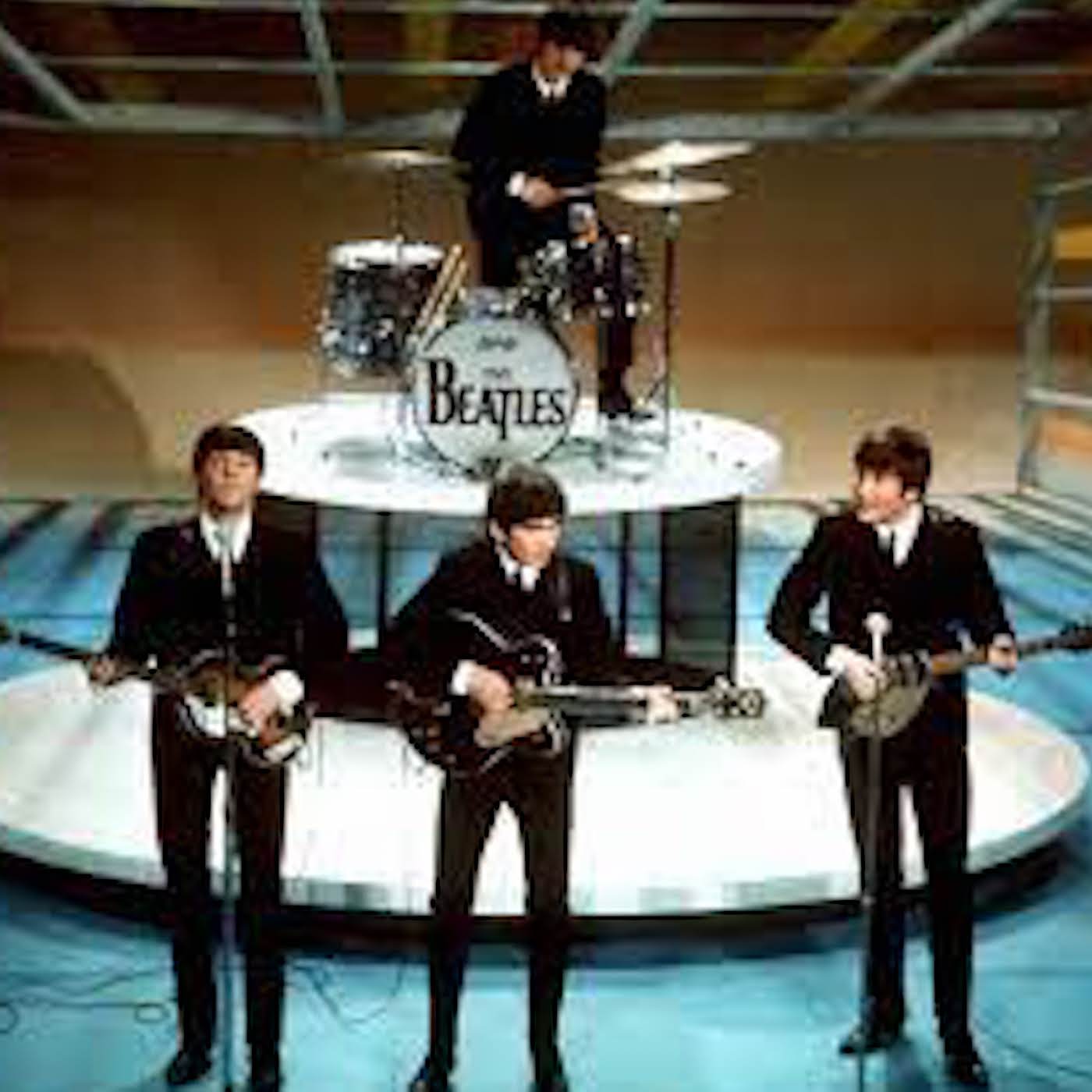 Hello hello hello and welcome to the Better Each Day podcast where recording artists’ share their backstories and their music and any embarrassing moments they care to share. I’m Bruce Hilliard and thank you for being here.

The '60s — an era when television was still a modern marvel, and viewers only had a few channels to choose from — TV variety shows were one of the most important influences of pop culture. Thus, Beatles fans were especially eager to show their support for their favorite boys by watching them on the small screen whenever they scored a televised gig. The band's February 9, 1964 performance on The Ed Sullivan Show was a particularly historic moment. According to the show's official website, it was their first live American television appearance.

The boys played five of their most popular songs at the time: "All My Loving," "Till There Was You," "She Loves You," "I Saw Her Standing There," and "I Want to Hold Your Hand." The performance drew 73 million people to their TV screens.

I love the song list because it starts out with an up tempo, new to American ears “All My Loving” and immediately segues into “Till There Was You”, a ballad from a popular broadway hit and movie…a song that would prevent the parents from switching the TV to Disney.

It worked like nothing our generation could have ordered from a genie. Annoying enough parents (check), introducing new music (check) and making it look so f’ing fun and easy everyone watching wanted to be part of it.

When I say “annoying the parents” I mean that in a way that points out that the Beatles never harshed anyone and didn’t intend Armageddon by wearing their hair a hair longer than the normal Brylcreem buzz of the day and the radical suits and ties. Punkers in a tux.

In honor of the iconic broadcast's 58th anniversary in 2022, the Better Each Day Podcast collected snips from the anals (I shouldn’t go for that one any more) of time for a scrapbook of memorabilia. We had just witnessed a seismic cultural shift."

Fans started their own unofficial clubs, as well. Many of them amassed private collections of Beatles memorabilia. One Oregon club possessed a whopping "30 Beatle books, 9 Beatle records, over 2,000 Beatle bubblegum cards (some are duplicates) and 3,000 Beatles pictures."

Beatles fans who wanted to show off their affinity for the band with merch had a vast array of products to choose from. According to Consequence of Sound, in 1964, the Wall Street Journal declared that Beatlemaniacs across America were buying "Beatle wigs, Beatle dolls, Beatle egg cups and Beatle T-shirts, sweatshirts and narrow-legged pants." Beatle wigs? That's right. Plenty of the band's biggest admirers saw them as the perfect accessory to sport at concerts. The pop-on mop-tops were so popular that Lowell Toy Company, their officially licensed manufacturer, once told a reporter, "We're turning out about 15,000 a day, but we've got a backlog of 500,000 orders."

The wigs were only the tip of the iceberg. According to American Profile, young Beatles lovers in the '60s could also purchase officially licensed Beatles Halloween costumes, complete with flame-retardant masks. Beatles-themed board games, stockings printed with the boys' faces, Beatles-branded hairspray, and "Big Beat Beatles Bongos" were available, as well.

My personal goal is to become famous, say something the journalist can spin, make everyone like me and have a Pez dispenser mass produced in my likeness.

Accents and trends: Start with kids. Someone didn’t come here from England in the 1700s and suddenly proclaim (with a thick southern accent) “Hey there whisker biscuit, what say we pop a few poppers and Q up some ribs!”

No. It’s the next generation of Americans, those little snots, that lead our societies off on their new journeys to the latest ways. In this case, there had been a world war just over a decade prior, our president had been assassinated only three months prior. Really, the entire world was ready for something new and different…and really good.

Great Britain had not been on the top of list of notable composers for quite sometime…like as in never compared to the rest of Europe. This resulted in British royalty preferring the German, Italian and French and just about anyone but some Teddy Boys from Liverpool. Elvis, Sinatra, Garland, Bennet. None wrote their own songs. It may be safe to say Lennon and McCartney are the most famous composers in English history. The Bach, Beethoven and Brahms of jolly old England. And, some of the first pop singers to write their own songs.

So class, let’s recap. The post WWII climate, the assassination of a president that most Americans loved and millions of young ears wanting something new.

People love hype. The younger generation usually makes the most robust impact on not only pop culture but the way we eat, dress, speak and interact with one another.

The 60s in America are an example of rapid change. Sometimes history moves along so fast we don’t recognize it as it unfurls and somehow we fail to remember the good times that bring us together. In the case of the Beatles, these were the times that really defined teenage innocence and a world that was ready for a new soundtrack.

National Geographic presents Pop Culture and Society (it comes with a poster and free fan club membership). Like a John Mellencamp autographed ashtray. Now for some history.

Oh mommy I was surprised to read among other trends infused into society by the youth, our accents are also a result of immigrants' offspring inventing new ways to speak English.

When the first Europeans landed on the East Coast, they had been so seasick that they developed swollen tongues and baseball teams.