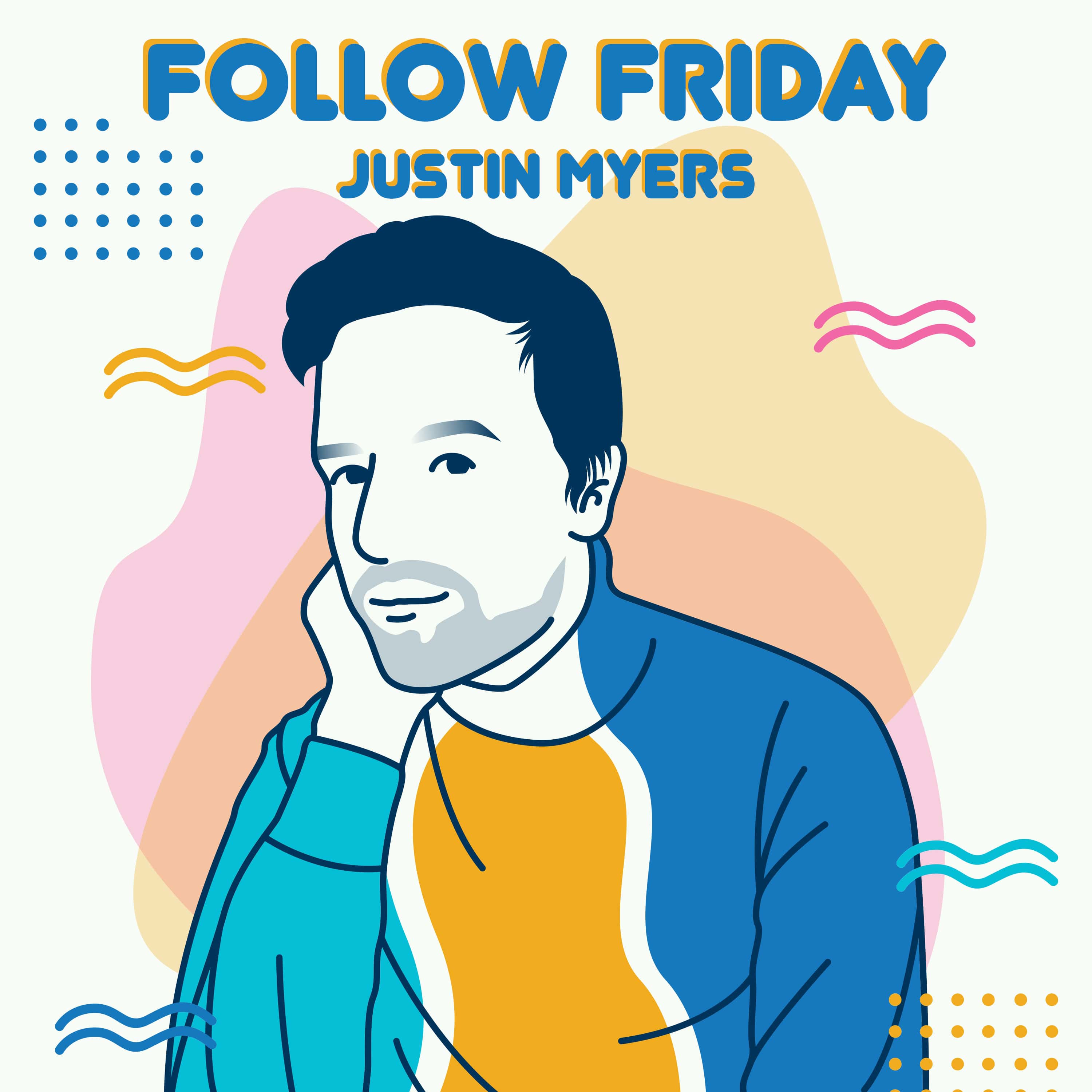 Justin Myers is a writer for British GQ and the author of three novels, most recently The Fake-Up. But he's probably best known for his blog The Guyliner, where since 2014 he has added his own commentary to a long-running dating column from the British newspaper The Guardian. Today on Follow Friday, Justin talks about four of his favorite people he follows online:

Thank you to our amazing patrons: Jon, Justin, Amy, Yoichi, Elizabeth, Sylnai, and Matthias. On our Patreon page, you can pledge any amount of money to get access to Follow Friday XL — our members-only podcast feed with exclusive bonus follows.

That feed has an extended-length version of this interview in which Justin talks about someone he has followed forever: Comedian Mollie Goodfellow.