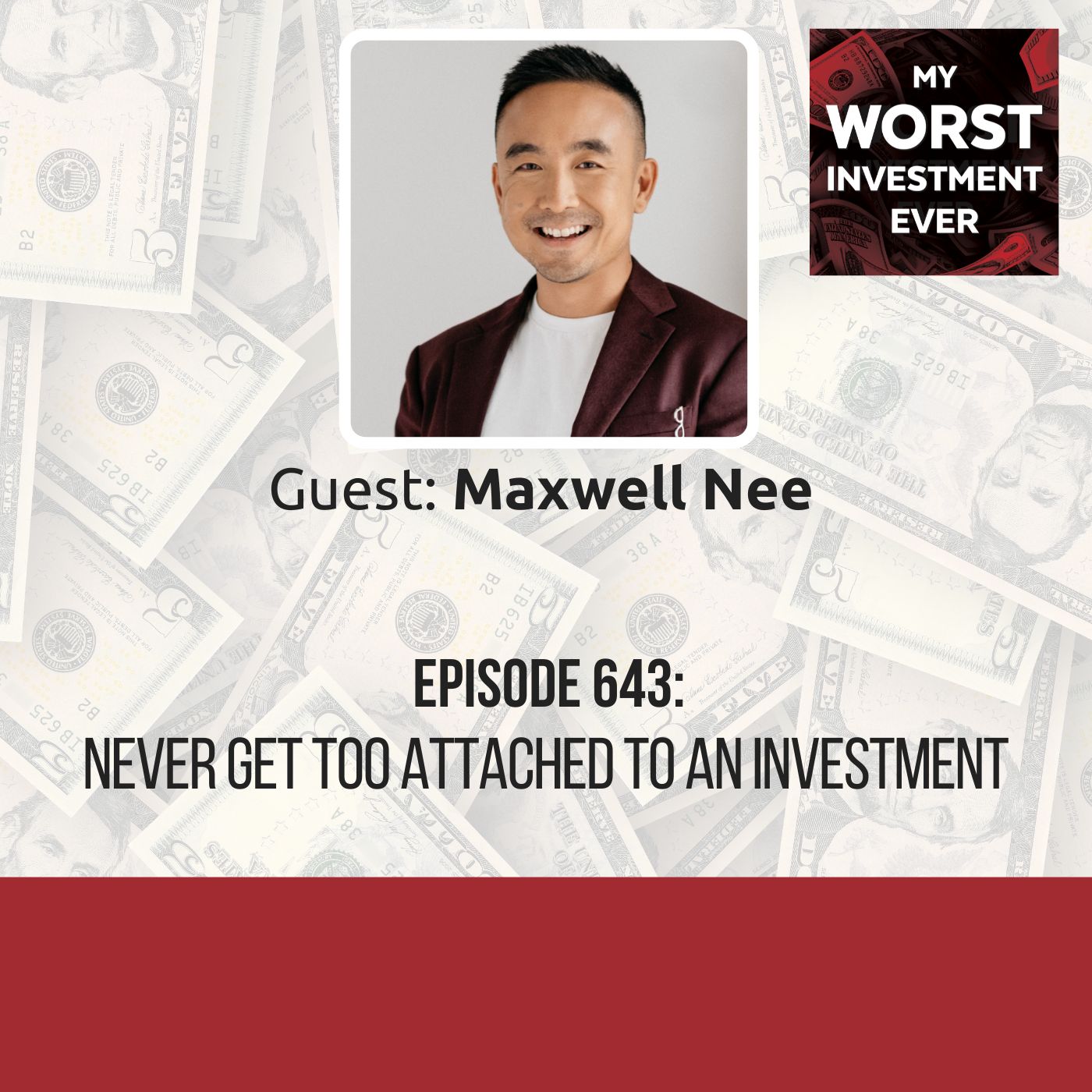 STORY: Maxwell bought an apartment in an off-plan contract and paid 45,000 Australian dollars as a downpayment. He was to pay the balance once the apartment was complete in about 36 months. Mid-project, he realized the deal was not worth it, so he pulled out of the contract and lost his downpayment.

LEARNING: Slow down and think about something before you commit. It’s okay to walk away from a bad investment.

“When you get fully committed to an investment, you only find reasons to fall more in love with it. Then it becomes harder and harder to walk away even if it looks bad.”

Maxwell Nee is the Managing Partner of OENO Wine & Whisky Investment. He’s a multi-award-winning entrepreneur who earns his investors a recession-proof and market-beating return with wine and whisky alternative investments.

When Maxwell was 21, he was in Brisbane, Australia, and the city was in the middle of a transition where everyone living in houses started to live in apartments. This led to developers building apartments everywhere, creating a massive oversupply.

Maxwell decided to move with the trend and bought an apartment off-plan. The apartment was worth about AUD 450,000, and since the apartment wasn’t built yet, Maxwell would pay a 10% deposit and clear the balance after settling in—about 36 months later. He was absolutely in love with this plan from the moment he walked into the showroom. Maxwell used to watch the show Suits and always admired one of the lead character’s New York apartments—the showroom looked like this apartment. Maxwell was in love with the lifestyle of a young professional living in New York City. So he was sold on the property and didn’t even really care about the price.

Maxwell borrowed money for the deposit and spent three months picking furniture, forks, cups, glasses, crystals, whiskey tumblers, and all this stuff in readiness to live in his dream apartment. All this excitement distracted him from doing any due diligence. Maxwell didn’t look at the metrics or research the developer. He simply signed an unconditional contract which meant that no matter what happened, he wouldn’t get out of the contract.

About halfway through the project, Maxwell saw an article saying that because the place was so city-centric (it was in a boisterous place), and so the developer was legally obligated, according to the local council, to invest $10 million in triple-glazed glass. This was to protect the occupants from the noise. This was not good for the investors because it meant the developer would take that $10 million from them.

Maxwell worked at the bank at the time. So he went to get a loan to pay the remaining amount. The valuer went to value the property and informed Maxwell that he could only value it at 88% of what he had signed up for. So his expected value of the apartment was already 12% down. Maxwell started forecasting how long it would take him to return to parity and realized it would be about seven or eight years. It was such a losing position.

Maxwell’s loan was approved, but he decided last minute to walk away, even if it meant losing his deposit of $45,000. The developer tried to extract the balance from Maxwell, so he returned to his agent, who helped him find a replacement buyer. The new buyer only signed the deal because Maxwell signed over his deposit to them.

Put your hand up more and seek an expert instead of blindly getting into something you don’t know about.

Maxwell’s number one goal for the next 12 months is to educate and empower as many people as possible and guide them in their investment journey.

“Guys, Andrew has got this podcast down pat. So subscribe and listen. I really love this concept.”