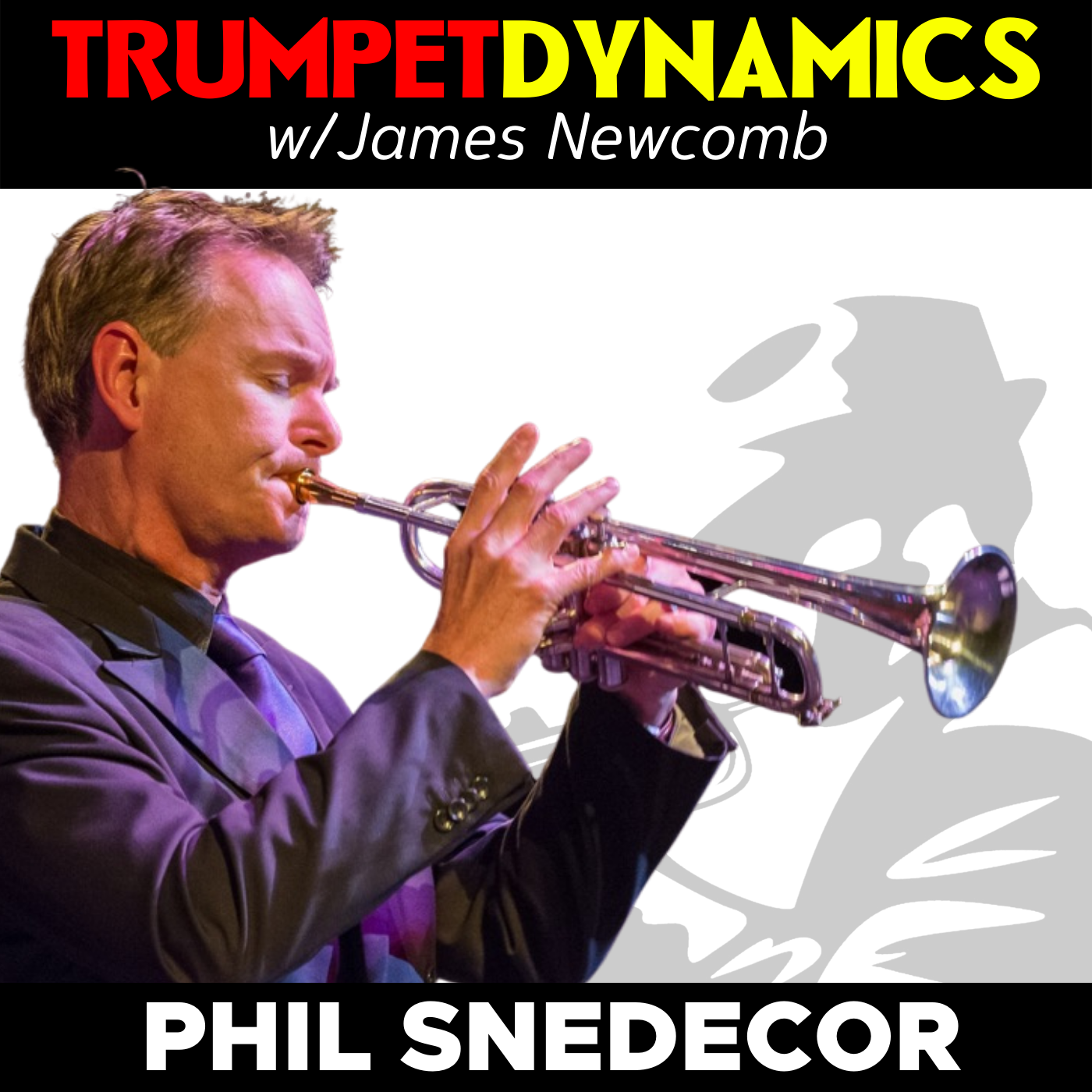 I was going to wait a couple of weeks to publish this episode with Phil Snedecor, but I thought I just played his episode from five years ago last week on the feed, why not just put it up this week?

So here we go. In this episode, we dove deep into a lot of really interesting topics, including a continuation on what it means to be nervous versus confident, and how the two intersect in an ideal world. We also talked about how to teach students how to teach themselves to be the best player that they can be, how to know when is enough air to say what we want to communicate with our horn, how to make the difficult things effortless, and much more.

We were also treated to my wife Sana being on the call with Phil and myself, and she asked some very poignant questions as well. So enjoy it!

In this conversation with Phil Snedecor, you will hear:

-Phil gets us up to speed on his whereabouts trumpet wise...

-What does it mean when we get nervous?...

-How to make the difficult things easy...

-What personalities are naturally attracted to trumpet?...

-What it was like to record the Carnaval album with Wynton Marsalis...

Resources mentioned:Video: "Gone but Not Forgotten"

Here are the pics Phil mentioned of the recording session w/ Wynton:

Phil Snedecor is Associate Professor of Trumpet at the Hartt School (of the University of Hartford) in Hartford, CT, and a former faculty member at The Peabody Conservatory, George Mason University and at Towson University. He has written a series of brass etude books that are required repertoire at many colleges and conservatories. His arrangements and compositions have been performed throughout the United States, Europe, Asia and Australia.

Phil attended the Eastman School of Music in Rochester, New York, where he received the prestigious Performers Certificate and was a member of the premiere brass quintet, the Canterbury Brass. While earning his degrees in trumpet performance and literature, he also studied arranging and composition with Professor Rayburn Wright, formerly arranger for Radio City Music Hall. Mr. Snedecor is a former member of the Baltimore Symphony Orchestra and has held one-year positions with the National Symphony, the Kennedy Center Opera House Orchestra and the Baltimore Opera. He is Principal Trumpet in the Harrisburg (PA) Symphony Orchestra and former Co-Principal Trumpet in the Concert Artists of Baltimore. Mr. Snedecor has performed and toured throughout the United States, Europe and Asia.

In 1993 Mr. Snedecor and National Symphony Principal Trombonist Milton Stevens co-founded The Washington Symphonic Brass, a 17-piece professional brass ensemble. They perform regularly for the Washington National Cathedral, St. Matthew’s Cathedral, the Basilica at the Shrine of the Immaculate Conception, and with the Washington Choral Arts Society at the Kennedy Center. They were the official instrumental ensemble for the Papal visit of 2008 in Washington DC and are heard regularly in their own concert series in DC, Maryland and Virginia. Their critically acclaimed CDs are available on the Summit and Warner Classics labels. Phil’s innovative programming and arranging for the WSB has led to several guest conductor appearances, most recently with the River City Brass Band (Pittsburgh) and the Breckenridge (CO) Brass.

As a show player, he has performed in the touring productions of Guys & Dolls, Phantom of the Opera, Beauty and the Beast, Peter Pan, Evita and West Side Story. He has recorded under the RCA, CBS, Gothic, Koss, and Summit labels. Phil’s solo CDs, The Lyrical Trumpet I and II are also available on the Summit Label.

In 2012, Mr. Snedecor founded the DC Pops Orchestra, a 30-piece ensemble featuring some of the best Jazz and crossover artists in the region. This group has provided music for the elite of Washington in prestigious venues such at the National Building Museum and Mellon Auditorium.

Audio production and show notes provided by the GSD Network.