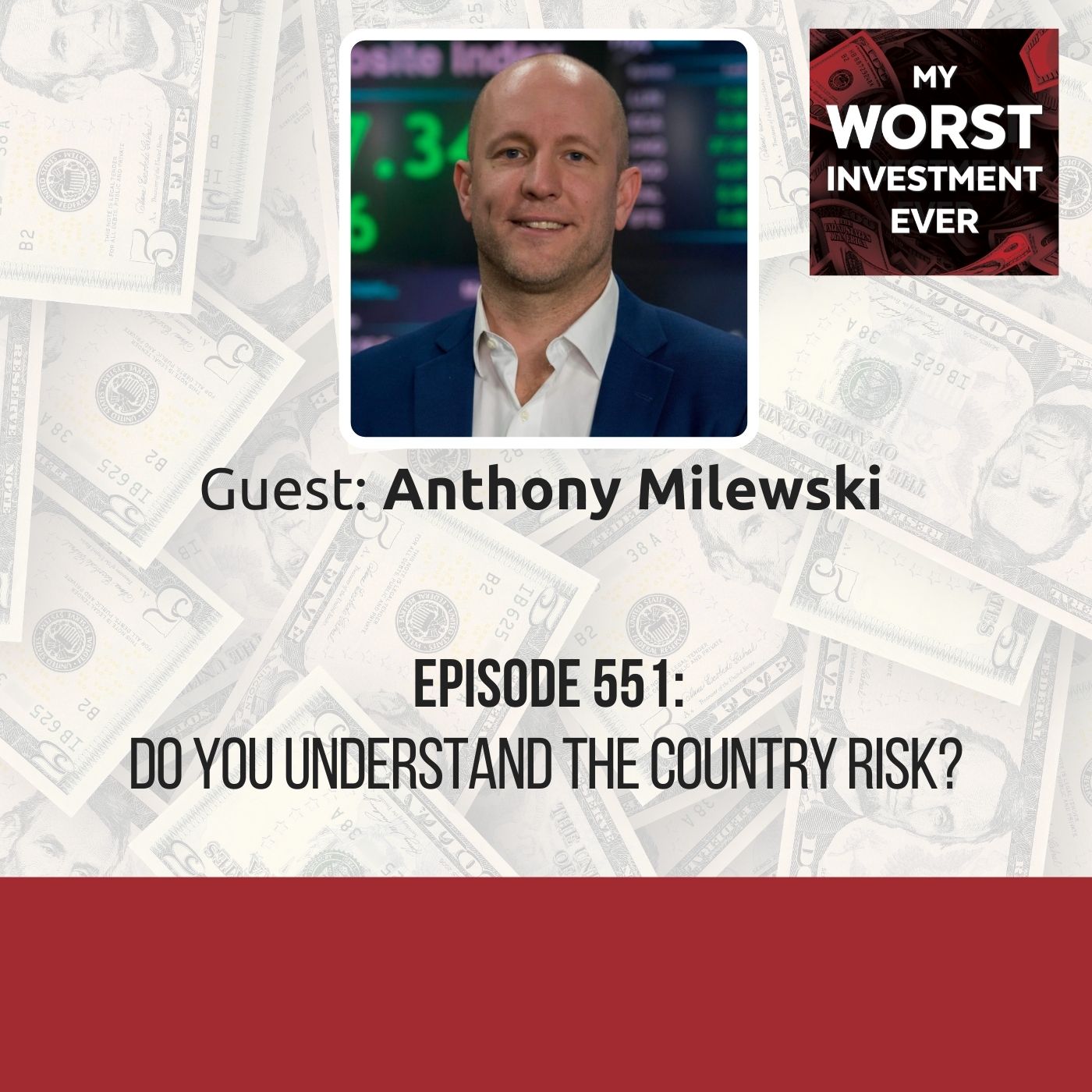 BIO: Anthony Milewski is an investing veteran and Chairman of Nickel 28 – a battery metals-focused investment company focusing on metal streaming and royalty agreements.

STORY: Anthony and a friend partnered to drill oil in Indonesia. They pooled $10 million and hit the ground running. After facing one disaster after another, the partners gave up on the venture, having spent all the money, and not a single well was dug.

LEARNING: Understand the context of the foreign country you’re investing in—research both the expected return and expected risk.

“Why are you investing? Do you need to do this? What’s the alternative?”

Anthony Milewski is an investing veteran and Chairman of Nickel 28 – a battery metals-focused investment company with a focus on metal streaming and royalty agreements. The company trades on the Toronto stock exchange.

Anthony has been active in the battery metals industry, including investing in cobalt and actively trading physical cobalt. Previously, he was a member of the investment team at Pala Investments Limited, a leading venture capital firm.

A former partner and friend in Australia shared an idea with Anthony about these oil drilling blocks coming up for auction in Indonesia. Anthony figured it was a good idea, and so the two partnered and raised roughly $10 million. They were awarded a block.

The two partners thought they were to drill a couple of wells and become oilmen. It never happened.

They faced one disaster after another, from corruption locally to landowners fighting them to the inability to mobilize because they were being held to ransom by locals. Ultimately, they spent all the money they had raised but never drilled a well.

The partners’ undoing was their naivety to how complicated it would be to do an oil and gas deal with local landowners without a strong local partner.

Be thoughtful when investing in places where you don’t know anything about. Work with a management team that has an edge in that place. And if you don’t trust that investment, buy something else.

Anthony’s goal for the next 12 months is to do a triathlon.