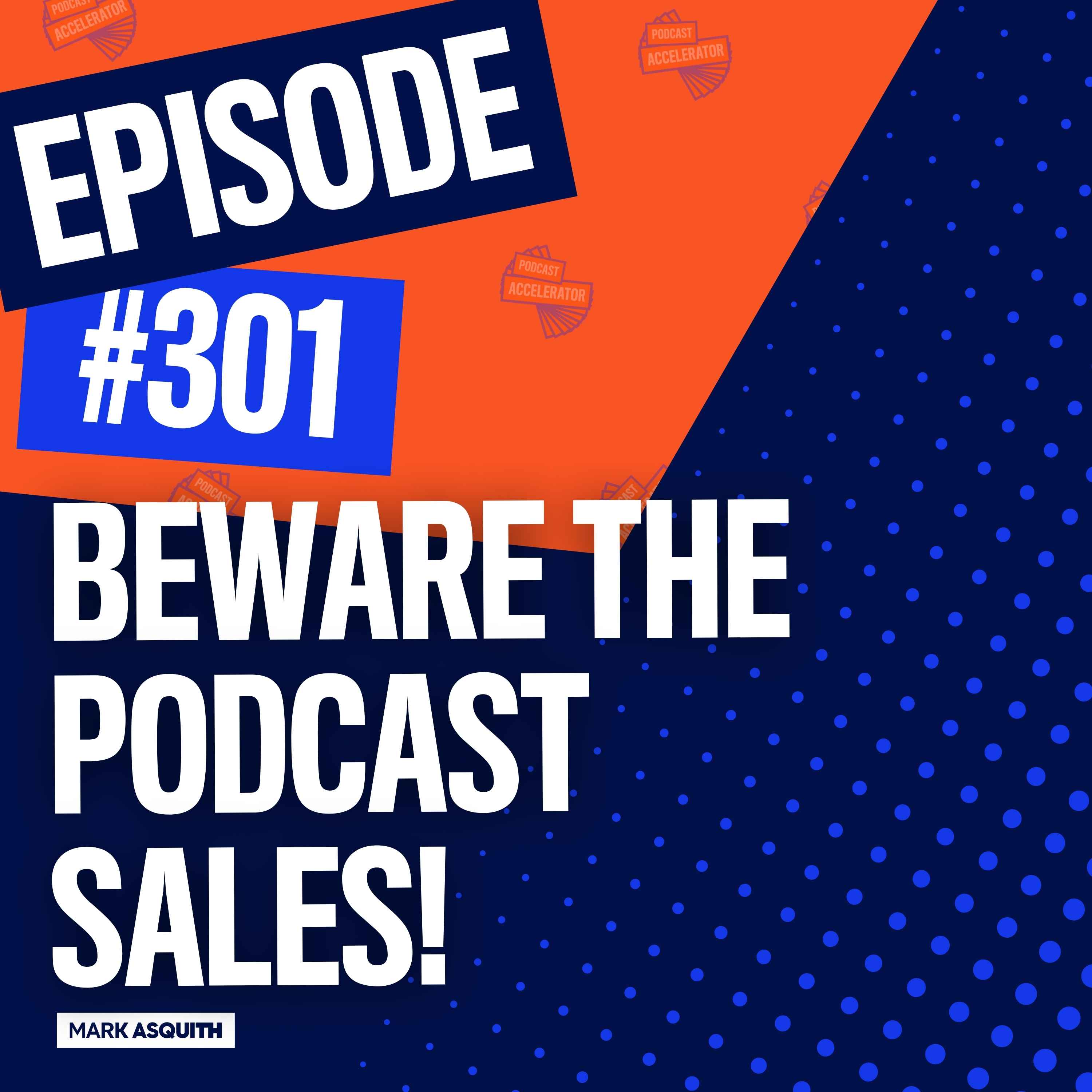 Black Friday just rolled around once more and, as ever, my inbox was flooded with sales from all sorts of people including podcast "gurus".

I'm sure that you had the same emails.

With January about to roll around again, the emails will just keep on coming with offers that are too good to be true, time-bound ("Act now!") and at a huge discount ("Down from $997 to $297, today only!").

It means you can save a bit of money, so what's the problem?

The problem is: to succeed at anything, you have to do something.

My Grandad didn't have a dog, but he bought dog food.

My Grandad was a really great guy. If you've seen my TEDx talk, you'll know how much he taught me about life and why that matters to the business that I've created today.

My Grandad loved my dog, Pete, and every time he went shopping he bought whatever dog food was on sale at a cut-price bargain. I once asked him why and he told me it was "just in case".

I really appreciated that (so did Pete), but he also told me that the other reason that he bought it was that "it was a bargain because it was on sale".

The problem was that he didn't need it and he didn't use it - Pete had already been fed every time we saw Grandad but he kept buying it.

Because he felt like he was saving money. That particular item was reduced, after all.

But... you're only saving money if you buy something that you need and that you'll use and then you go and find a deal on it.

Otherwise, you're spending money that you weren't ever going to spend in the name of "a bargain".

Why podcast course sales aren't all they're purported to be.

This holiday season, there are so many people in any field offering wild deals for the people looking to succeed in that field.

I've talked about the language that "gurus" use a lot and how it's all geared up to make you either a) buy or b) feel bad about not buying. Much of that language hinges on "FOMPS", an acronym that I just made up and that stands for "Fear of Missing Potential Success" - aka, "If I get [this thing, from this guru], it could be the very thing that finally helps me to achieve the success that I've been struggling to find."

You see it all of the time: Black Friday and early January are two prime times for the kind of "offer" that I described above and even if you're not susceptible to FOMPS (I'm liking that acronym, you know), the "gurus" have another trick up their sleeve: "WTHNIALTD".

Alright, that acronym doesn't work, in fact I can't even say it, so here's what it means: "Why the heck not, it's a lifetime deal".

You'll get some emails that offer a lifetime deal to a course or a membership that is simply too good to be true.

For example, you'll get an offer to buy lifetime access to an annual membership that usually costs $97 per year, and the lifetime deal will be something audacious like $297 - and it'll come with language like: "This is equivalent to ONLY THREE YEARS at the usual membership rate!"

It makes it feel like a no brainer... because it's almost affordable, too. So you're willing to stretch to buy it.

Why does it work?

Because you then think: "I'll use that one day; I don't have the time now but wow, that's a bargain so I have to get it RIGHT NOW or it'll go away forever and ever and ever."

And the "gurus" know that. They even tell you things like "The price is about to go up!" or "This is the cheapest you'll ever be able to get this!" - they sound like meat salesmen on a British seaside market!

They know that you were never, ever going to buy from them (because they segmented you into an email list based on your click behaviour and by potentially retargeting you via your content clicks) and that you'll probably never use the thing that you buy from them.

But that doesn't matter to them because you already paid them for a lifetime deal and they have banked that cash. If you don't use the thing that you bought, it's actually better for them because it requires no support nor any interaction from them at all.

And you, well you are buying something "just in case", just like my Grandad did.

In short: "gurus" make their money by attracting as many people as possible to their content and then counting on a small percentage of those buying something - that's marketing and it's the same for any online business - but unless you need the thing right now, do not spend on it. I've seen countless podcasters "invest" in things that never help or never get used - be vigilant.

If not, it isn't a bargain and there'll be another sale from the same person this time next year!

Save your money to invest in marketing and growing your podcast. You'll do better from it.

I teach podcasting a lot, and usually for free. So, here's what I'd recommend you do next:

P.S. you can start engaging with your listeners using AWeber. It's free, no credit card required: Mark.Live/Email

Every week I send out 1,000-2,000 words of completely free, tried and tested podcast education. It's totally focussed on helping you to grow and monetise your audience and has become one of the most trusted go-to places for honest podcasting education in the world. It's all free and you can get it below.

Start your podcast with Captivate.fm, try free for 7-days!
Find out which of the 4 big podcasting challenges is holding back your show