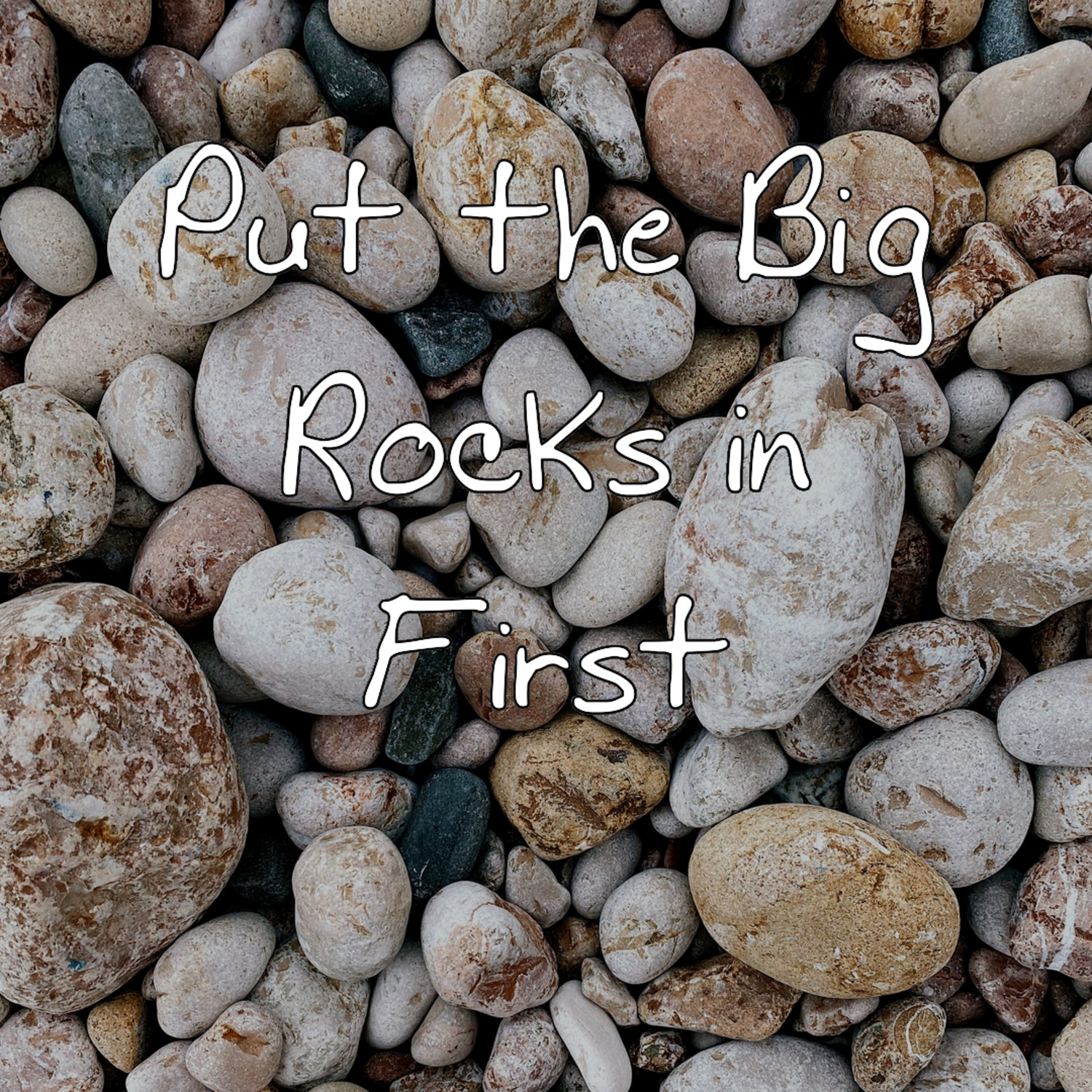 Willpower is a limited resource but so is time. Self-discipline requires conscious control over how we spend our time. Follow Stephen Covey’s advice and “put the big rocks first”—the less important tasks of life can be squeezed in later. Start the day with your priorities.

Get the audiobook on Audible at http://bit.ly/41Habits

Time management is all about understanding what your priorities are, so that you can focus on those first. Though this makes a lot of intuitive sense, the fact is that most of us tend to delay or dawdle on the things that are actually most important to us, choosing instead to focus on tasks that simply don’t add anything to the bigger picture.

In the ’80s, self-help author and productivity guru Steven Covey was the first to popularize the concept of “eating the frog” first thing in the morning. Basically, this means doing the most important thing (or else the most challenging or demanding thing) first in the morning. The idea is that if you make this a temporal priority, you will not give yourself the chance to get distracted or tempted by other unimportant information. You won’t get sidetracked by all those little tasks that seem like they’re important, but actually don’t move you forward one inch on your path.

Remember, you are dealing with several limited resources: time, willpower, and energy . . . not to mention opportunities. If you want to be an effective human being and accomplish your dreams, not just one day but as soon as possible, then you need to maximize on the resources you have. You have no choice but to be ruthless in cutting away distraction, temptation and irrelevant information.

Think of “big rocks” as your priorities. These are the goals, actions or events that carry the most significance or impact. Here’s the analogy: imagine a big glass jar. Your goal is to fill it up as much as possible. If you fill it with little rocks first, it’s far harder to then find space for a big rock. But if you put your big rocks in first, then there’s always a few corners to squeeze in a few small rocks, if you need to.

The glass jar is fixed in size and represents your limited resources. The big rocks are your priorities, and the little rocks are all those daily tasks that can clutter up your schedule and make you feel “bust”—without actually being productive. Typically, people lose productivity because they have no idea what their big rocks are, they have too many (which is almost the same as having none), or they cannot pull themselves away from the trifling, mindless “small rock” tasks that waste their time and energy.

Having a priority means that certain things necessarily go on the back burner. In fact, you’ll have to say no to most things. This takes discipline—but it also encourages discipline. If it’s 10 a.m. and you’ve already done your most effective and impactful work for the day, imagine how good you’d feel. You’d find room in the rest of your day to do all those trifling tasks, but they’d have their proper place—after you’d done the truly important thing.

How to Use This in Your Life Immediately

The first step is to obviously identify your big rocks. To do this, first get an idea of all the tasks you typically occupy yourself with and then group them according to these categories:

• Not urgent and not important (water)

• Urgent but not important (gravel and sand)

• Important but not urgent (small stones)

Urgent and important tasks are done first, always. Important but not urgent tasks are done next, before those things that are urgent but not important. Finally, tasks that are not urgent or important can be delegated, ignored or pushed down the list to when you have a free moment, if you want to. Don’t be heroic and try to do everything—this is not the path to productivity. If you don’t put the big rocks in first, believe me, you will not be able to put them in later.

Keep in mind that there’s no point arguing with the resources you have available—the glass jar is as big as it is, and that’s that. Your productivity will come from having the self-discipline to prioritize and organize your schedule to reflect the big rocks. The gravel and rocks and sand tend to sort themselves out one way or another. Focus on looking at your schedule and making sure the big rocks are getting first place in your day.