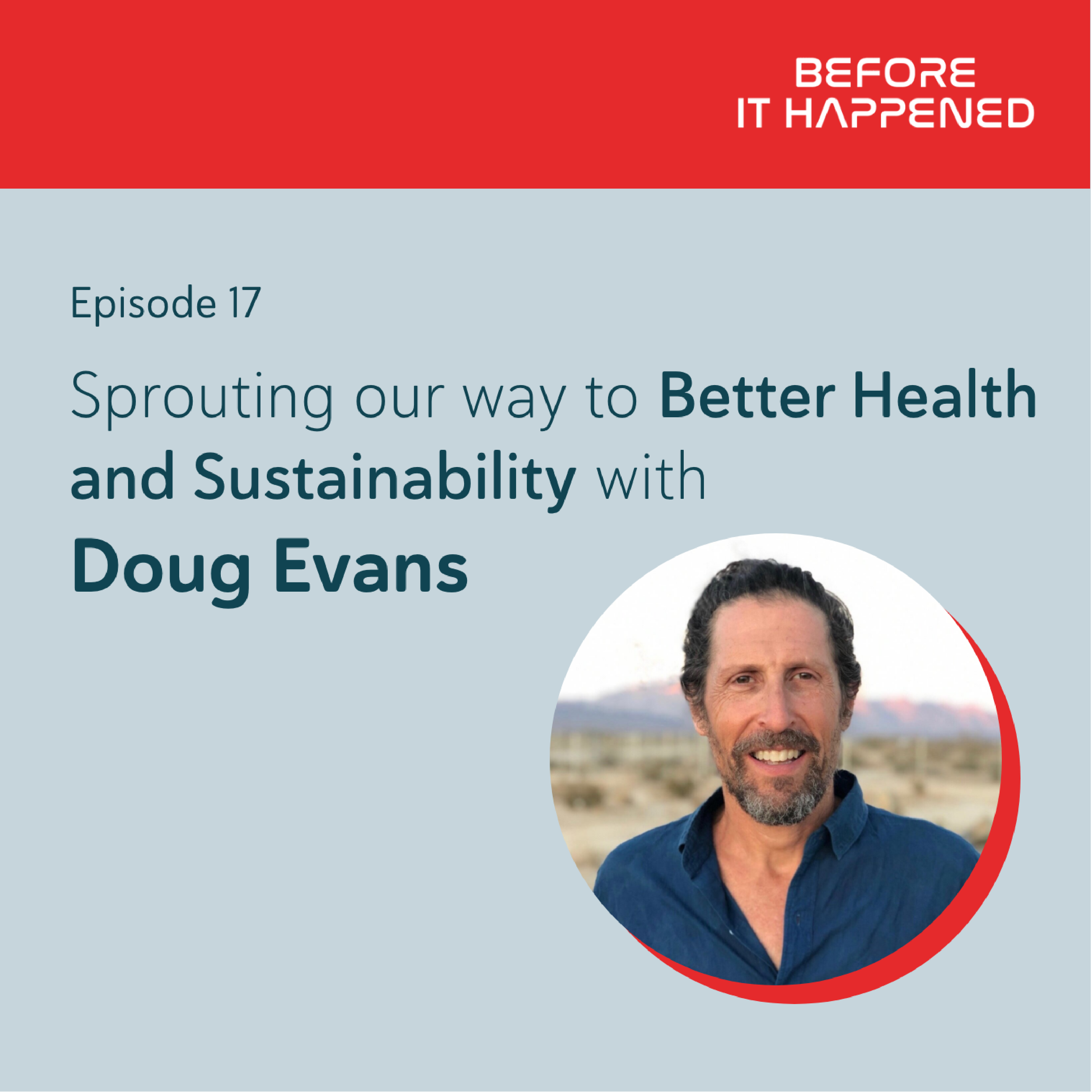 Healthy eating has become a multimillion-dollar business. But there’s one superfood that hasn’t gotten the recognition it deserves. In this episode of Before IT Happened, our host Donna Loughlin talks to a pioneer in the plant-based health movement, Doug Evans, co-founder of Organic Avenue, founder of Juicero, and the author of The Sprouts Book. Doug talks about his latest work, advocating for sprouts — the simple and cheap food he calls “the ultimate superfood.” Could these tiny living seeds be the answer to the world’s food crisis? Listen now and learn how the entrepreneurial spirit has caught on to the healthy food trend and what’s coming in the near future for this market.

(01:58) - Doug’s childhood growing up on the standard American Diet - “I remember sneaking into the kitchen in the middle of the night and eating the whole Philadelphia cream cheese, just wanting more fat and more sugar.”

(08:16) - Enrolling in the Army - “My thought process was that it would be fun. I would get into shape. I would learn discipline. I would save all of my money. And when I got out, I could do whatever I wanted.”

(13:27) - Graphic design and working for Paul Rand - “I watched an entire industry shift from analog to digital, from black and white to color, and watched the proliferation of the desktop computer obliterate an entire industry.”

(25:58) - Chasing the gold rush with Organic Avenue and Juicero - “What we had done with Juicero was the experience of making a fresh, raw, organic juice in two minutes with no setup, no cleanup and the freshest produce.”

(34:22) - Discovering the power of sprouts - “In the course of me moving to the desert, I started to sprout and within 30 days, most of my calories were coming from sprouts that I was growing in one cubic foot.”

(44:47) - How you can start sprouting today - “You can grow sprouts without soil, sunshine, sprouting medium, etc. You could literally grow them in a jar or unbleached paper towel with water for pennies a serving.”

Get Doug’s book The Sprout Book