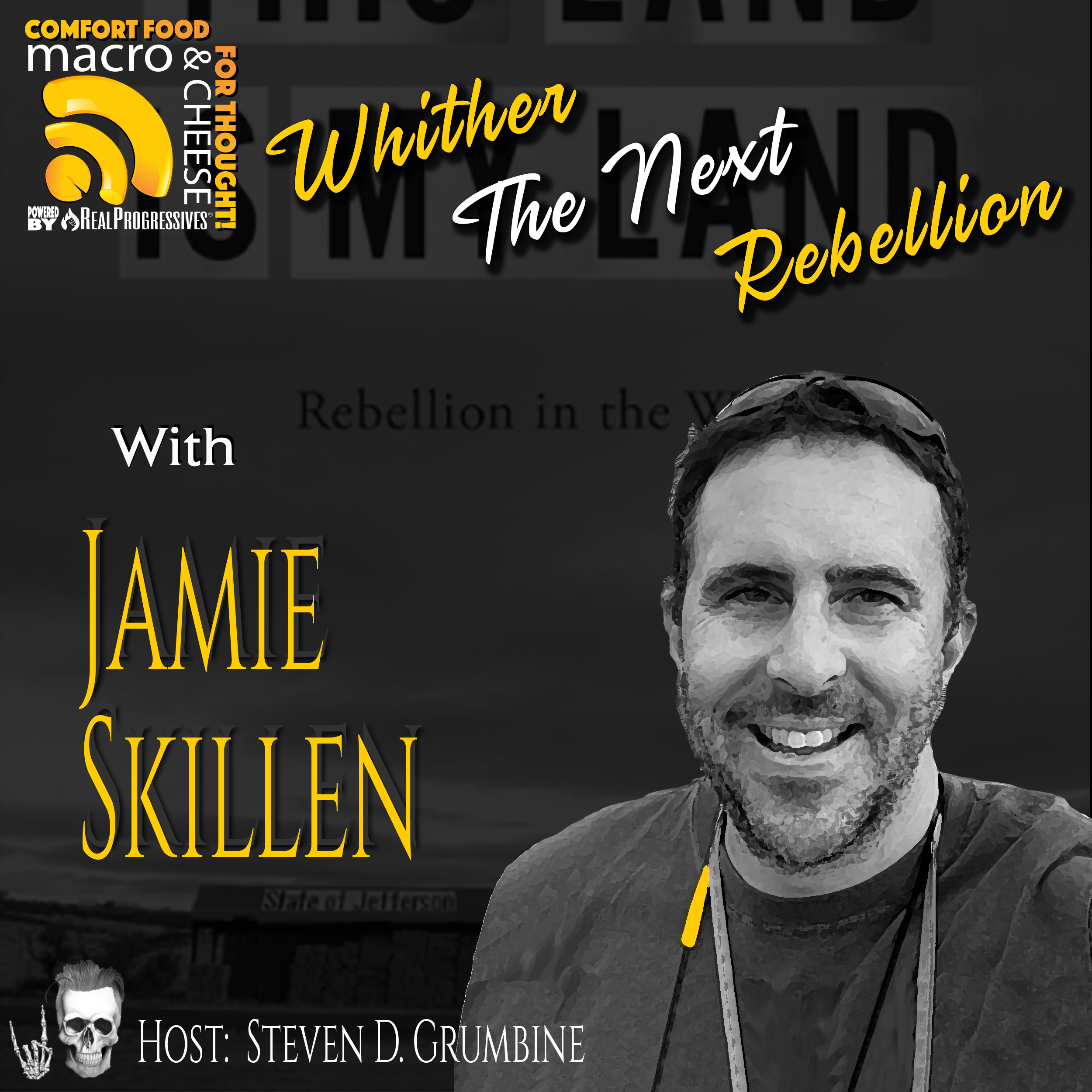 In 2014, Nevada cattle rancher Cliven Bundy and his supporters engaged in armed confrontation with law enforcement. Bundy had been embroiled in a 21-year legal dispute with the US Bureau of Land Management. The “Bundy Standoff” was splashed across the news, allowing the public to watch as Cliven Bundy became a hero – a symbol of conservative America under attack by the federal government.

This week, Jamie Skillen talks with Steve Grumbine about the history and politics of federal lands. Skillen’s book, This Land is My Land, traces three periods of rebellion against federal land authority over the past forty years. The issue wasn’t originally defined by the so-called left/right divide. Prior to the Sagebrush Rebellion (1979-1982) these were regional actions waged by people who shared a common material interest in federal lands, regardless of political identification. Since 1979, however, federal land issues have become flashpoints in conservative politics.

In a nation that prizes private ownership and individualism, isn’t it ironic that the federal government owns 28% of the surface land? Conservatives demand these lands be ceded to the states, but were that to happen, the states would have to bear the cost of maintaining them. Politicians rail against public lands, pledging to eliminate them, while fully aware of their constituents’ love of national forests and parks.

When the federal government encouraged expansion beyond the original thirteen colonies, European Americans settled wherever there was arable land, across the Midwest and Great Plains and, eventually, on the West coast. The topography of the intermountain region was less hospitable to agriculture. When, in the late 19th century, the US government began creating national forests and parks, the lands available to it were largely those that nobody wanted at the time.

Historically, the federal government manages the development of oil, gas, coal, and timber, as well as ranges for livestock grazing. Generally, about half of the revenues from these ventures are given to the counties where they’re located. Any new federal regulations, restricting timber harvesting, for example, directly affect jobs and slice into funding mechanisms for those counties. (As MMTers, we know that states and counties are currency users, not currency issuers.)

Skillen sees the public lands issue as a microcosm of our national politics, replete with all the contradictions and hypocrisy therein. While Western states and conservative political leaders have become increasingly radical and vitriolic about federal ownership …

... I never hear a parallel complaint against the market economy, against corporations. There is built into our culture this idea that what government does is a choice, and we can question those choices. We can make different choices. Whereas what the markets do is like nature; it’s like evolution.

Note to the Macro N Cheese audience: on our website, realprogressives.org, you’ll find past podcast episodes with transcripts and extras. Please consider supporting Real Progressives by becoming a monthly donor at patreon.com/realprogressives.