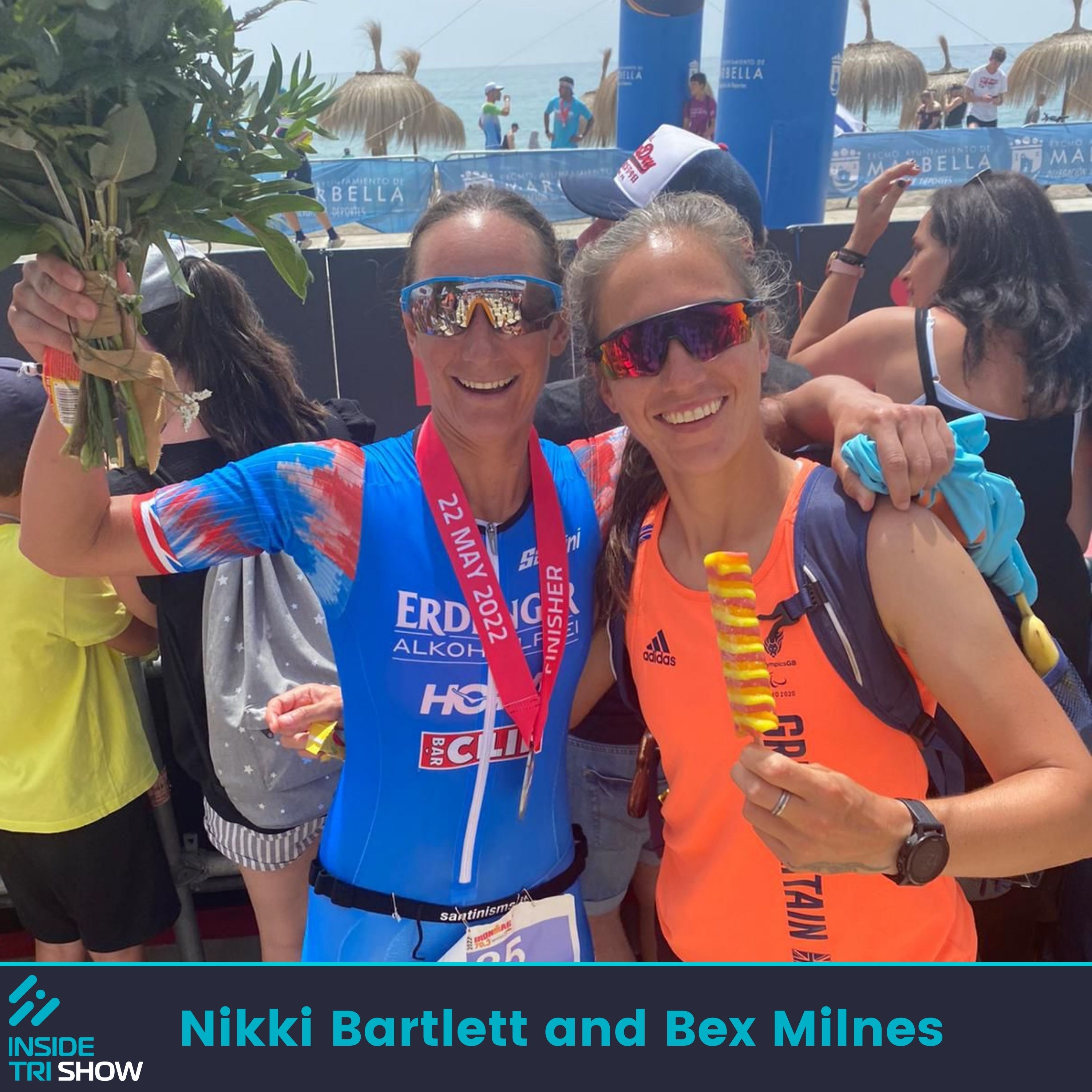 Nikki Bartlett is joined by her partner and coach Bex Milnes in this episode. The pair met in 2012 through triathlon. Bex was asked to help Nikki with her swimming after she had decided to switch from rowing to triathlon. Nikki has since gone on to become a professional triathlete and an Ironman Champion. Bex also had aspirations to become one of the best triathletes in the World, but switched her attention to coaching. She started her coaching journey with Triathlon Scotland before becoming Lead Paratriathlon Coach with British Triathlon.

08:45 How Nikki and Bex met through swimming

11:45 Bex's background in coaching and her dreams of becoming full-time triathlon coach and how they ended up in Scotland for five years. "I was hell-bent on becoming a full-time coach. I was just desperate to coach."

18:15 Nikki's story about how she learnt to tumble turn.

20:15 Was Bex nervous about switching from being an athlete to being a coach? Some really good stuff about helping young athletes to see the bigger picture, the drop-off in young female athletes and why Bex is so passionate about the female pathway and the importance of female coaches and female coaching role models.

25:45 Why Bex thinks that it's really important for young females to have a female coach available to them, if that's what they need.

28:15 About their move to Loughborough, when Bex got a job with British Triathlon.

29:45 Why and when Bex started to coach Nikki. Why Bex was initially reluctant to coach her, but why it's working out well. "Nikki is one of the easiest athletes to coach and I know she needs fun sessions as well."

37:45 What it's like for Bex supporting Nikki now that she is her coach as well as her partner.

40:15 Why Nikki loves interacting with age group athletes so much

43:15 Bex talks about the decade she has spent working with British Triathlon. "It's been the biggest privilege."

47:15 What would Bex change about triathlon if she could? "I'd make it free."

49:15 Why Bex is leaving British Triathlon behind to set up her own coaching business, Bex Milnes coaching. "I just want to be in a position to support more long distance triathletes to achieve their goals and I'm excited about what the future has in store."

54:45 The very long lasting engagement 'it's a running joke in the family.' (they've been engaged for 6 years.)

Resilient Nutrition - Get 10% off by using the code insidetri10 or go direct via this link.

33 Fuel – natural and very yummy sports nutrition. Use the code INSIDETRI33 for a discount at checkout at www.33fuel.com