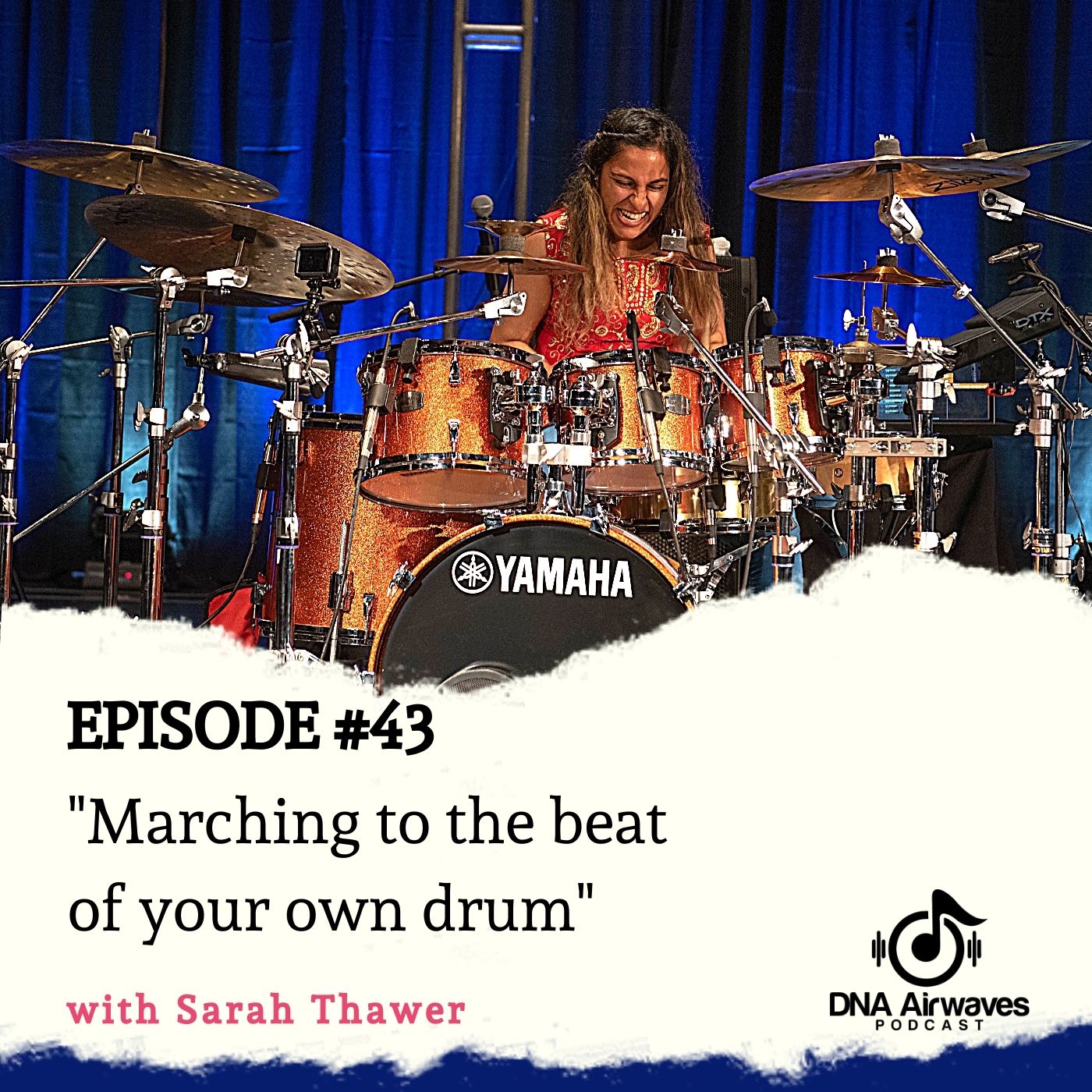 Sarah Thawer is a self-taught drummer based in Toronto, Canada, who's been performing on stage since the age of 5 years old. Sarah has found great success by embracing the world of formal education by studying jazz and world music at York University. She was the recipient of the Oscar Peterson Scholarship, the highest award given by the institution, and graduating with the Summa Cum Laude distinction. Her accolades and work ethic have taken her to share a stage with world-class artists, including AR Rahman, Ruth B, Jane Bunnett and Maqueque, Del Hartley, and D’bi and the 333, to name a few. We had an incredible conversation with this amazing musician, and we were also lucky enough to have her record some tracks in our studio that we included at the end of this episode as well