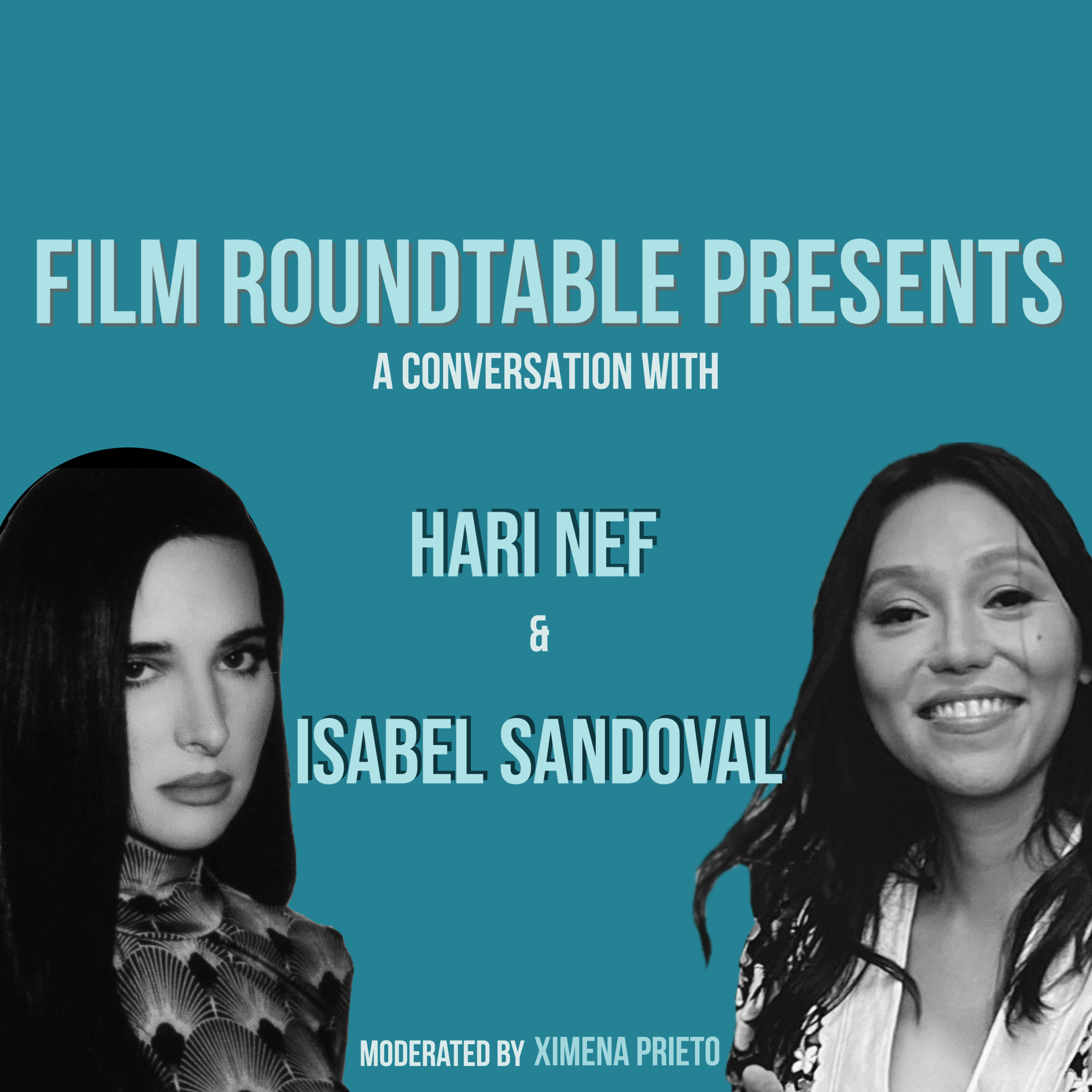 On our latest film roundtable, we host a conversation between Isabel Sandoval, Hari Nef, and moderator Ximena Prieto. The three start with a discussion regarding setting, introspection, and reflection, and Isabel points to the impact of nature well as the importance of sunlight on creative input.

Hari delves into her response to prompts as a writer, and the interaction with New York as a source and force to contend with, reflecting one’s place in the constellation communally and individually. Isabel discusses her early films as a calling card for her work as a talent behind and in front of the camera, remaining true to an intimate vision which she would not compromise on; Hari dives into this specificity, starting with the visual and political voice of Apparition, continuing with Señorita (Isabel contending with “third world cinema”) and expanding into Lingua Franca. They also discuss fictional historical narratives and the visual departures taken in Sandoval’s latest film, Shangri-La, which will screen at Venice Film Festival this year, and what this could mean for Isabel’s storytelling style going forward.

Other highlights include Hari discussing the embrace of chaos and discipline, creating as a reflection to the world around you, Hari playing Titania in A Midsummer Night’s Dream at fifteen, and Isabel divulging the influence of Jeanne Dielman on Lingua Franca.

Finally, we close with a question about the conscious inclusion of Identity Aesthetics, versus an unplanned and perhaps inevitable apparition of lived experience onto visual expression, as well as the importance of not becoming mired in either expectations or discourse, letting go, and having fun.